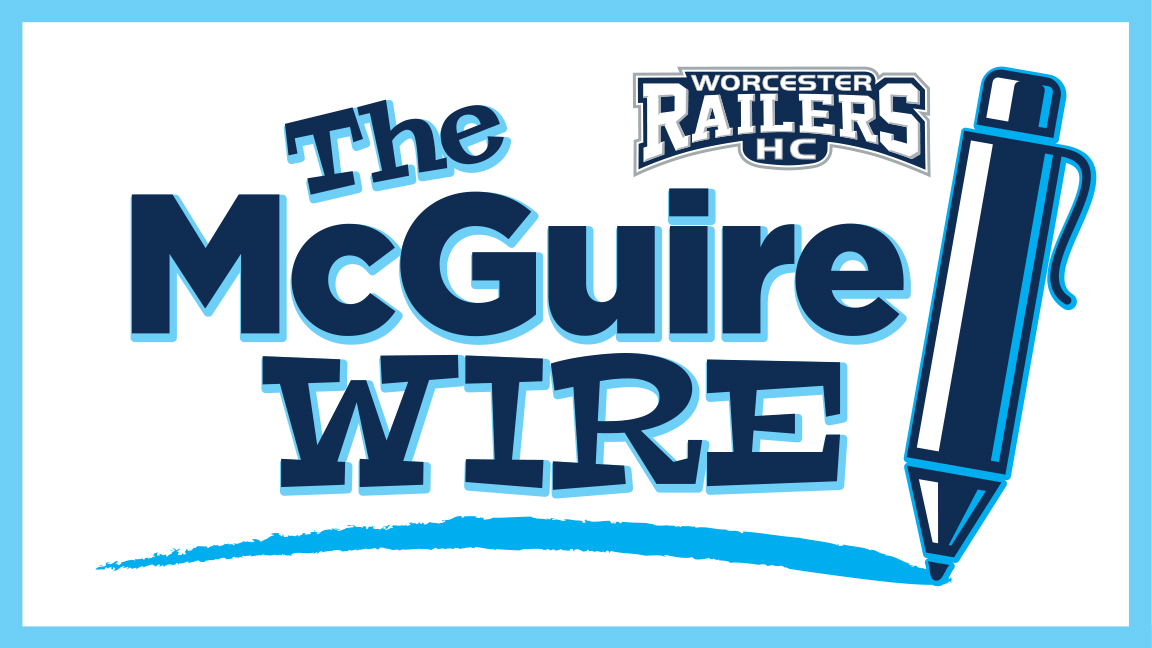 Hey, Railers fans Cam McGuire here checking back in after another busy week for the Railers staff!! Great to catch up with all of you once again after taking last week off from writing to all of you. It’s crazy to believe that we are down to the final two teams in the NHL Stanley Cup Playoffs as Dallas and Tampa will faceoff in the Stanley Cup Finals with Game 1 Saturday night at 7:30 pm. A big shoutout to the New York Islanders on a tremendous season and an absolutely stellar run in the bubble making it all the way to the Eastern Conference Finals and just two wins away from reaching the Stanley Cup.

In honor of the United Way of Central MA celebrating 100 years, the Railers staff participated in their annual Day of Caring which took place on Thursday. The annual Day of Caring 2020 took place outdoor, virtual, and remote service projects that occurred all day Thursday throughout Worcester with hundreds of volunteers impacting thousands of people as well as the community.

The Railers staff and their main man TRAX headed over to Webster Square to help clean any trash or clutter along the streets. We are so fortunate to have support from the Worcester community and love giving back whenever we get the chance. 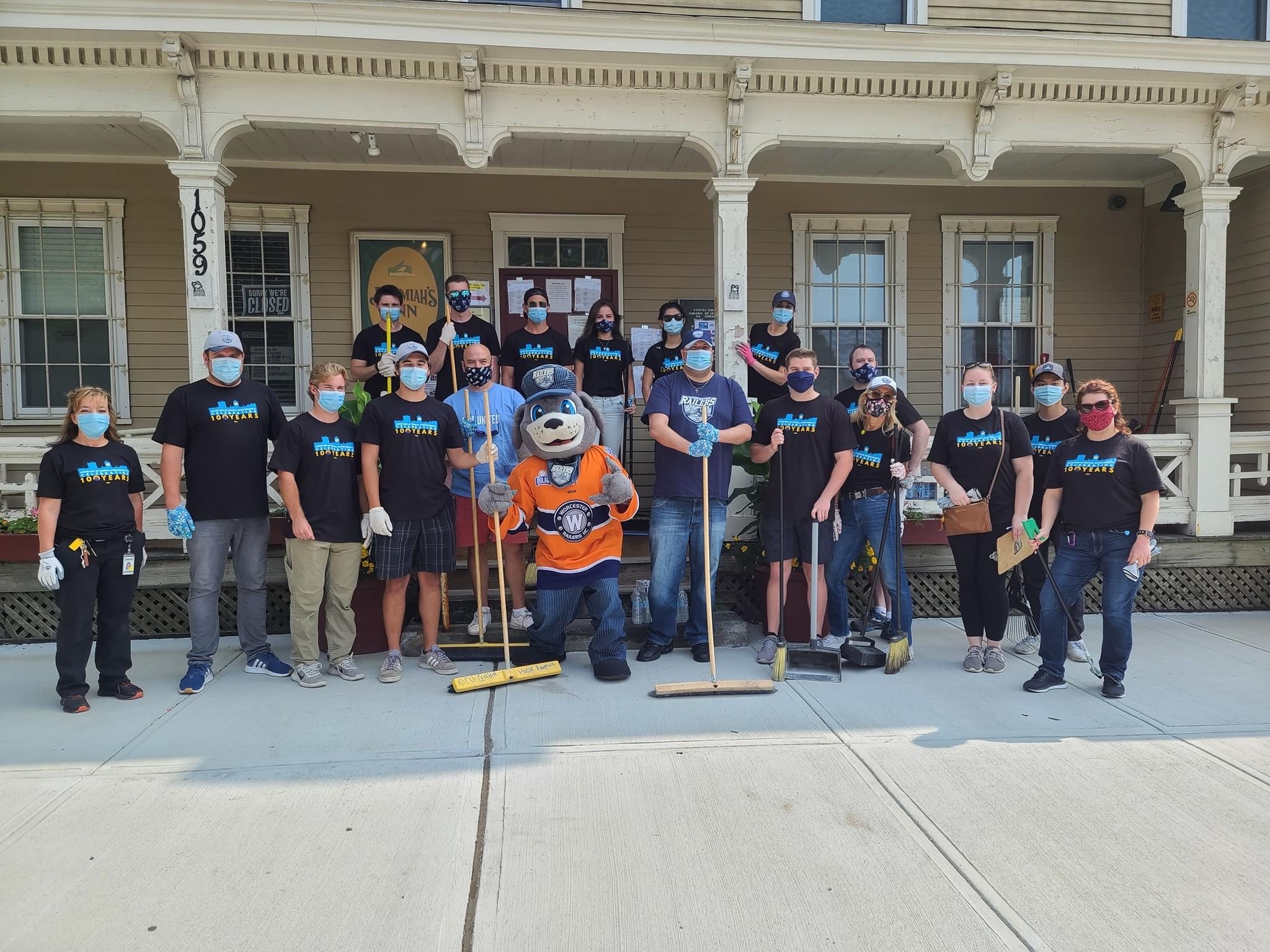 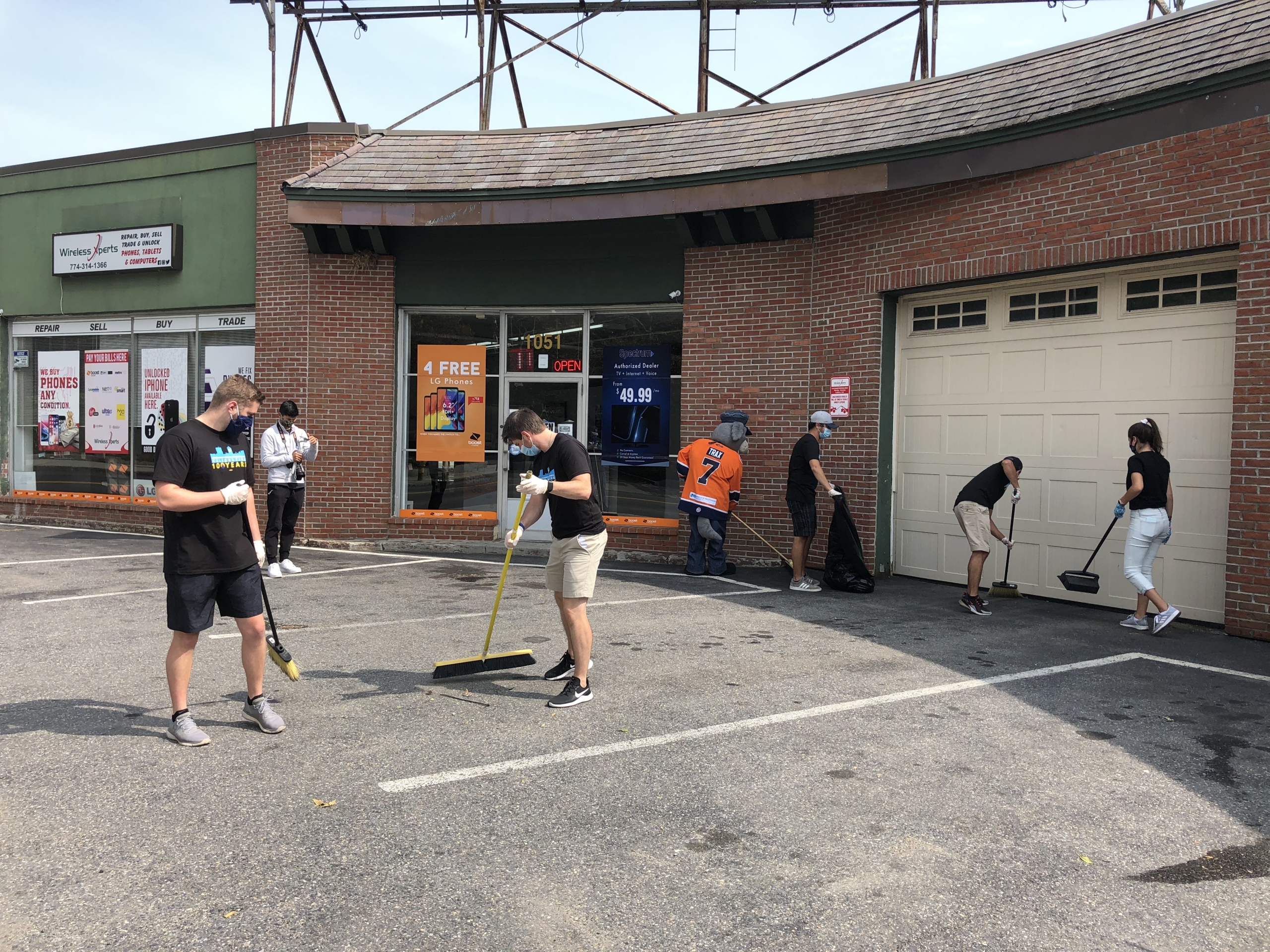 Did you hear the news?? Mondays might not be so bad after all especially if you are a RailersHC member. Every Monday for the next five weeks (Sept 21-Oct 19) RailersHC members have the chance to win prizes!

Every Monday at 12pm on our FACEBOOK page we will randomly choose one member to spin the Wheel of Fortune for a chance to win a prize. You do not have to on Facebook to be chosen…we will contact you if you win.

In addition, follow us on FACEBOOK and share your favorite photo of Railers hockey from the last three seasons with a small caption on how cool it is to be a member (must post before 11am on Monday). We will then randomly pick one member from the comments section on Monday at 12pm to spin the Wheel of Fortune!

We’ll see you this Monday for the first Member Monday… Good luck! 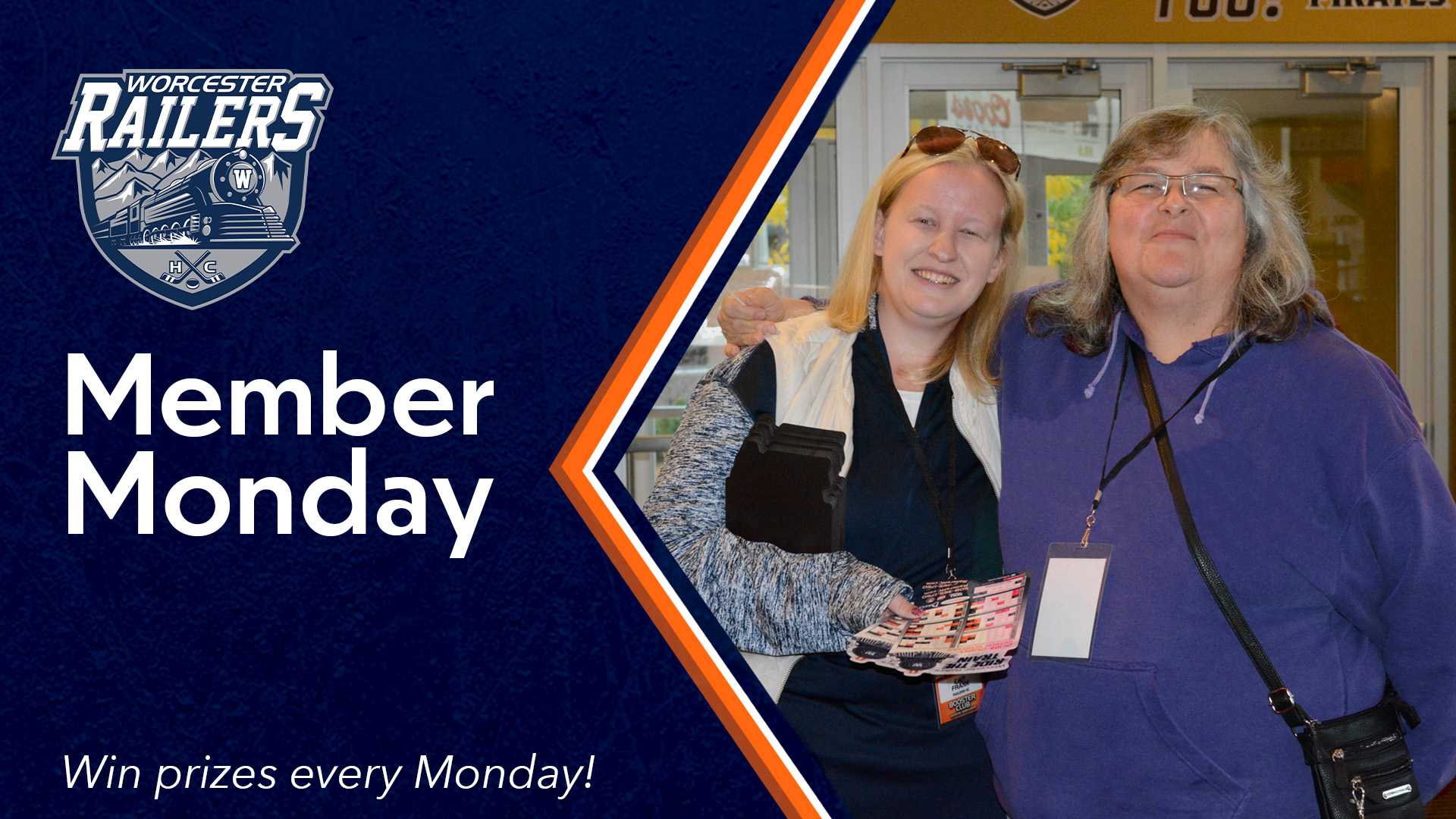 On Friday, the Railers announced the signing of veteran forward Mason Baptista who spent the 2019-20 season playing for the Greenville Swamp Rabbits (ECHL) tallying 40 points (15 goals, 25 assists) in 59 games. The 30-year-old brings 290 ECHL games under his belt with 183 points (77 goals, 106 assists) and spent parts of four seasons with the Fort Wayne Komets in his five ECHL seasons. Baptista joins forward Jordan Smotherman as the two veterans signed by the Railers for the upcoming season.

From Coach Cunniff: “Mason is going to be a tremendous player and leader for us this season. His knowledge for the game will be a valuable asset for our team and our younger players will be able to lean on him for guidance. He is a player with a very strong work ethic who has been able to elevate his game each season and we know that he will be able to do the same in Worcester this year.”

The Railers now have 16 players (13 forwards, three defensemen) under contract for the 2020-21 season.

It’s crazy to think that it has been just about a month and a half since the NHL resumed play in the hub cities of Toronto and Edmonton. Well, the time has come and we are down to the final two teams; the Dallas Stars and the Tampa Bay Lightning. The Stars are back in the Stanley Cup for the first time since 2000 and are looking to win their second Stanley Cup, the other coming back in 1999. The Lightning are back in the Stanley Cup for the third time in franchise history (2004, 2015, 2020). Tampa will look for their second Stanley Cup, the other coming in 2004 when they defeated the Calgary Flames. Interesting nugget for ya here, when Tampa won the Eastern Conference in 2015 they did not touch the Prince of Wales Trophy and ended up losing in the Stanley Cup Final to the Chicago Blackhawks. SO, this year when they huddled around the trophy after their Game 6 win on Thursday night members of the team decided to touch the trophy… now let’s see if their fortune changes this time around. With regard to the Railers Stanley Cup Playoffs Bracket Challenge: 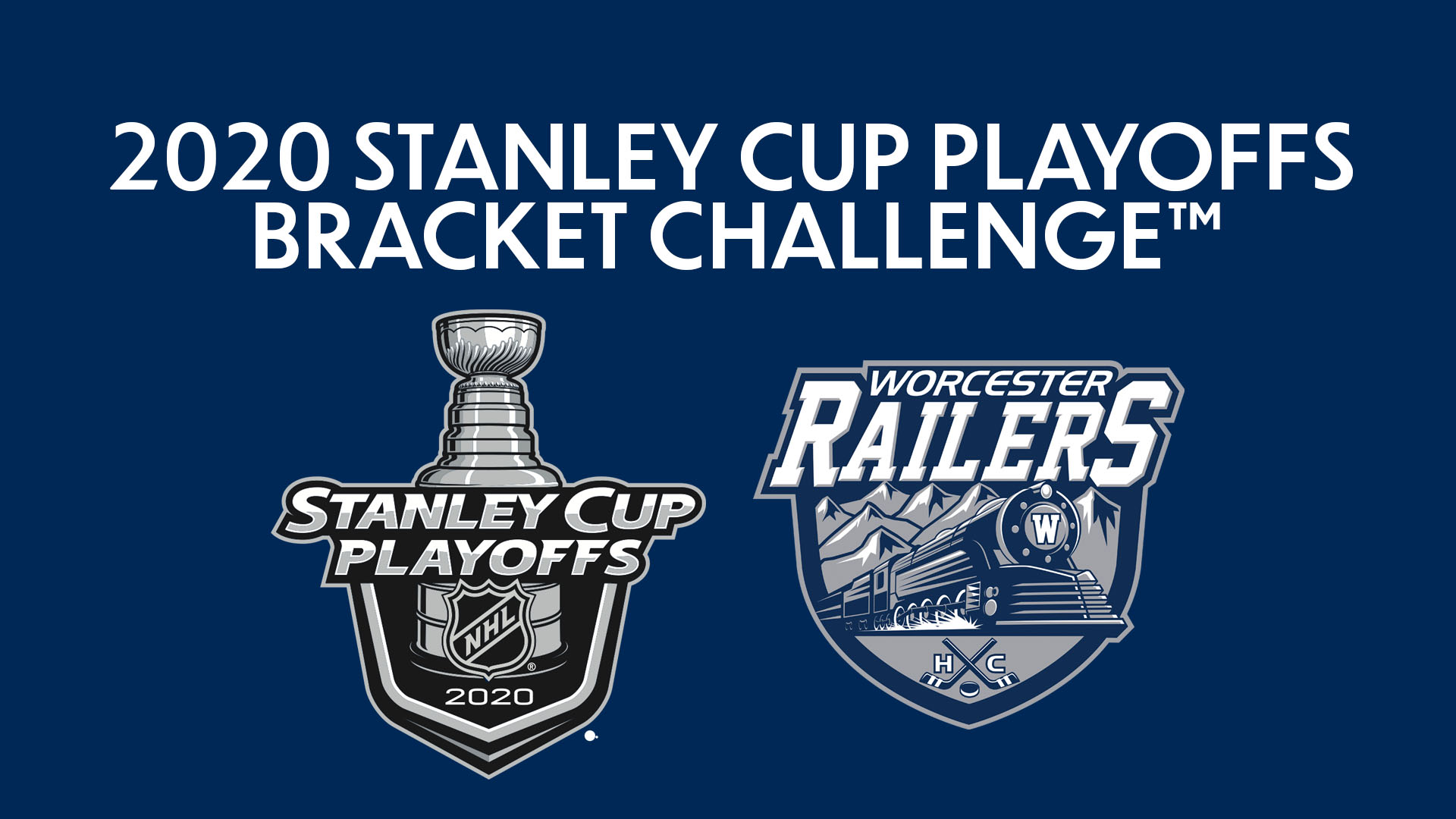 I hope everyone enjoyed and who do you guys have Saturday night in Game 1 of the Stanley Cup; Dallas or Tampa?? I’m going Dallas! Have a great weekend everybody.