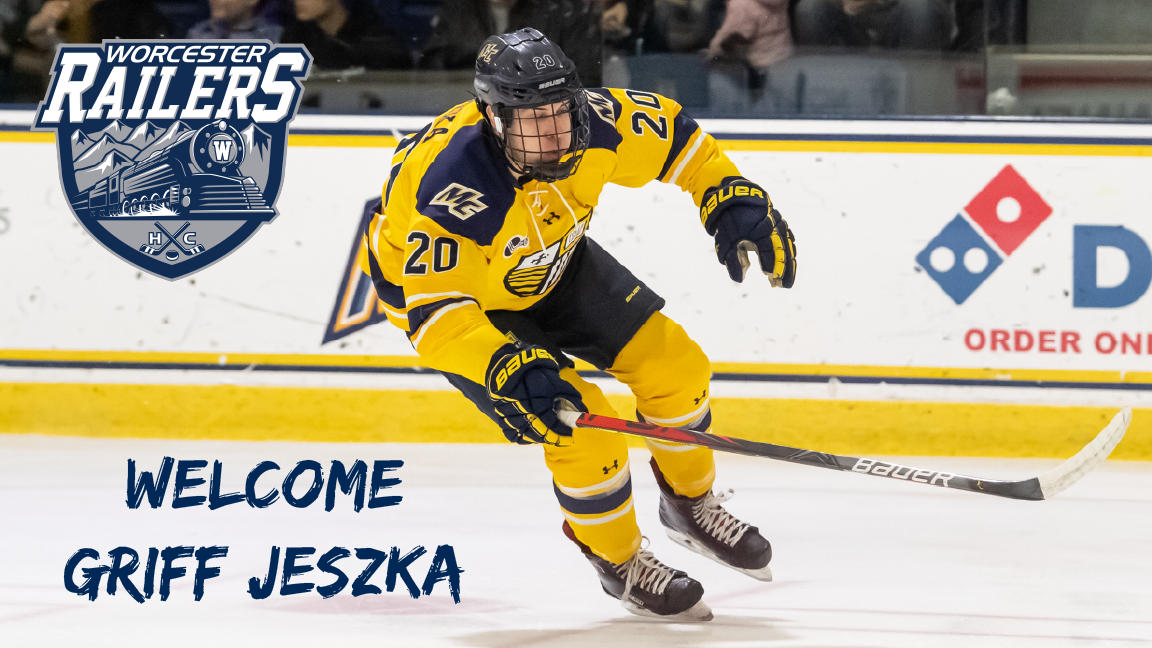 Griff Jeszka, a 6-foot-1 195lb forward from Muskego, WI joins the Worcester Railers after finishing his senior season at Merrimack College playing 25 games where he totaled three points (2-1-3). The 24-year-old sat out the 2018-19 season due to NCAA transfer rules after playing his first two seasons at UMass Amherst from 2016-18 where he played 45 games accumulating 16 points (10-6-16).

Jeszka will wear jersey number 21 and is expected in the lineup tonight vs. the Brampton Beast.