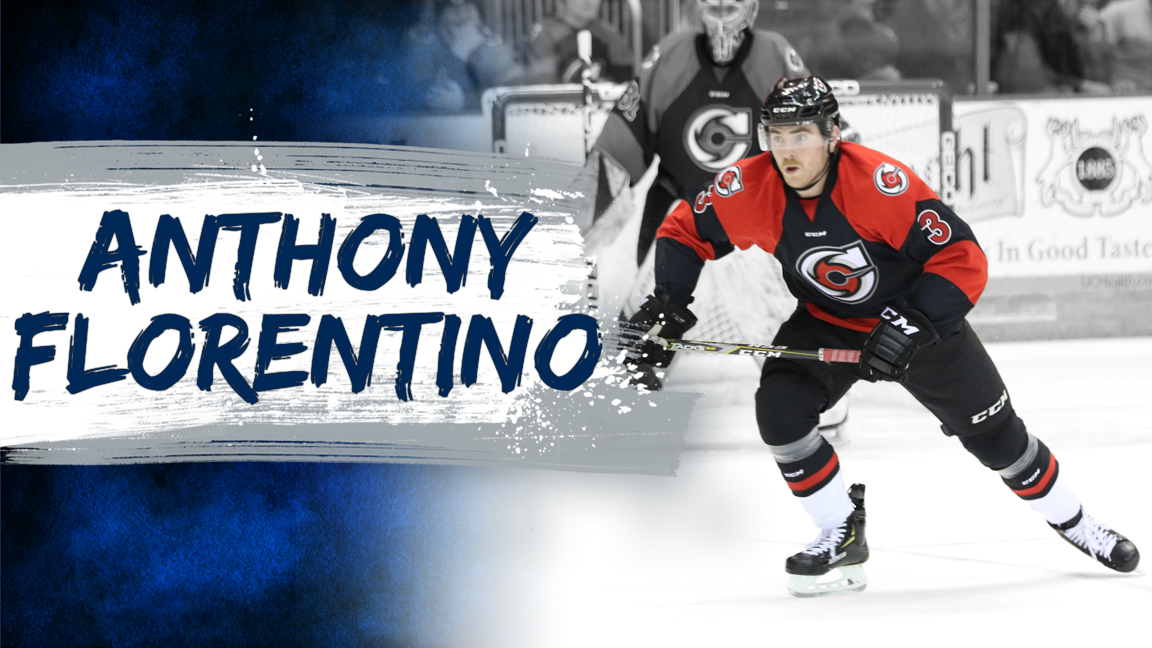 The 24-year-old defenseman enters his third professional season after playing for the Cincinnati Cyclones (ECHL) the last two seasons where he skated in 109 games scoring five goals and twelve assists (5-12-17) along with 83 penalty minutes.

The 6-0, 207lb right handed shot was drafted by the Buffalo Sabres in the fifth round of the 2013 NHL Entry Draft (143rdoverall). Florentino appeared in five games for the Rochester Americans (AHL) in the spring of 2017.

Prior to professional hockey, Florentino skated four seasons at Providence College from 2013-17 skating in 131 games scoring 22 goals and 32 assists (22-32-54) and 98 PIMS where he won a National Championship with the Friars in 2015 with current Railers defenseman Kyle McKenzie.

“We are very excited to add Anthony to our defense this season,” Russell said. “I had the privilege of coaching Anthony for one year at Providence College. He is very mobile for his size and our fans will love his heavy shot from the point.”