We’re back from Vegas. Surprisingly, we did not lose anyone.

The league meetings were a great chance to meet the rest of the teams in the league, and to learn about what makes each of their teams successful in their given markets.

We had a few meetings with all of the teams together to discuss general sales and marketing trends and practices, which were led by speakers Charlie Chishlagi (Sports Sales Consulting Inc.) and Jack Birch (Sponsorship Solved). After we broke off into specific groups based on our positions within our team. Notable speakers included Jonny Greco (Vegas Golden Knights), Josh Margulies (Arizona Coyotes), among many more. It was interesting to hear about different teams use of social media and marketing, according to their geographic location.

All in all I would say the meetings were very informative, and I’m excited to put what I learned to use in Worcester. My only advice, for next year, is to not serve frozen fruit. I get that it’s about 1,000 degrees there, but fruit should be chewable, not hard.

Unfortunately, we came up short in the cornhole contest. We made it to the final round before falling short to Colorado. They have some weird way of throwing the bag, and Tym Dore (whose name spellcheck insists is Gym Done), tried to adopt it mid-way through the match, much to the chagrin of Team President Mike Myers. Stick to your guns Tymmy. Oh, and Eric Lindquist was rolling around on the middle of the floor pre-game stretching, and caused every team to stare at us and whisper in one another’s ear, nice things I’m sure.

We did, however, win free dasher boards for the year from AMI Graphics. Rock on. 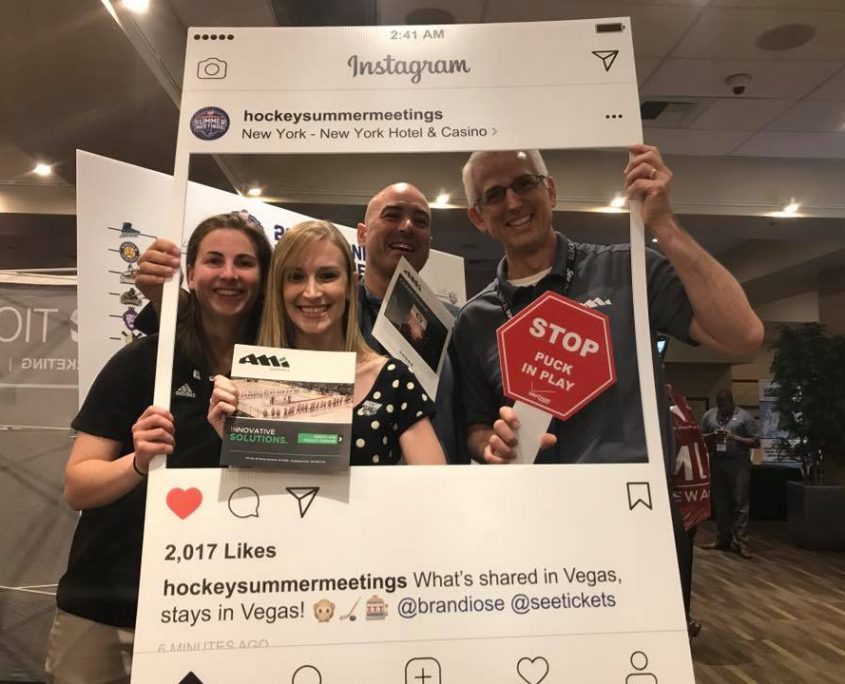 The place is truly a spectacle. We stayed at the New York New York hotel and casino, where the league meetings were held. The first floor is best described as a circus without animals. Having just returned from Ireland, I didn’t really have any money left to fool around with. Adam Bryant, who now goes by Jerry, punched all the buttons on a machine thinking it was broken and won a little something. Beginners luck?

On our last day in Vegas we rented a van and piled all 11 of us in and burned rubber to the Hoover Dam. 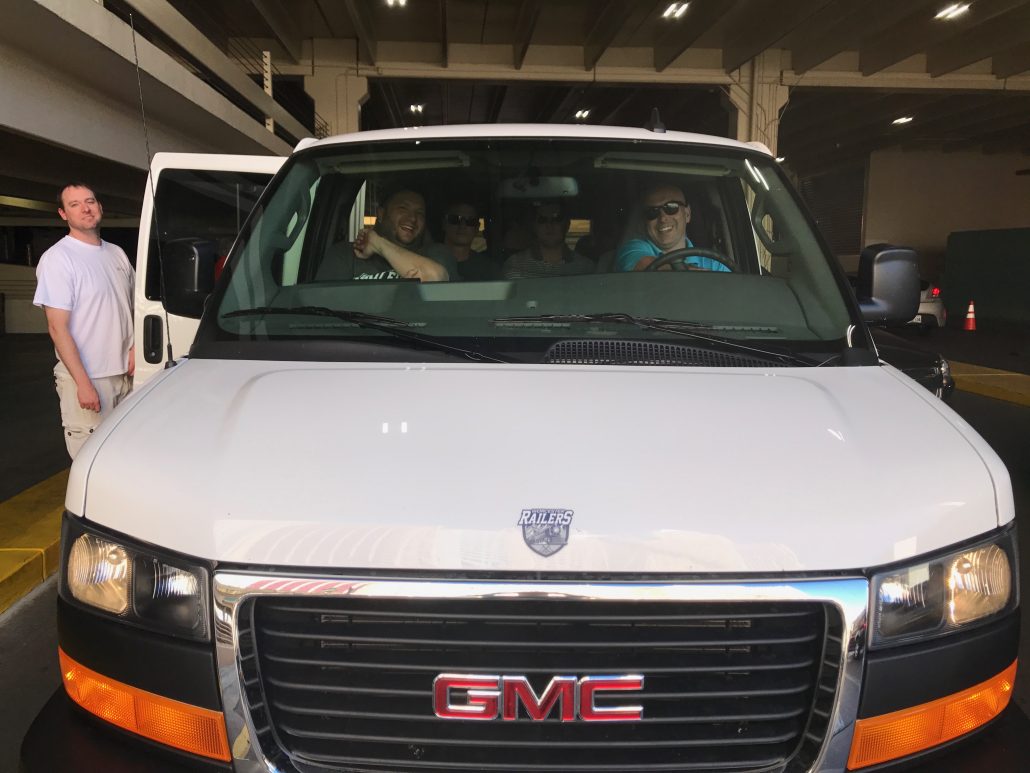 We emblazoned the van with some Railers stickers and got yelled at by the garage attendant for holding up traffic taking the above picture, which was clearly worth it. Jerry would later run in to oncoming traffic to grab the photo below. 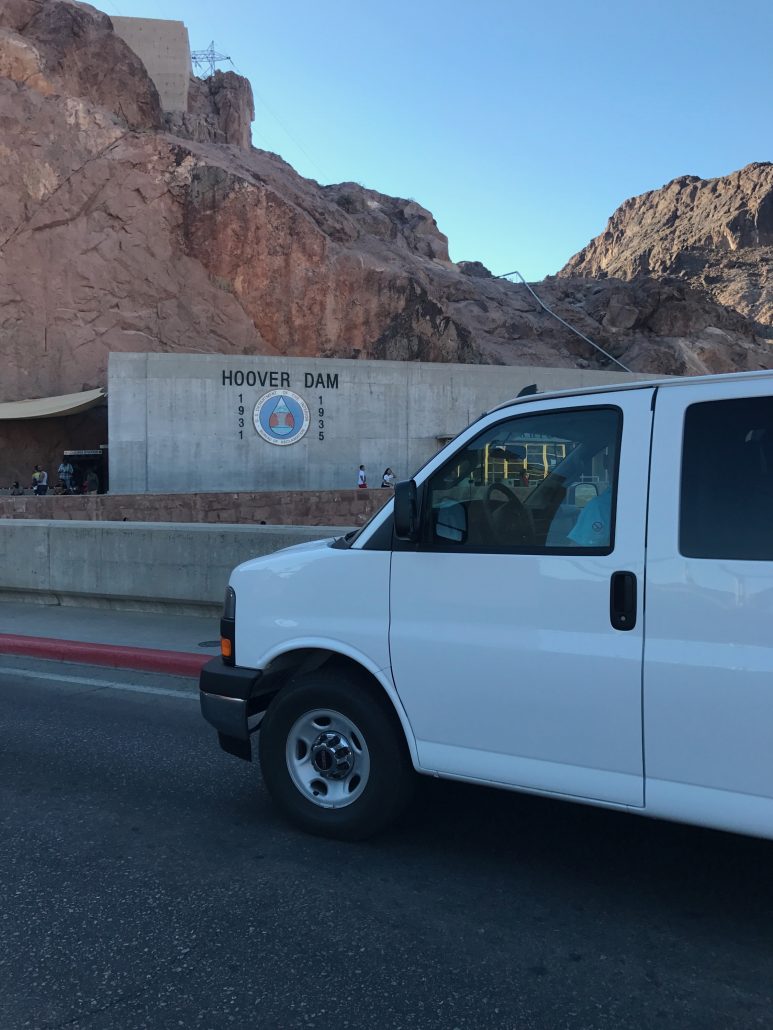 We got an alert that our flight had been delayed so we decided to stop by the Nevada State Railroad Museum in Boulder City where we found a train that was not unlike our train featured in our logo. 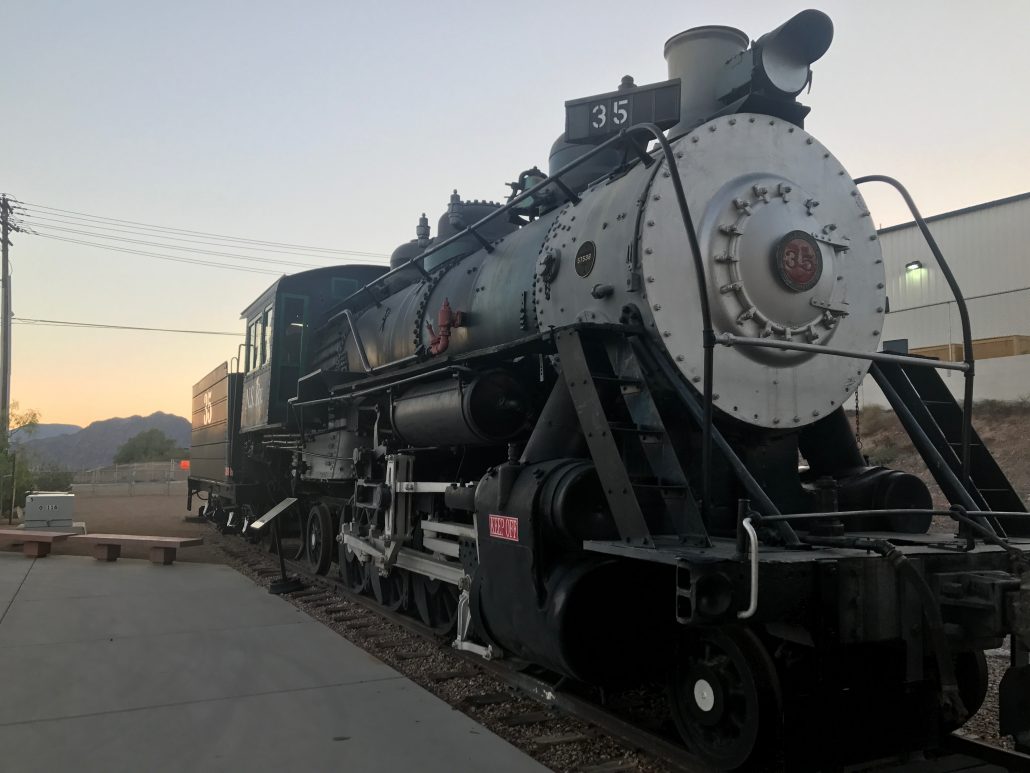 We then got another alert that our flight was back to it’s on time schedule, so we jumped in the van and dashed and swerved along the Nevada freeway back to the hotel to grab our gear and head to the airport.

…And this is what we were looking like by then: 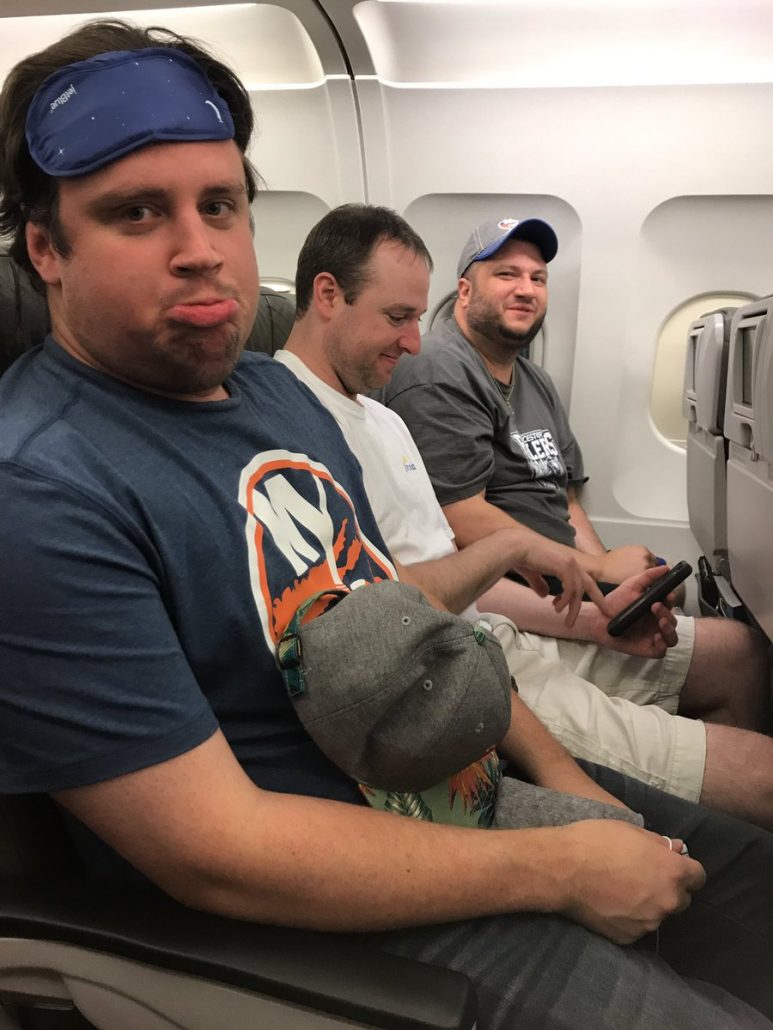 Thank you to the ECHL for having us, and thank you to Team Owner Cliff Rucker and Team President Mike Myers for sending us.

Mark my words: Next year’s cornhole champion is the Worcester Railers HC.