Hello Railers HC! It’s that time again for the Community Express! We are one week closer to the start of the season. 59 days left…but who’s counting!? It was another busy week in the community! Did you see that we announced a partnership with the Ecotarium? Check out the summary HERE. Also, be sure to check out Tuesdays with Tom…Katie Arsenault made a special appearance to talk game ops!! 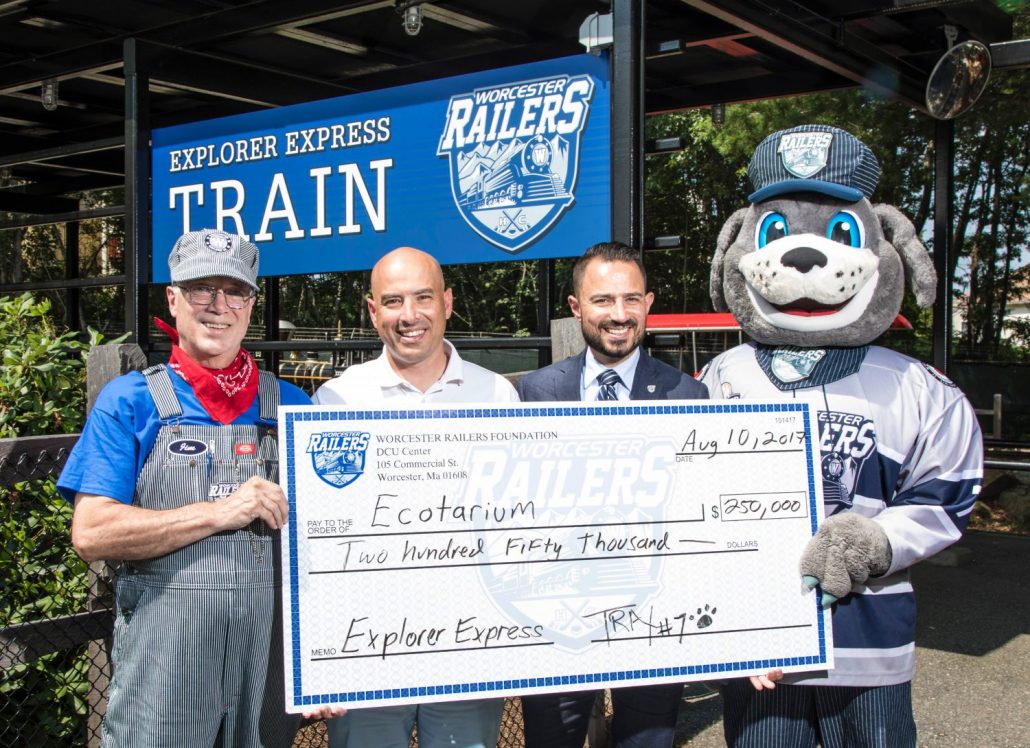 Last Wednesday, Tom Matthews, Andrew Nawn, and I went to the Cocker Rocks concert in the Canal District. Just like before, the crowd was huge! We brought the Railers Raptor and tabled next to the stage. We got to meet so many people. We plan on tabling again on Wednesday, August 23rd for the Toni Lynn Washington concert, the last one of the summer at the Canal District. Make sure to stop by and say hi! 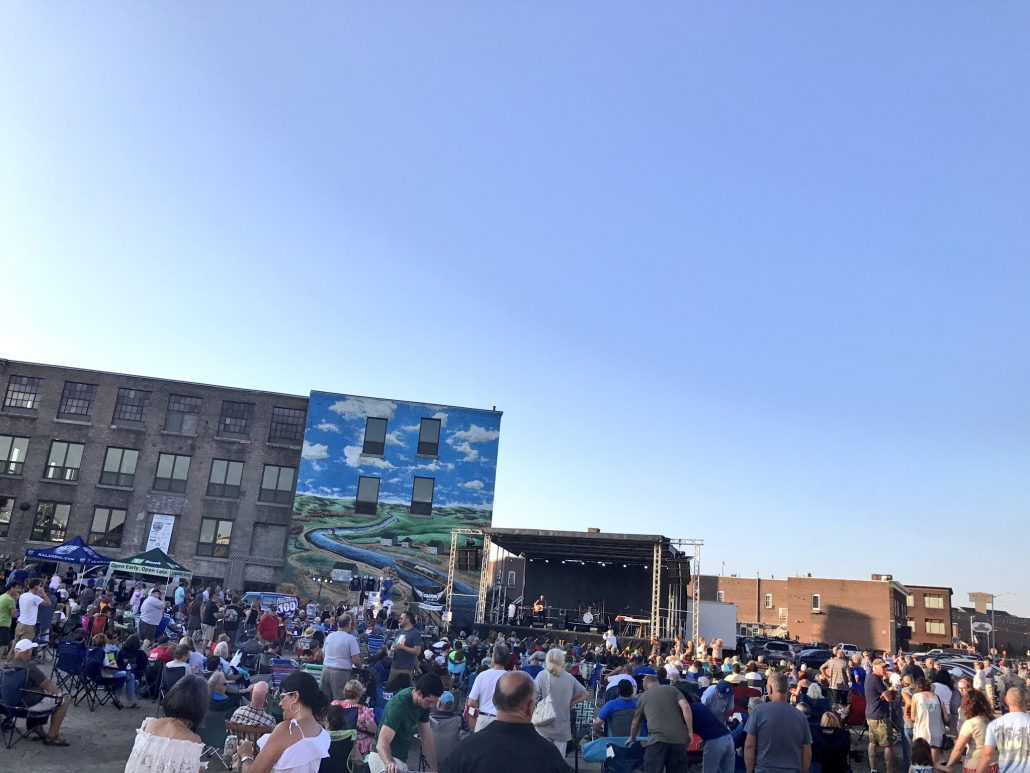 Trax made a midday appearance last Friday at the Umass Family Health Center. There was a huge turnout! Trax got to meet so many kids. The Boston Red Sox were there and Trax had the chance to practice pitching and batting. It’s safe to say he should stick to hockey!! 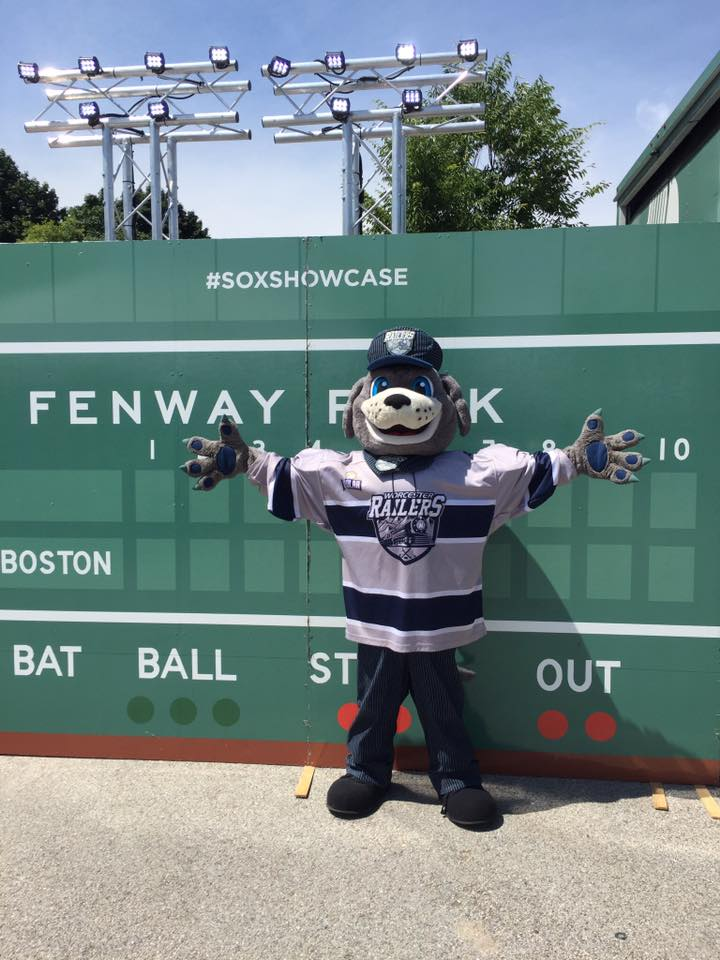 Our first of two events on Saturday included a stop at Broad Meadow Brook Sanctuary in Worcester. They were hosting a butterfly festival! Trax got to interact with kids at the face painting station, on their nature trails, and by the food trucks! We took tons of photos and had a great time. 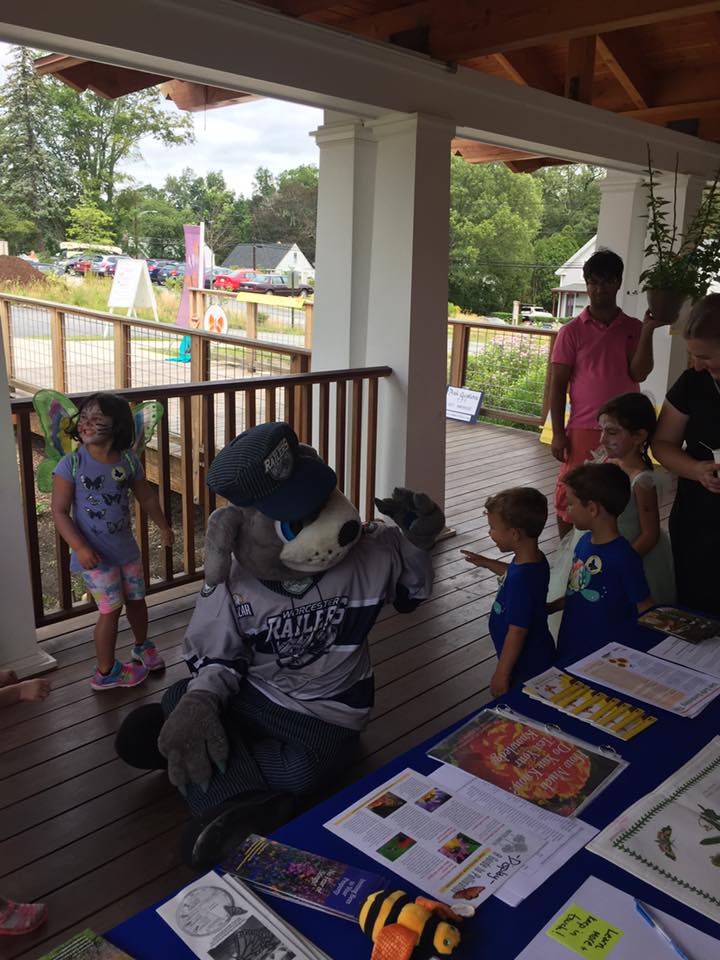 The second event we went to on Saturday was at Foley Stadium in Worcester. It was the Worcester World Cup. Connor Haynes and I played a pickup game of soccer with Trax and some kids!! There, I realized just how out of shape I am. Trax was a brick wall in net! It was an overall great day in the Worcester community. 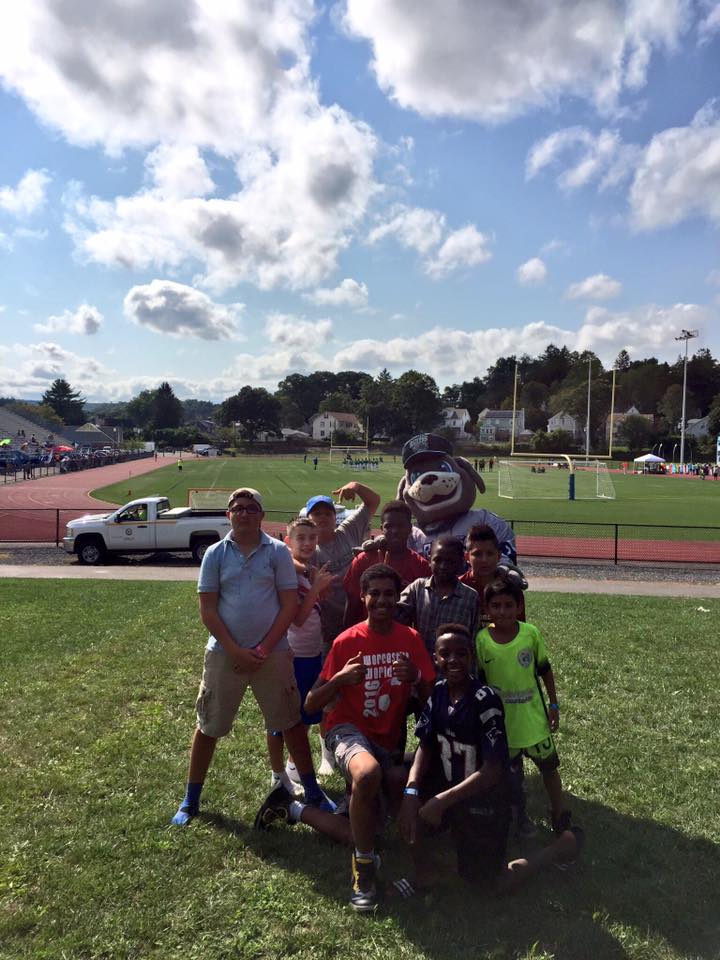 Last Sunday, Trax and I went to the Worcester Animal Rescue League for the Bow Wow Luau! There were soo many puppies!! Usually, other dogs and Trax don’t get along that well but Sunday was different! Dogs came right up to Trax and we were able to take so many adorable photos. Check out the entire album on Facebook!! We can’t wait to return. 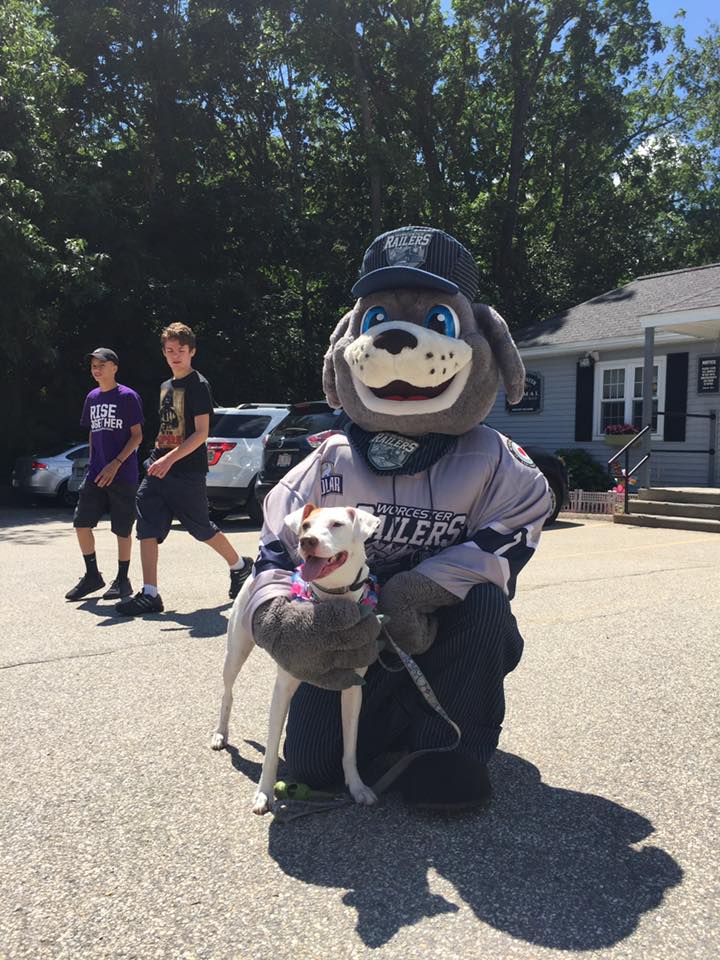