Hello Railers HC! It’s that time again for the Community Express! We are one week closer to the start of the season. 52 days left…but who’s counting!? It was another busy week in the community! Trax and I went to a festival, a couple elementary schools, a blood drive, and a golf tournament! Check out the full recap of our Battle of the Badges Blood Drive HERE. 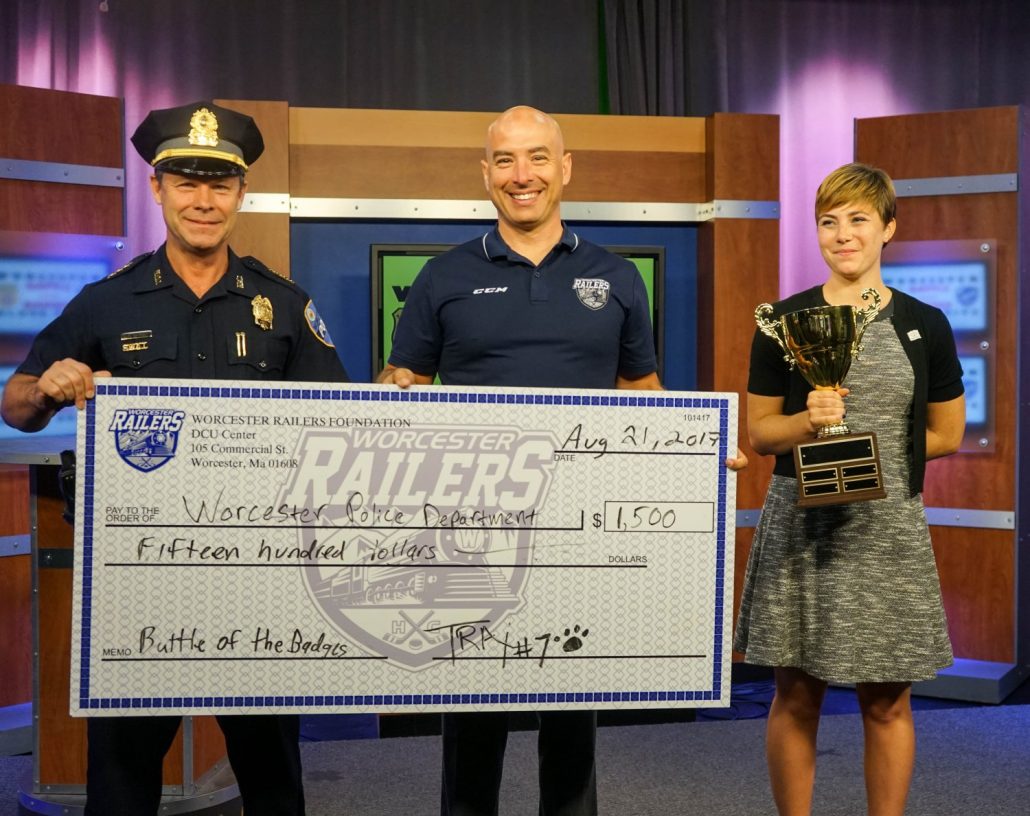 Connor Haynes and I went to Shaw Elementary School in Millbury last Thursday for an Ice Cream Social. Trax was a huge hit! We started a kickball game and played for over an hour! 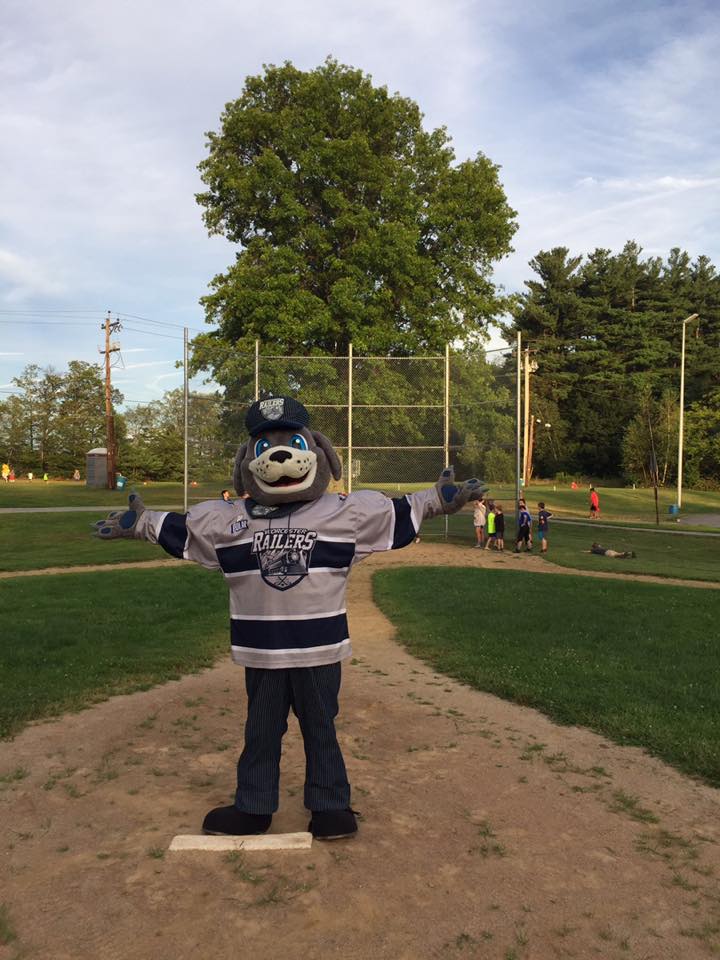 Trax and I walked over to Mercantile Center last Thursday for their second Craft Beer and Music Festival. There were food trucks, live music, and local craft beer tables. After taking pictures with everyone, Trax challenged a fan to a game of Jenga. Trax lost but had fun and that’s all that matters!! 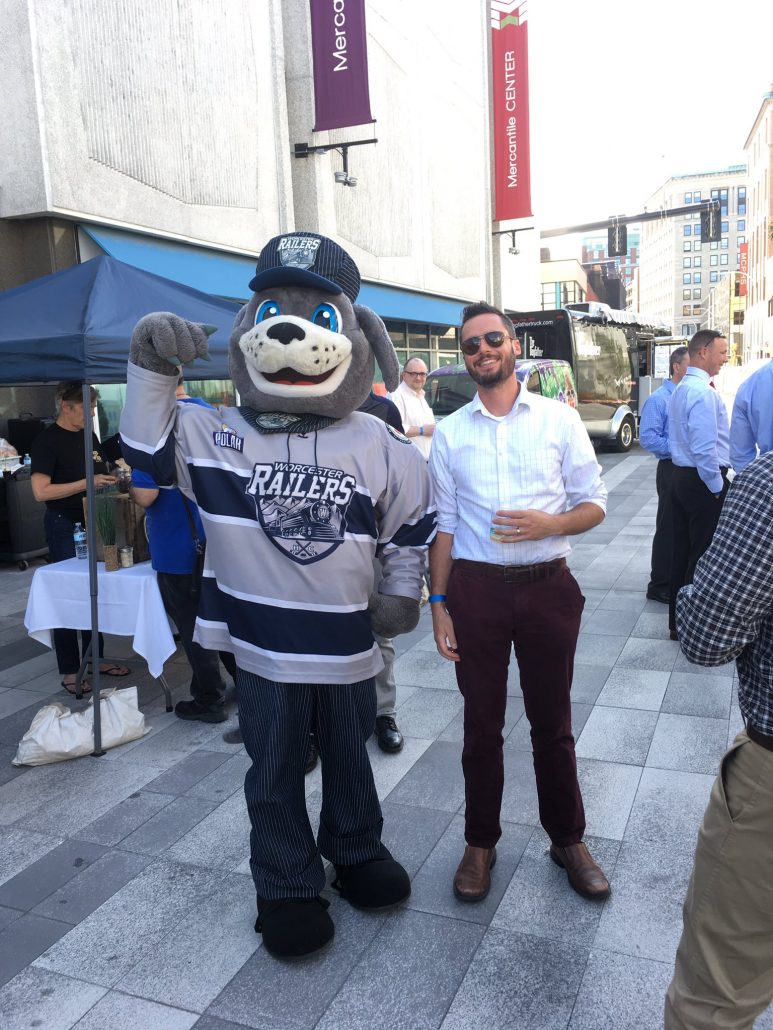 The Worcester Railers sponsored the first ever Battle of the Badges Blood Drive at the DCU Center on Friday. Anyone that donated blood could vote for either Worcester PD or Worcester FD. The winning team would be able to donate $1,500 to their charity of choice. Worcester Police won and chose to donate their winnings to the Boys & Girls Club of Worcester. This was an amazing event…we broke the donor participation record for the City of Worcester! 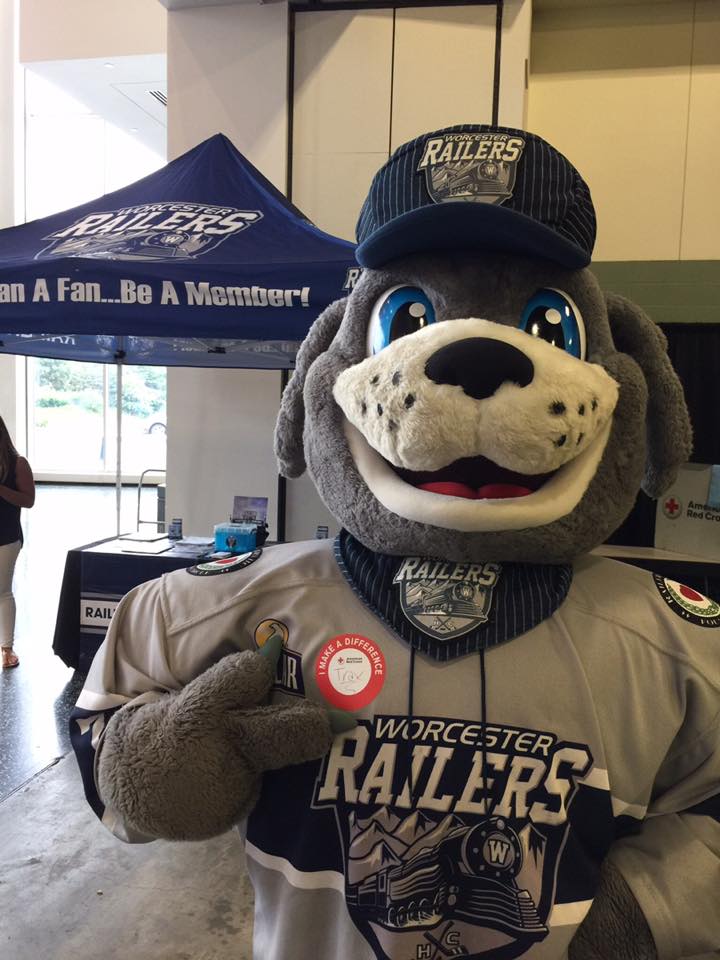 Members of the Railers HC front office and Trax appeared at Wachusett Country Club on Monday to support the Adopt-A-Student Golf Tournament. We greeted and took pictures with golfers at the 13th hole. It was a fantastic event. 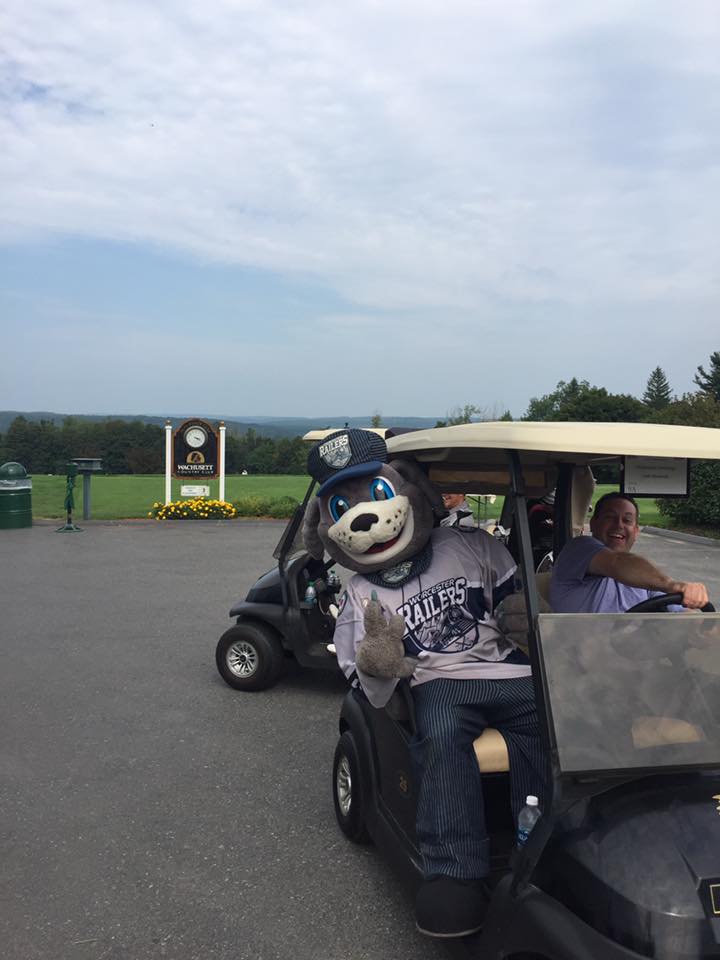 Trax, Connor, and I appeared at Elmwood St. School in Millbury for another ice cream social event. We organized another game of kickball after hanging out with the students on the playground! We got to enjoy some ice-cream afterwards. 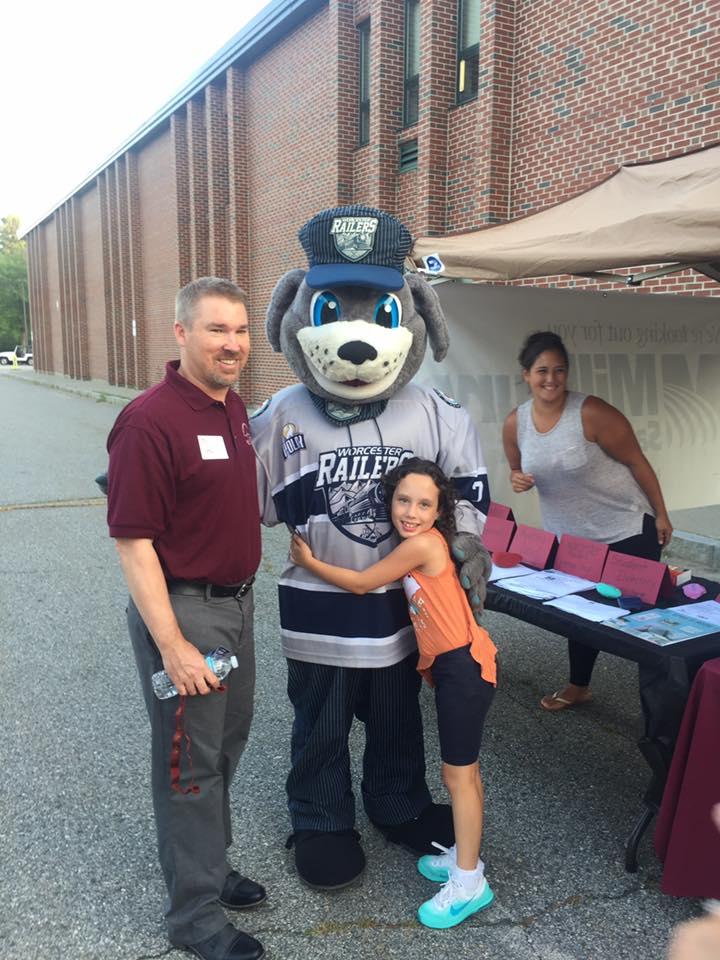