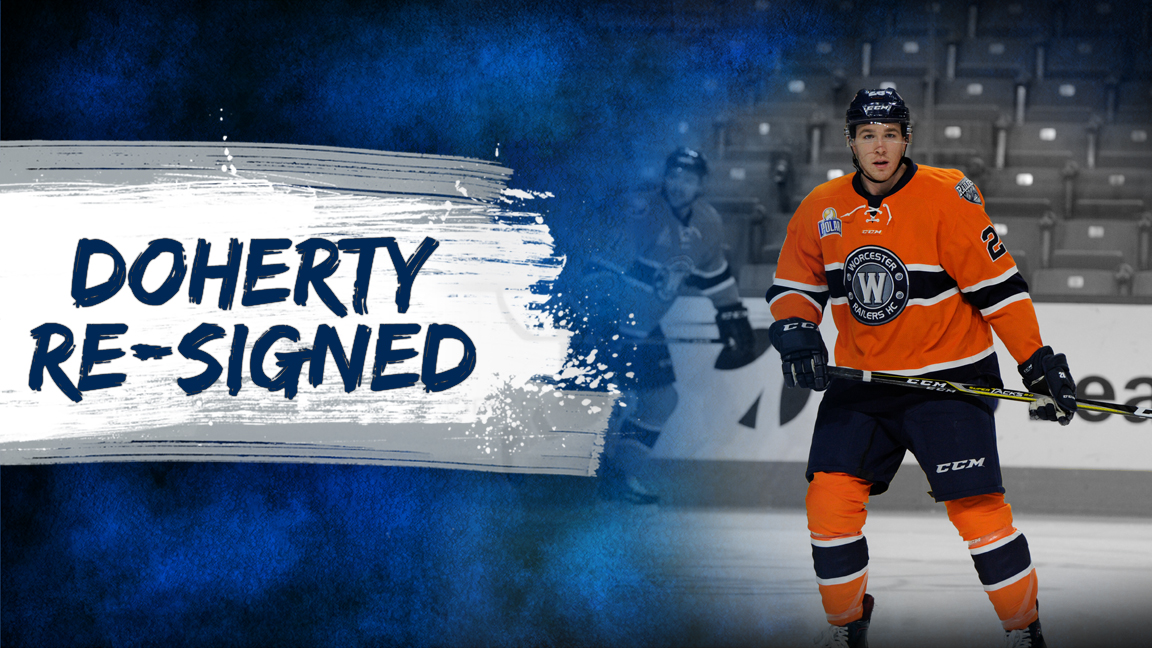 Doherty returns for his third season after leading the Railers with a plus 10 rating last season.

The 26-year-old Holden, MA native returns for his third professional season after making his professional debut with the Railers in the 2017-18 season. The defenseman appeared in 52 games for the Railers last season and recorded one goal and eight assists while leading the club with a +10 rating. Doherty received his first AHL call up with the Utica Comets at the end of last season.

Doherty has accumulated 92 games with the Railers and has a total of two goals and twelve assists for fourteen career points and 141 PIMS.

Last season Doherty was selected as a nominee for the ECHL’s Community Service Award in recognition of his commitment on being an active member of the greater Worcester community. Connor took the lead in helping the Railers make a huge difference in the Worcester community last year.

“We are very excited to have Connor back for his third season with us,” said Russell. “He brings another year of experience under his belt to our lineup as has established himself as a very solid shutdown defenseman in the league.”