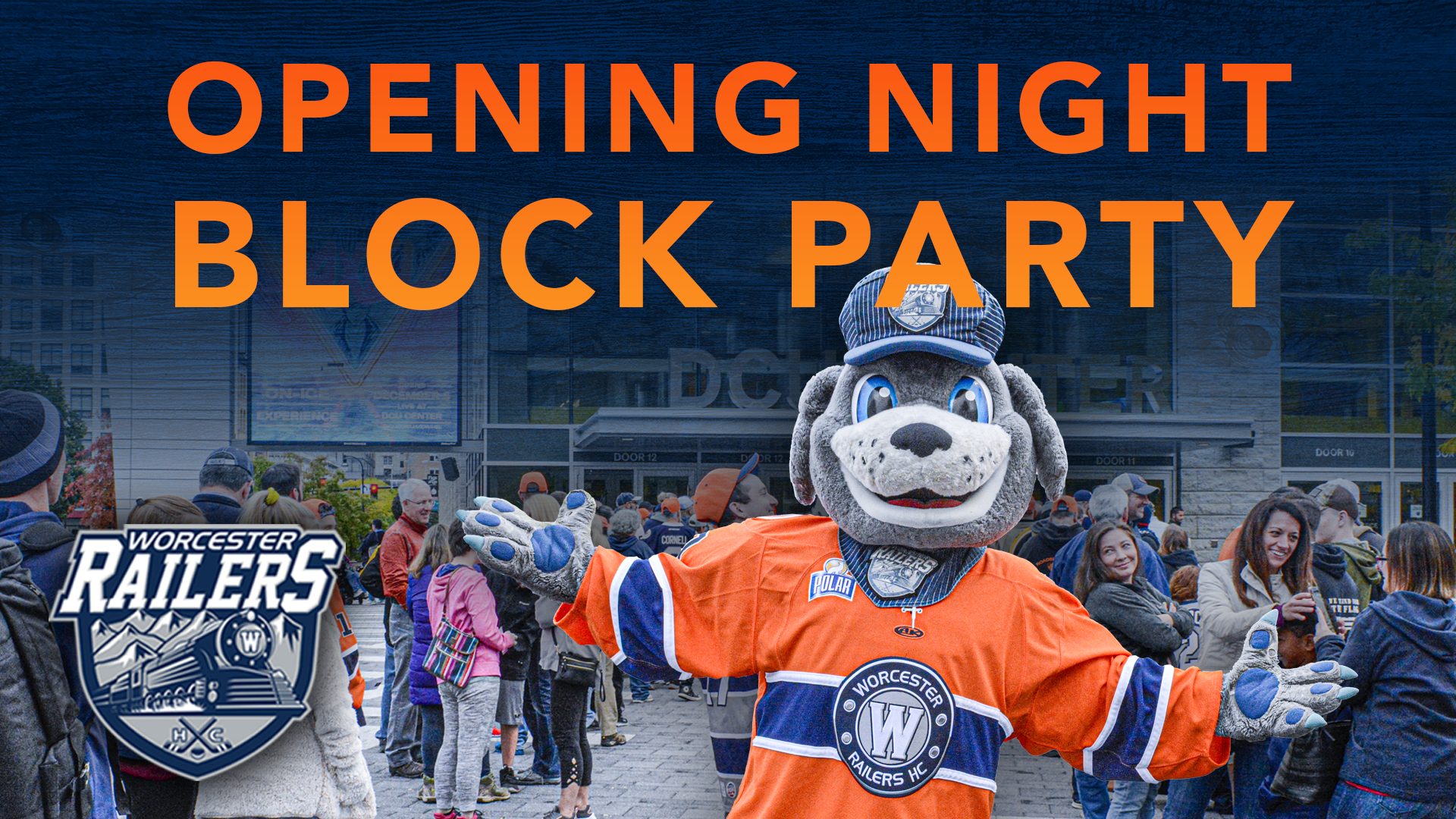 A limited number of tickets remain in the lower bowl for Opening Night. Please call the Railers front office at 508-365-1750 to reserve your seats today or click HERE for a special ticket offer for Opening Night.

The general public is invited to celebrate the return of Worcester Railers hockey with a complimentary Block Party presented by Off The Rails Restaurant from 5-7:30 p.m. on Commercial Street behind the DCU Center. The cover band, Holly Heist will perform a pregame concert throughout the Block Party which will also include inflatables and an obstacle course for children, several mascots, and video boards celebrating Railers hockey. Food and beer vendors will also be on site.

DCU Center doors open at 6 p.m. with the first 5,000 fans receiving lightning rally towels presented by The Palladium. Fans are encouraged to arrive early and be seated for the Railers opening night ceremonies and player introductions that will start at 7:25 p.m.

“The Railers are extremely excited to welcome back thousands of fans to the DCU Center on Saturday night for our fourth season of ECHL hockey,” said President Stephanie Ramey. “We look forward to reuniting with the community, having fun, and cheering on our team!”