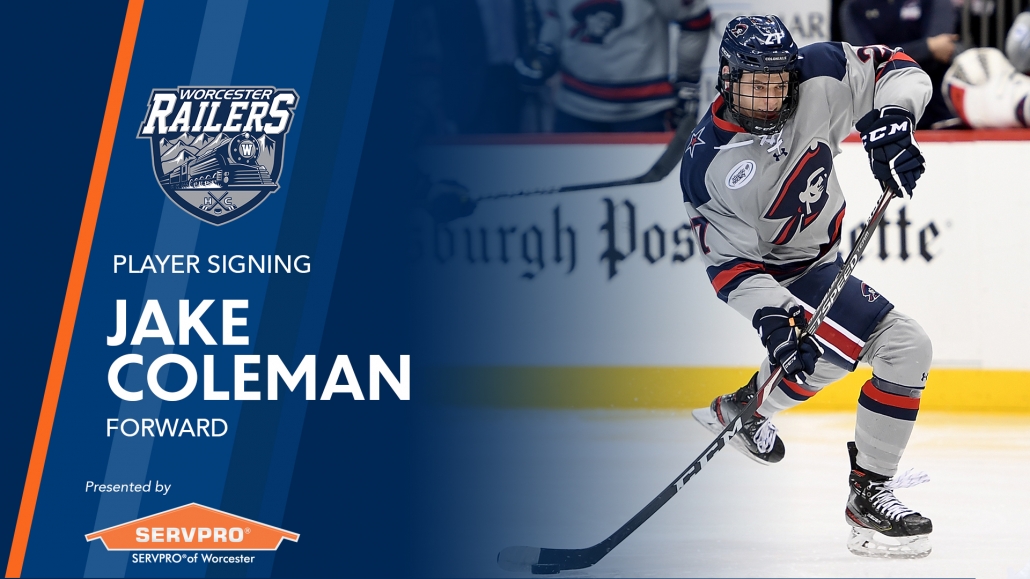 Jake Coleman is entering his rookie season after spending the last four seasons at Robert Morris University, accumulating 40 points (16 goals, 24 assists) in 133 career games. The 5-foot-7, 162lb forward set collegiate career highs this past season in goals (nine), assists (12), and points (21), playing in 36 of the Colonials’ 37 games. Prior to his time at Robert Morris University, the 23-year-old played for the Muskegon Lumberjacks in the United States Hockey League (USHL) during the 2015-16 season, tallying nine points (three goals, six assists). The Moon Township, PA spent one season in the North American Hockey League (NAHL) with the Keystone Ice Miners during the 2014-15 season and was named to the NAHL All-North Division Rookie Team after tallying 30 points (five goals, 25 assists) in 55 games.

“Jake is a very coachable player that does things the right way,” Cunniff said. “When he has the puck he is able to use his speed off the rush and make plays that can generate second and third chances. Without the puck, he is able to pressure the opponent and force them to make turnovers. We are very excited to watch Jake play for us this upcoming season.”