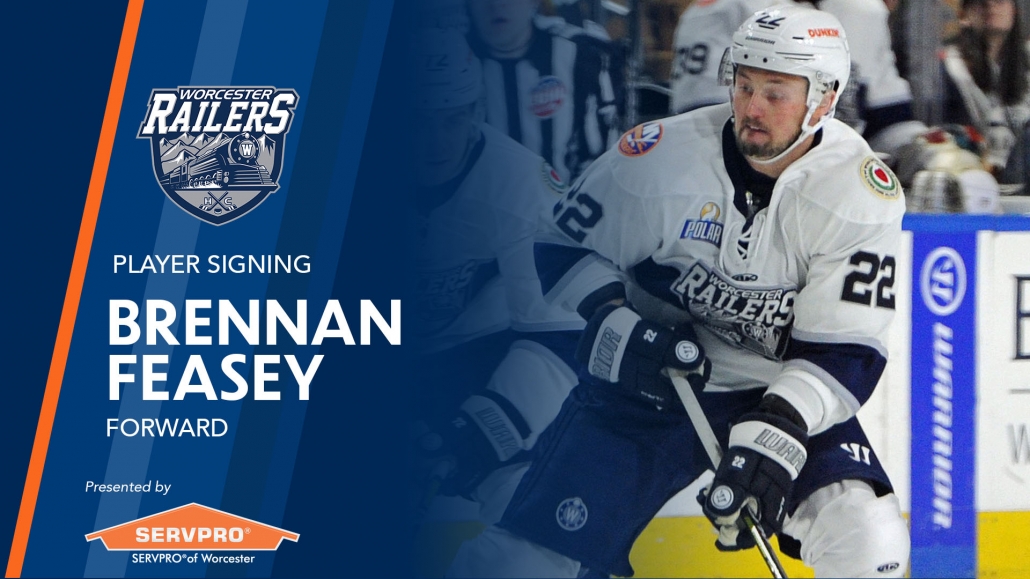 Brennan Feasey enters his first professional season after spending the last five seasons at the University of Windsor (2015-20) where he accumulated 72 points (38 goals, 34 assists) in 112 games. The 5-foot-11 180lb forward led the Lancers with 12 goals last season before signing an Amateur Tryout Agreement (ATO) with the Railers on February 29. The 26-year-old played five games for the Railers last spring totaling two points (one goal, one assist).

Prior to heading to the University of Windsor, Feasey led the Greater Ontario Hockey League (GOJHL) in scoring with the Chatham Maroons during the 2014-15 season registering 90 points (41 goals, 49 assists) in 48 games.

“Having that stint with the Railers at the end of the season was very beneficial for me as I got a taste of what pro hockey is all about,” Feasey said. “I actually scored in the last game I played in before the season was cut short so I’m looking forward to picking up where I left off and getting back to Worcester.”

“Brennan is a player that can bring a lot of energy to our lineup,” Cunniff said. “Brennan was a player that came to us late in the season and while he was with us we were playing our best hockey before the season ended. I’m looking forward to working with him and watching him grow in his rookie year.”

All player signings this offseason are brought to you by SERVPRO of Worcester, with more announcements expected over the next few weeks. Click HERE for the most up to date roster.