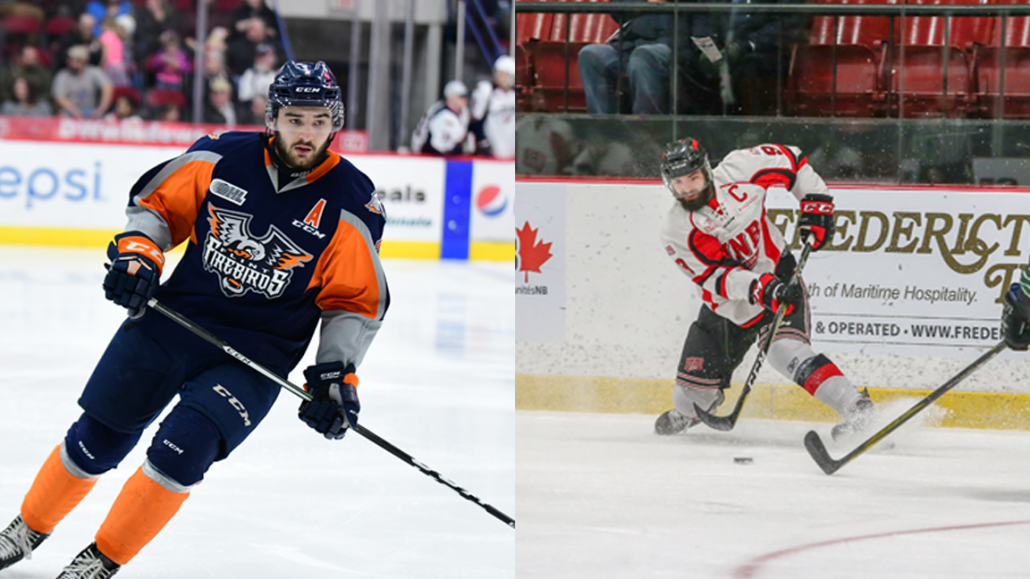 Dylan Willick joins the Worcester Railers HC after spending five seasons with the University of New Brunswick, where he skated in 138 games and amassed a total of 28 goals and 30 assists for a total of 58 points, and a plus-45 rating.

The five-foot-ten, 195lb Prince George, BC native captained the Varsity Reds in 2017-18 and led the team to the Atlantic University Sport championship and bronze medal at U Sports championship (University Cup). Willick’s 138th game tied him for most all-time among skaters in school history. The four time Academic All-Canadian is on track to be named for a fifth time, and won the University Cup twice with the Varsity Reds in 2016 and 2017.

Before joining the Varsity Reds, Willick played 266 games with the Kamloops Blazers of the WHL, recording 80 goals, 77 assists, for 157 total points and a plus-9 rating. Dylan served as captain in his 2012-13 season.

Willick is expected to make his professional debut with the Railers and will wear number 42.

Maurizio Colella joins the Worcester Railers HC after spending the last five seasons in the OHL, where he played in 278 games, putting up 52 goals, and 78 assists, for a total of 130 points with four different clubs.

Most recently, the six-foot, 187lb Tottenham, ON native put together his best season in the OHL with the Flint Firebirds playing in 67 games, tallying 23 goals, and 38 assists for 61 points.

Colella is expected to make his professional debut with the Railers and will wear number 15.

On Friday, March 30 the Railers host the Brampton Beast on BEACH NIGHT presented by MidState Auto Group on a 2-3-4 Friday at 7:05pm.   The first 1,500 fans will receive a Railers HC beach towel presented by MidState Auto Group.  Pat Patriot, Patriots cheerleaders, and the Patriots street team will be on hand in the Harvard Pilgrim Healthcare Pavilion before the game! Enjoy reduced concessions at the DCU Center with $2 popcorn, $3 hot dogs, and $4 Bud Lights inside the Bud Light Lounge and fans are encouraged to wear their “Patriots gear” to the game.

The Railers Tavern, located behind the DCU Center provides hockey fans with a great pregame and postgame atmosphere all season long. Watch all road games broadcast live at Railers Tavern or watch on ECHLTV.com for a small fee. Listen to all Railers games live on 98.9 Nash ICON with coverage beginning 30 minutes before puck drop with Eric Lindquist and Tom Matthews. Full season memberships, mini plans, and group tickets are on sale now by calling the Railers front office at 508-365-1750 or by visiting www.RailersHC.com