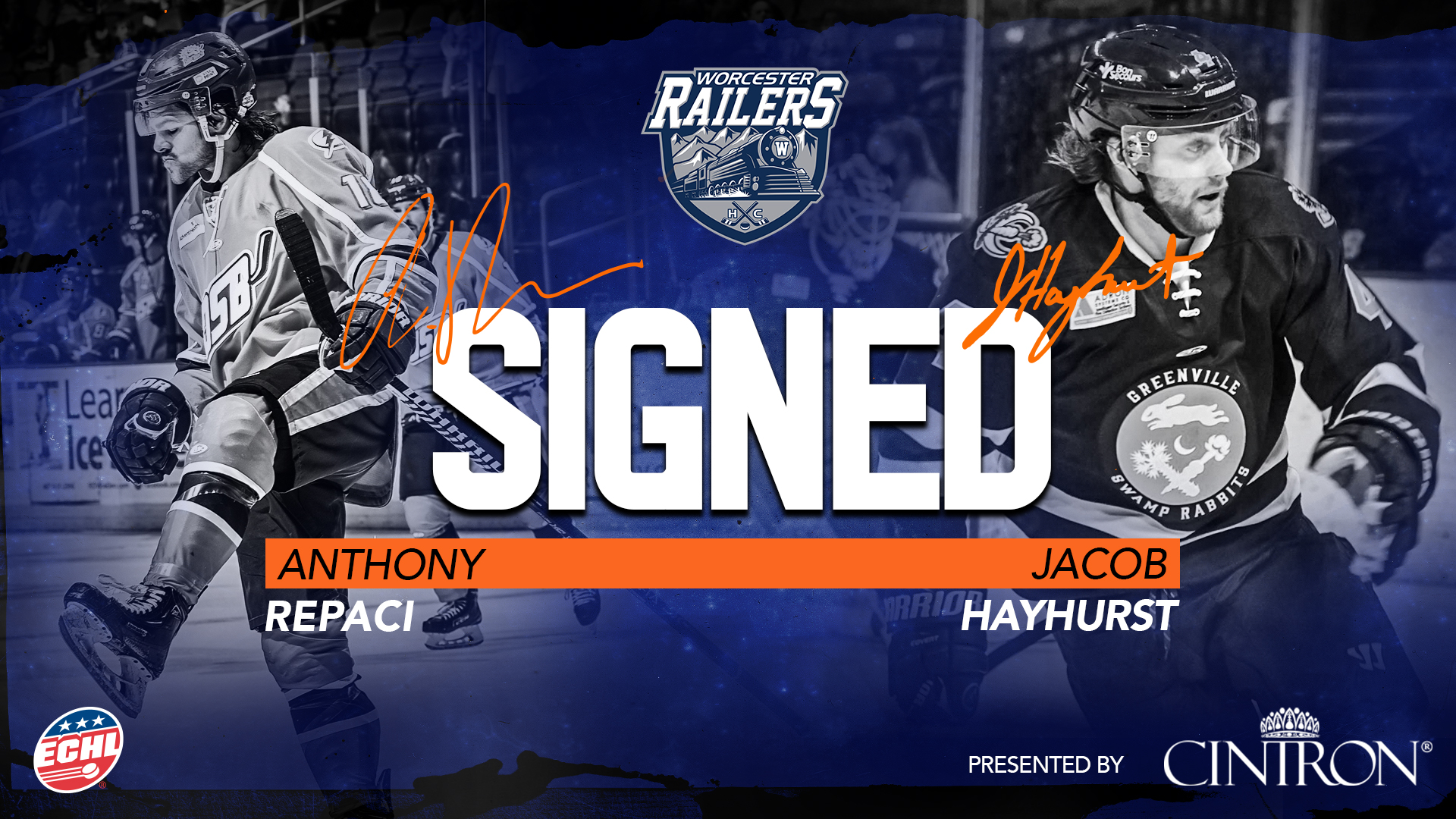 Anthony Repaci, 26, initially signed with the Railers for the 2020-21 season but after the ECHL North Division chose to voluntarily suspend play, he signed with the Orlando Solar Bears where he tallied 27 points (12 goals, 15 assists) in 46 games. The 5-foot-11, 160lb forward spent five seasons playing at Saint Mary’s University in Halifax, Nova Scotia where he accumulated 118 points (60 goals, 58 assists) in 126 career games and an additional 28 points (15 goals, 13 assists) in 29 playoff games. From 2012-15, Repaci played for the Toronto Jr. Canadiens in the Ontario Junior Hockey League (OJHL) logging 185 points (92 goals, 93 assists) in 157 career games.

Jacob Hayhurst, 24, initially signed with the Railers for the 2020-21 season but after the ECHL North Division chose to voluntarily suspend play, he split time between the Greenville Swamp Rabbits and Wheeling Nailers, recording eight points (one goal, seven assists) in 19 games. The 5-foot-9, 170lb forward played at the University of Michigan during the 2019-20 season tallying 15 points (eight goals, seven assists) in 36 games. Prior to his time at the University of Michigan, Hayhurst played three seasons at Rensselaer Polytechnic Institute (R.P.I.) where he led the Engineers in scoring for two seasons, logging 66 points (22 goals, 44 assists) in 102 career games. The Mississauga, Ontario native captured back-to-back Ontario Junior Hockey League (OJHL) championships in 2014 and 2015 with the Toronto Patriots.

“I’m very excited to finally get the chance to work with Anthony and Jacob this season,” said Cunniff. “Anthony is a smart hockey player that has a great knack for getting to the net and had a very strong season this year in Orlando. Jacob is a highly-skilled forward that will make a ton of plays for us on the ice this year. Both of these guys are going to be valuable assets to our team this year.”