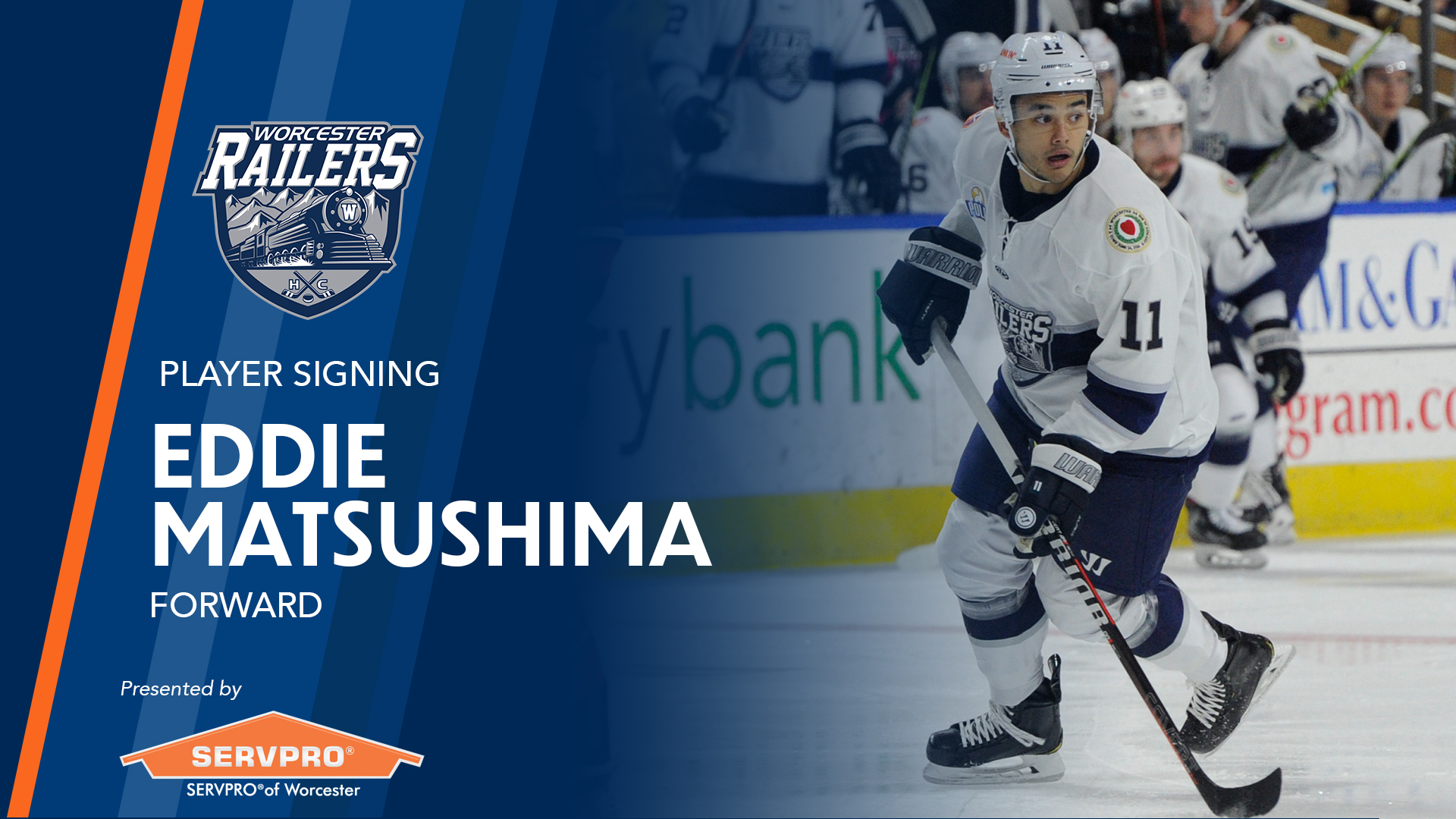 Matsushima returns for his second stint with Railers

Eddie Matsushima, 26, is entering his second professional season after spending last season in the SPHL and ECHL. The Verona, WI native began the season in the SPHL with the Pensacola Ice Flyers where he registered 21 points (eight goals, 13 assists) in 19 games. The 5-foot-11, 185lb forward played two games for the Orlando Solar Bears and then skated 14 games with the Maine Mariners where he tallied five points (three goals, two assists). Matsushima was acquired by Worcester on February 12, 2020 and ended the season playing 11 games recording four assists.

Prior to professional hockey, Matsushima spent four seasons at the University of Wisconsin-River Falls where he accumulated 84 points (38 goals, 46 assists) in 109 career games and was named to the WIAC All-Conference Team during the 2017-18 and 2018-19 seasons. In addition, during the 2018-19 season, he was named to the AHCA Second Team All-American (West) after leading the Falcons in scoring with 31 points (14 goals, 17 assists) in 28 games.

“We are excited to have Eddie back in Worcester this season,” Cunniff said. “He was one of those players that we were able to add to our lineup late in the year when we began playing our best hockey of the season. Eddie will add a spark up front for us and is a player that will compete with a lot of energy night in and night out.”

Become a Railers HC Member today for just $1 down and receive a $25 gift card per membership! Click HERE for this exclusive offer or call 508-365-1750. For the most up to date information on all things Railers – please visit www.RailersHC.com or follow our social media channels.