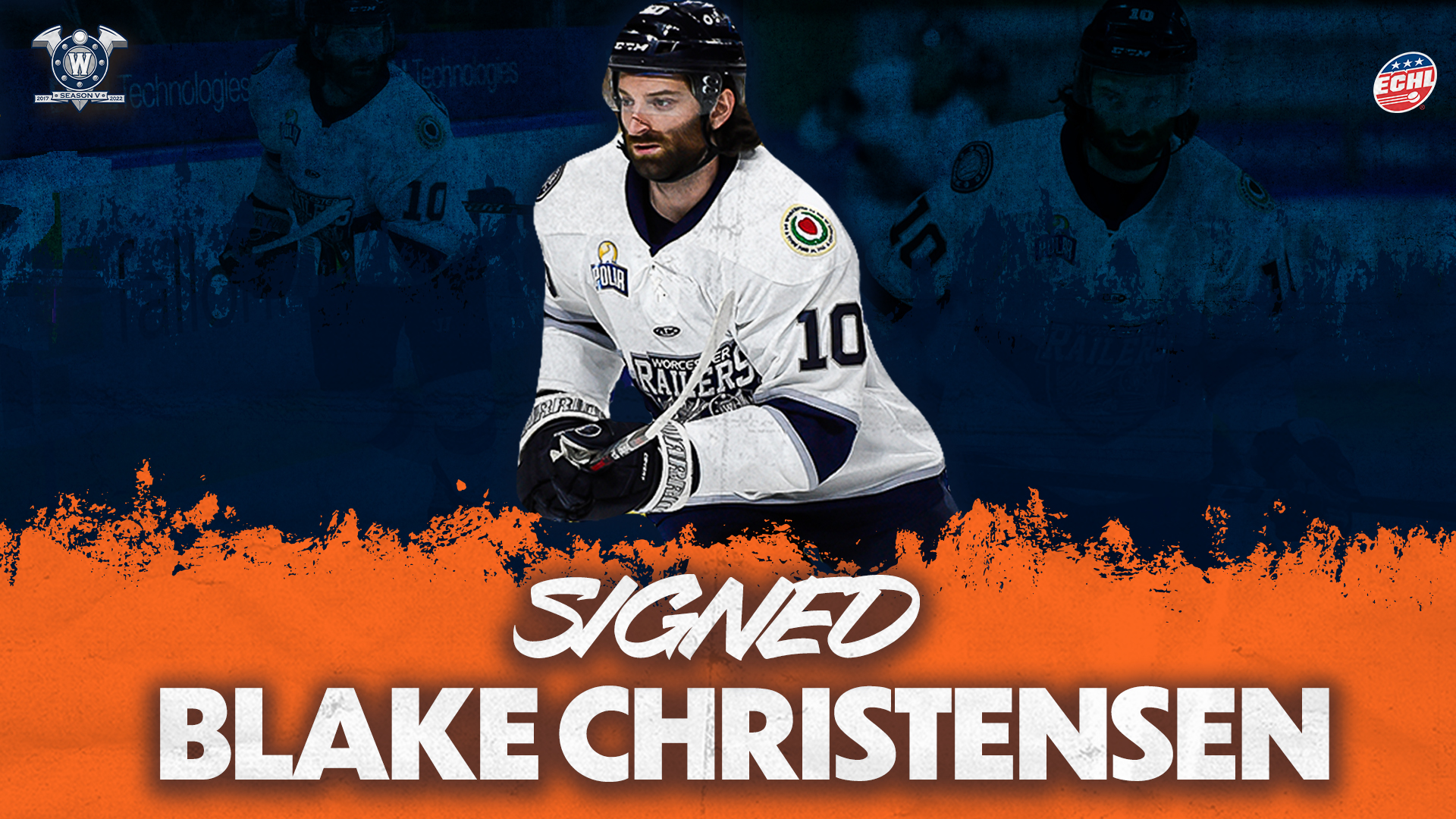 Christensen finished fourth on the Railers last season with 18 goals

Christensen, 26, enters his third professional season after tallying 28 points (18G, 10A) in 36 games with Worcester last season. The Coral Springs, FL native spent last year under an AHL contract with the Springfield Thunderbirds where he played 11 games. During his first pro season he split time in Norway with Manglerud registering nine points (4G, 5A) and two goals in 10 games with the Bakersfield Condors of the AHL.

Prior to pro hockey the 5-foot-9, 175lb forward played four seasons at American International College (AIC) in Springfield, MA from 2016-20 accumulating 119 points (48G, 71A) in 142 career games which included back-to-back American Hockey Association (AHA) regular season championships from 2018-20. Christensen helped the Yellow Jackets to their first appearance in the NCAA hockey tournament where they went onto defeat the number one overall seed St. Cloud State in the first round. During the 2018-19 season he was named to the NCAA (East) Second All-American Team leading the AHA in scoring with 47 points (16G, 31A) in 41 games.

“When you breakdown his season last year he was our most effective offensive player,” Lavallee-Smotherman said. “I’m looking forward to working with Blake this year and am extremely excited to see what he can do with more opportunities and a bigger role.”