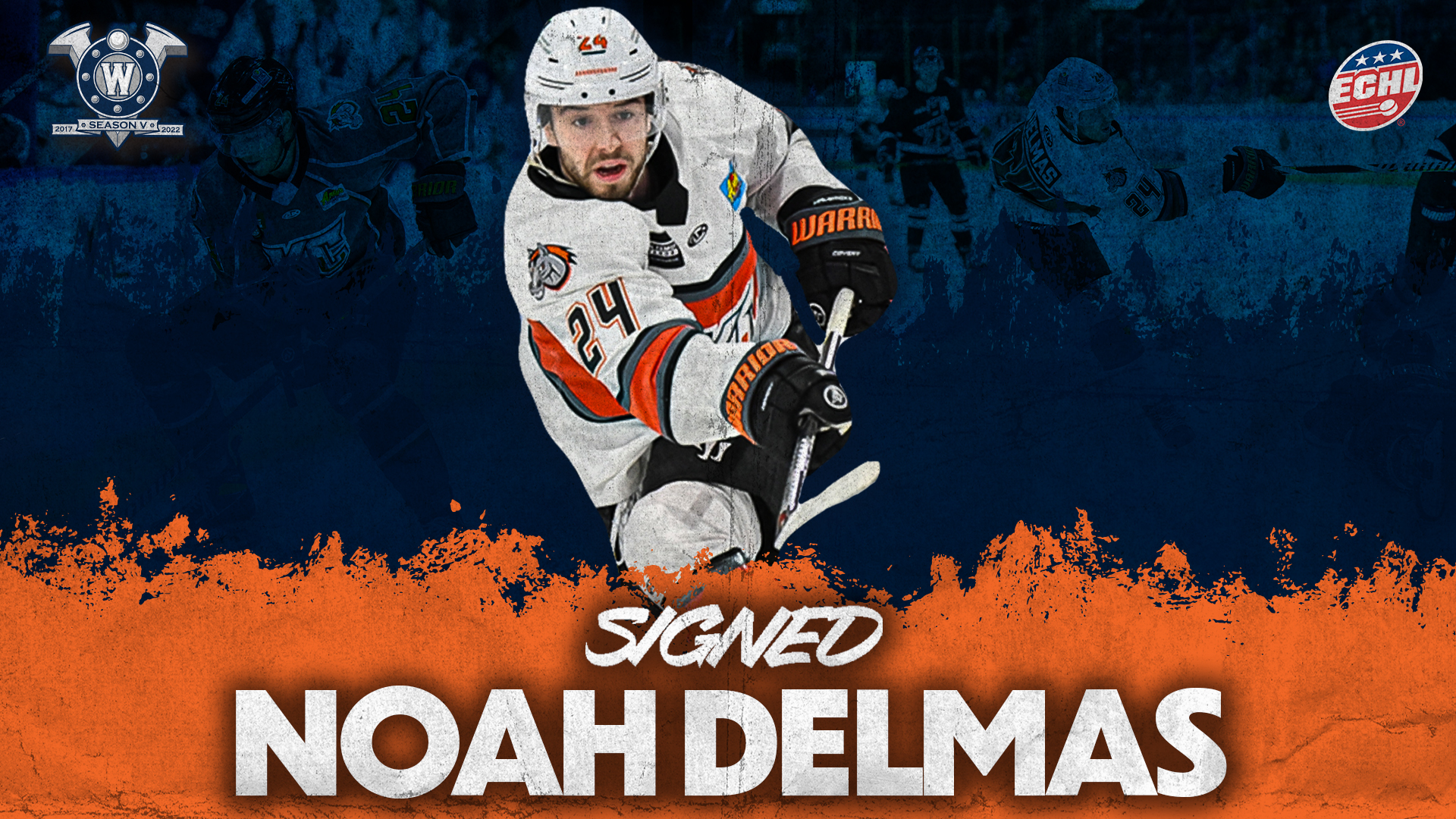 Delmas, 26, enters his third professional season after splitting last year with the Kansas City Mavericks tallying nine points (2G, 7A) in 32 games before heading overseas on February 25th to join the Manchester Storm of the EIHL where he totaled four points (2G, 2A) in 18 games. The 6-foot-1, 195lb defenseman played his first pro season with Kansas City during the 2020-21 campaign registering four points (1G, 3A) in 35 games.

Prior to pro hockey the right-handed shot defender played four seasons at Niagara University from 2016-20 accumulating 99 points (20G, 79A) in 146 games and served as team captain his senior season as well as an alternate captain as a junior. During his junior year in 2018-19 he finished fourth among all defensemen in the nation in goals (15) and points (40) while leading Niagara with 25 assists.

The Newmarket, ON native has been invited to multiple NHL Development Camps over the past few years including the Toronto Maple Leafs and Carolina Hurricanes.

“Noah is a highly talented responsible defenseman with tons of potential offensively,” Lavallee-Smotherman said. “He has been on my radar since the free agency period began and I am extremely excited we managed to make him a Railer. He is driven and highly motivated to take his game to the next level and I can’t wait to help him do just that. He is exactly the kind of player we are looking for here in Worcester, ambitious, eager to learn, and ready to prove something.”

The Railers have announced four players officially signed for the 2022-23 season as Noah Delmas joins Nolan Vesey, Myles McGurty, and Liam Coughlin as the four signees. More announcements are expected over the next few weeks.