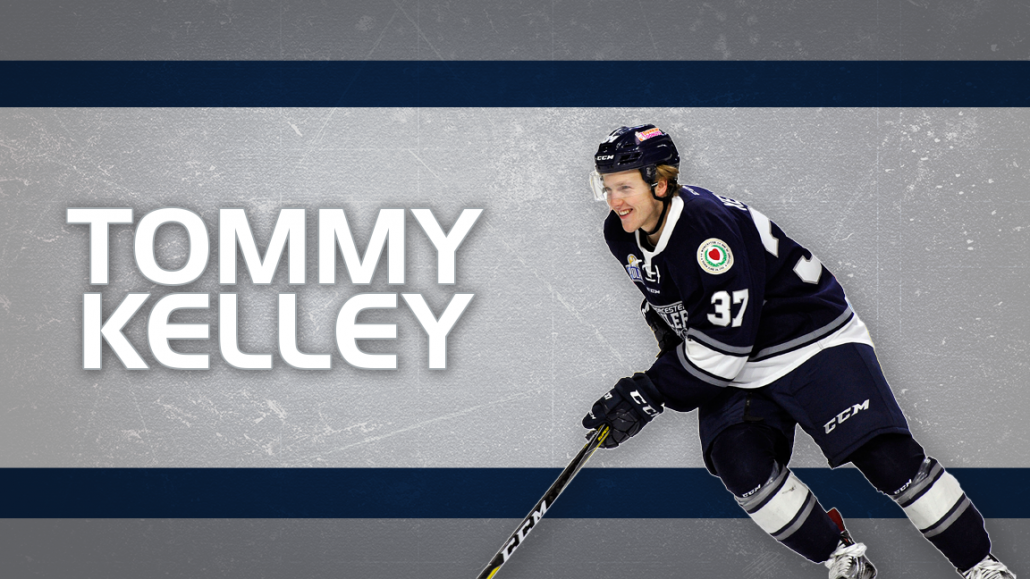 The 23-year-old Natick, MA native returns to the Worcester Railers after appearing in 17 games during the 2017-18 season, where he recorded two goals and four assists for six points. Kelley ranked third among ECHL rookies with three shoot-out goals.

The forward spent four years at Boston University and skated in a total of 86 games and was named to the Hockey East All-Academic team in 2017. Kelley began the 2017-18 season with the Knoxville Ice Bears of the SPHL, where he skated in 22 games and recorded 10 goals and 10 assists for 20 points. Kelley played with the Manchester Monarchs, Cincinnati Cyclones, and the Atlanta Gladiators before finishing the 2017-18 season with the Worcester Railers. In total, Kelley skated in 27 ECHL games and recorded three goals and four assists for seven points.

“Tommy earned a call up with our organization and immediately proved his value,” said Russell.  “He is a strong skater, plays a responsible game and was very effective in the shoot-out. Tommy is a versatile player and can be slotted anywhere in our lineup. He is a player you want to see succeed as he is a fabulous teammate and a terrific person.”