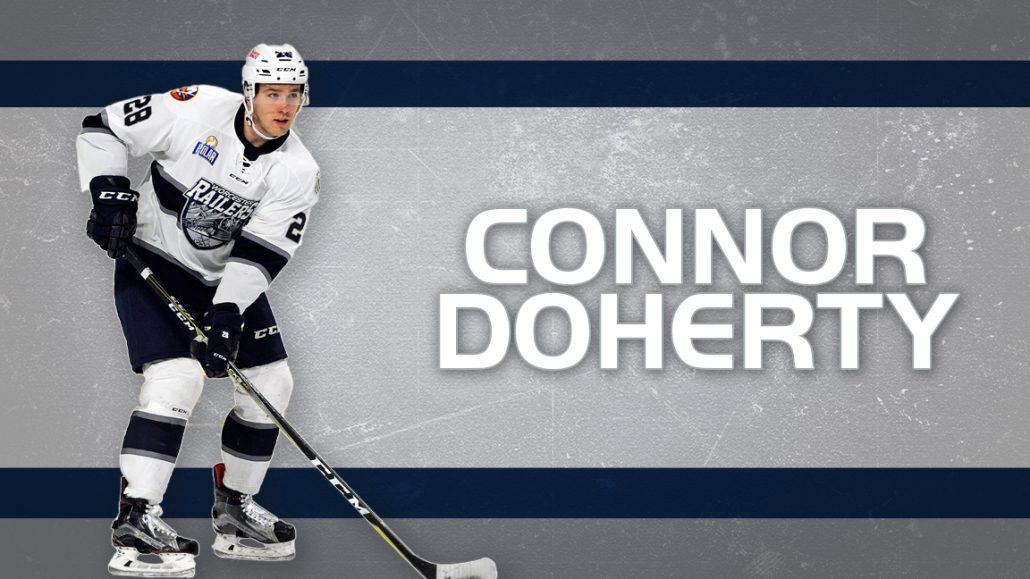 Doherty made professional debut with the Railers in 2017-18 season

The 25-year-old Holden, MA native returns for his second professional season after making his debut with the Railers in the 2017-18 season. The defenseman appeared in 40 games for the Railers and recorded one goal and four assists for five points. The rookie defenseman also dressed for five playoff games during the post-season for the Railers.

“Connor earned a contract last year in training camp, then battled the injury bug very early in the season,” said Russell. “He is very coachable and his confidence grew as the season progressed.  We loved the edge to his game he developed as he became a tough opponent to play against.”

Doherty joins Almeida, Hudson, Sorkin, and McKenzie in signing an ECHL contract with the Railers for the 2018-19 season.

Trax in the community – 4th of July week!