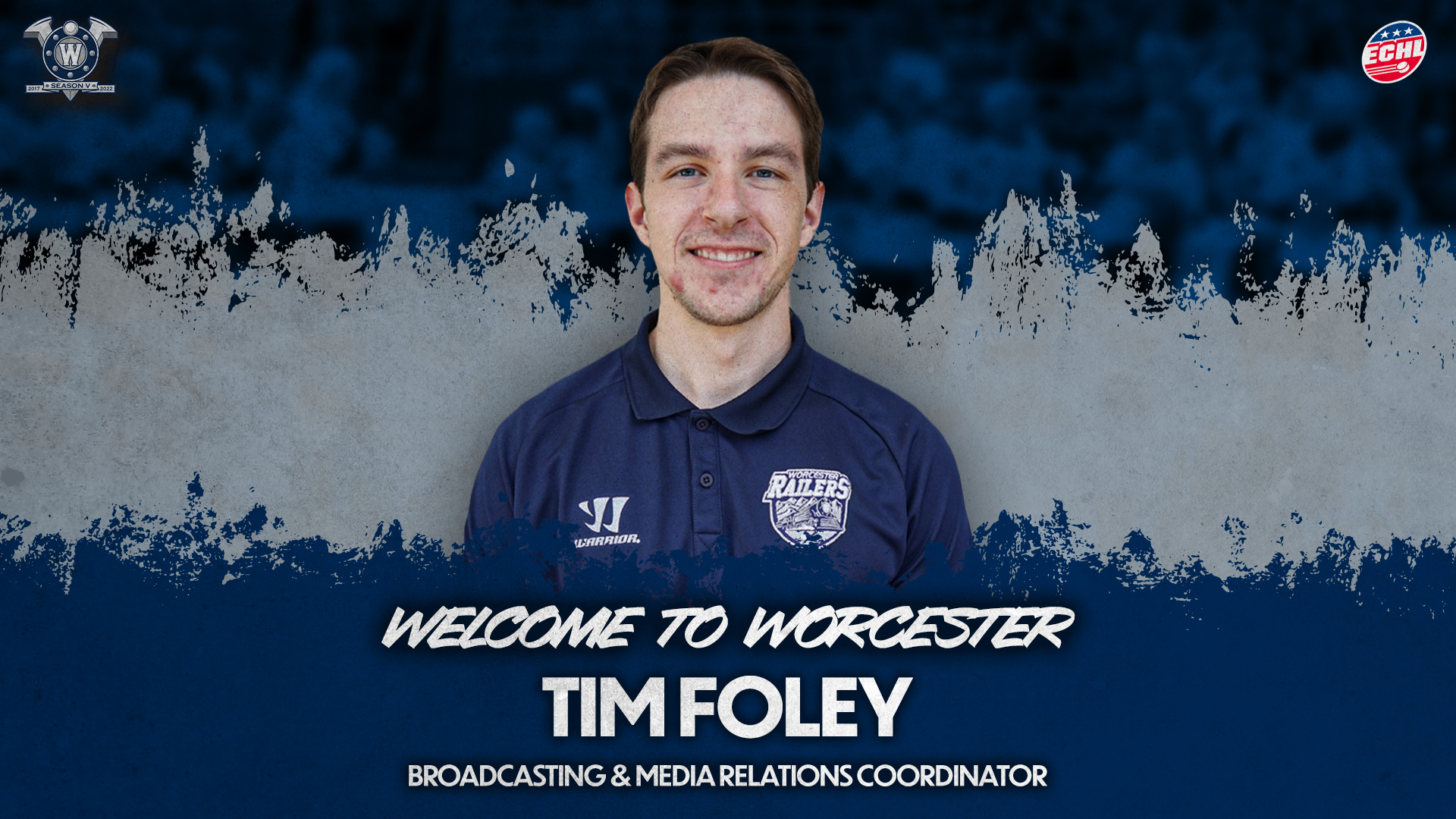 Foley will serve as the primary broadcast voice for all 72 regular season games on 98.9 Nash Icon, the Railers Radio Network

Foley, 23, is a recent graduate of Fitchburg State University, where he called games for the FSU Athletics Department for four years. While at Fitchburg, he spent time working at 105.3FM and AM1280 WPKZ, acting as a play-by-play broadcaster, producer, show host, and voice-over talent. He spent the past two summers as a broadcaster for the Harwich Mariners of the Cape Cod Baseball League. He most recently served as the Director of Broadcasting & Media Relations for the Mariners during the summer of 2022. Tim was a broadcast intern for the Railers during the 2021-22 season where he worked alongside reigning ECHL Broadcaster of the Year Cam McGuire.

Foley will manage all communications efforts for the team and will be the primary broadcast voice for all Railers home/away games this season on 98.9 Nash Icon, the Railers Radio Network. In addition, he will assist the hockey operations staff in team services.

“Tim was an integral part of our media relations and broadcast team last year,” Myers said. “In true Railers fashion, we like to hire from within, and from day one we knew that we had a quality candidate in him. We could not be more excited to bring him in and watch him take his career to the next level.”

The Natick, MA native attended Worcester Sharks games growing up, which helped him develop a deep-seated admiration for the history of professional hockey in the city of Worcester.

“It’s nothing short of an honor and a privilege to represent this great city and its longtime, dedicated hockey fans by being named the voice of the Railers as the organization gets set to embark upon its fifth season,” Foley said. “With numerous players returning from last year’s team, it will surely be a memorable season here in Worcester. I could not be more excited to help move this franchise toward its ultimate goal of bringing the Kelly Cup to the Heart of the Commonwealth.”