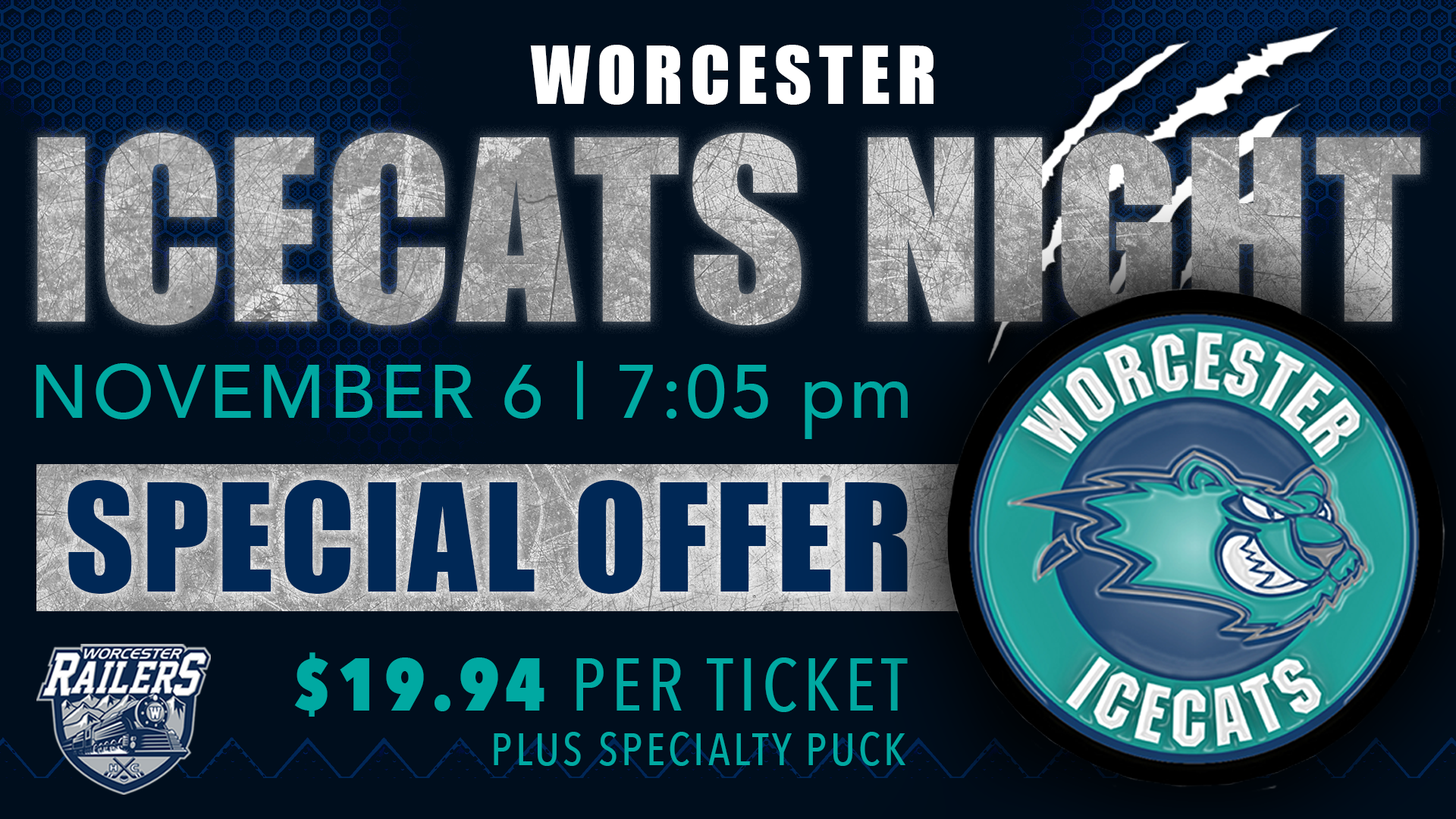 The Railers are offering a ticket and IceCats specialty puck package for $19.94 to pay tribute to the IceCats inaugural season in 1994-95. CLICK HERE to purchase.

“If you grew up in the Worcester area, the IceCats have a special place in your heart,” said Railers HC President Stephanie Ramey. “We are excited to bring those memories back for the evening and to introduce the IceCats to a new generation of young hockey fans!”

IceCats mascot, Scratch, will be present and the game will highlight footage and music from 1994-2005. Fans are encouraged to submit their IceCats photographs on the Railers HC Facebook page (@railershc) for a chance to be featured on the videoboard.

The Worcester Railers will be wearing Worcester IceCats specialty jerseys presented by Lundgren Honda of Auburn. Jerseys will be auctioned off during the game with the proceeds benefiting March of Dimes.

Thunder Explode on the Powerplay as the Railers Fall 6-2