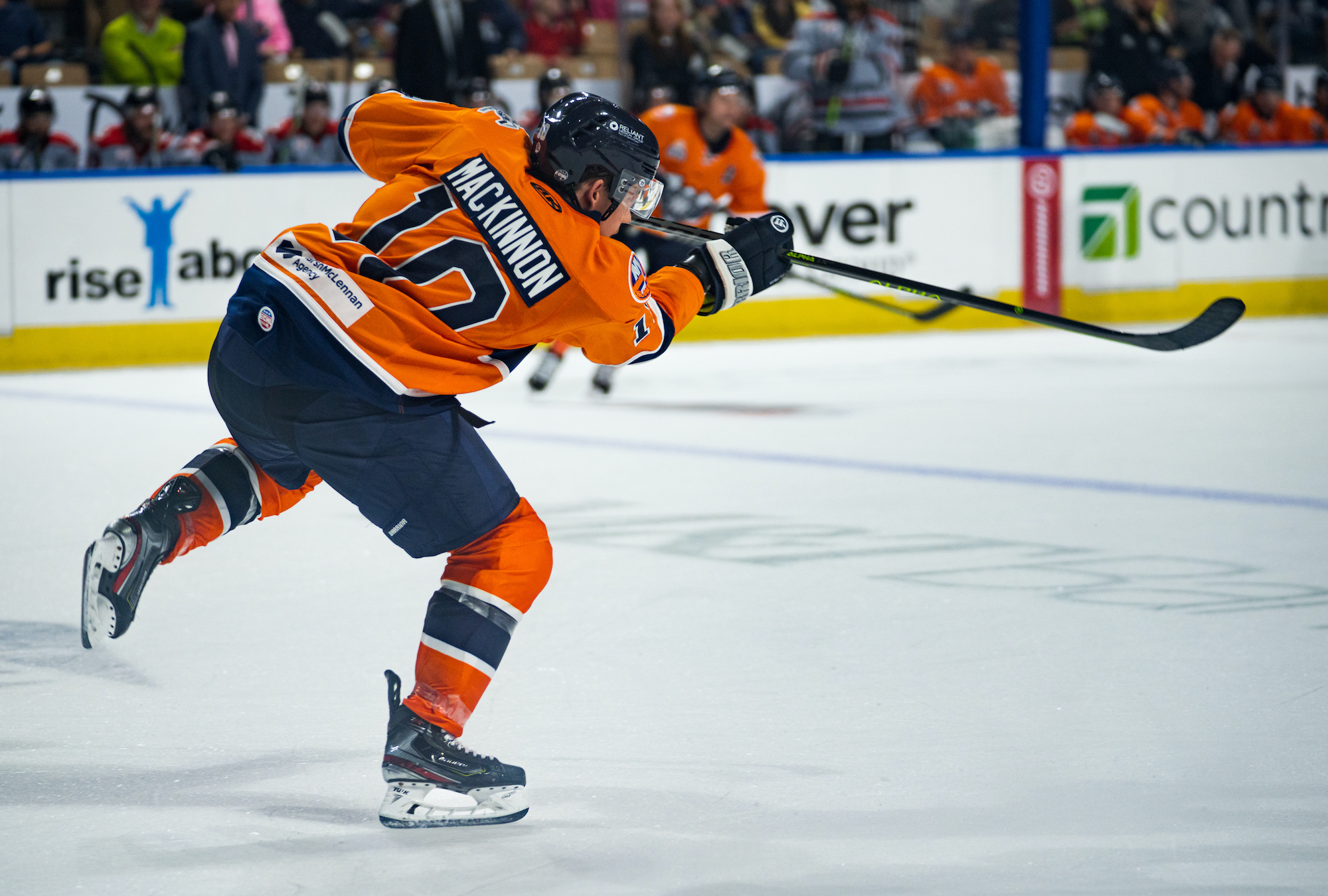 SHREWSBURY, N.J. – The ECHL announced today that Ryan MacKinnon is the co-recipient of the AMI Graphics ECHL Plus Performer of the Month for October after sharing the league lead with a plus-minus rating of +10 in the opening month of the ECHL season.

MacKinnon was even or better in each of his five outings in October, and posted +3 on three occasions – Oct. 22 vs. Adirondack, Oct. 26 at Trois-Rivières, and Oct. 30 at Adirondack.

Under contract to Bridgeport of the American Hockey League, MacKinnon has recorded six points (2g-4a) in 42 career AHL games with Bridgeport and Lehigh Valley.

Prior to turning pro, MacKinnon posted 48 points (12g-36a) in 82 career games at the University of Prince Edward Island and 107 points (20g-87a) in 252 career games in the Quebec Major Junior Hockey League with Rimouski and Charlottetown.

In recognition of his accomplishment, AMI Graphics will present Ryan MacKinnon with a personalized Plus Performer of the Month Banner during an on-ice ceremony at an upcoming home game.

Why Me Bruins Alumni Game Roster Released
Scroll to top