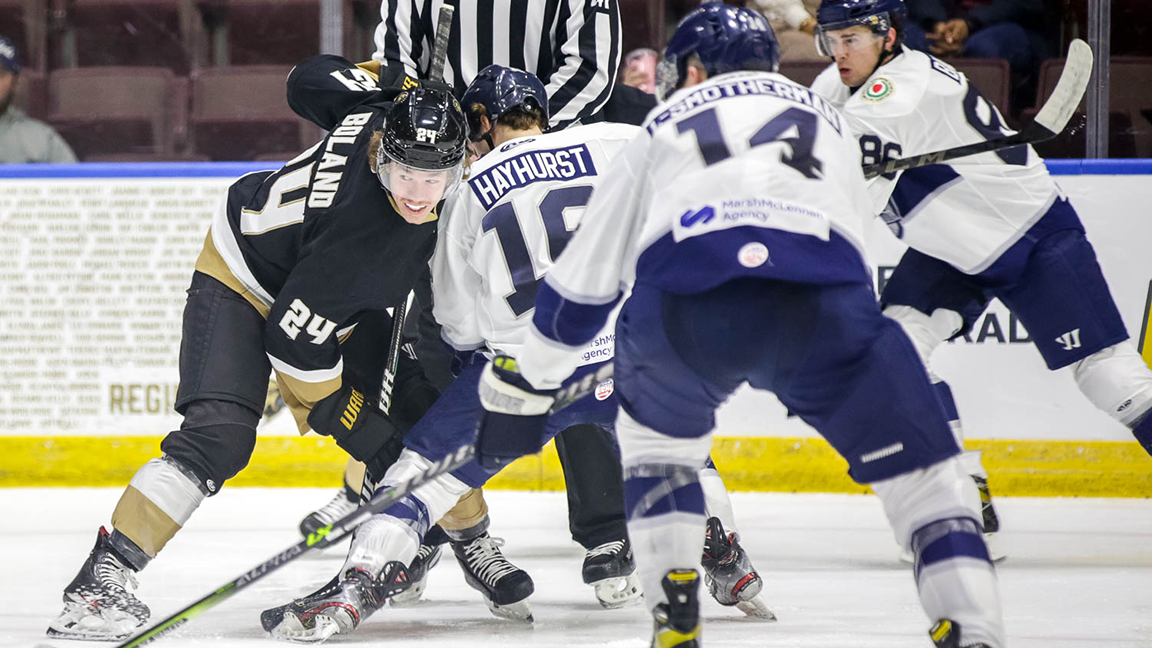 Meeting 8 of 9 vs. Newfoundland this season

Jared Brandt makes his debut for the Railers

Worcester opened up the game on a four-minute double minor, as Nathan Noel committed a high sticking penalty on Jacob Hayhurst, drawing blood just 15 seconds into the game. The Railers were dry on the man advantage, as the game remained 0-0 after four minutes of powerplay time for Worcester. Zach O’Brien (26th) found the back of the net for the third time in two games against the Railers for Newfoundland midway through the first. While on the power play, O’Brien carried the puck down the right side then ripped a wrist shot high glove side on Colten Ellis, making it 1-0 Growlers. Both goalies stayed strong the rest of the frame, as the game was 1-0 heading into the second period. Shots in the period favored Newfoundland 13-10.

Newfoundland again potted a goal midway through the period as Isaac Johnson (12th) made a nice move down the left side and deked around Ellis across the front of his crease, extending the Growlers lead to 2-0 with 10:13 left in the frame. Worcester had two separate powerplay opportunities in the period, but much like the first, were unable to convert. The score going into the second would be 2-0, as Chase Perry  in net for Newfoundland had made 14 saves on 14 shots through two periods. Shots in the period favored Newfoundland 12-4, and on the game favored the Growlers 25-14.

In the third, the Growlers were able to tack on two more goals. First, it was Tyler Boland (10th) with 10:45 left in the game who was able to split through the Railers defense and beat Ellis on the backhand to make it 3-0 Newfoundland. Just 1:30 later, Todd Burgess found Gordie Green (14th) out in front, as green one-timed the pass on net and past Ellis to give the game its final score of 4-0. Worcester had another two chances on the man-advantage, but came up short each time. Newfoundland outshot Worcester 10-5 in the third, and 35-19 on the game.