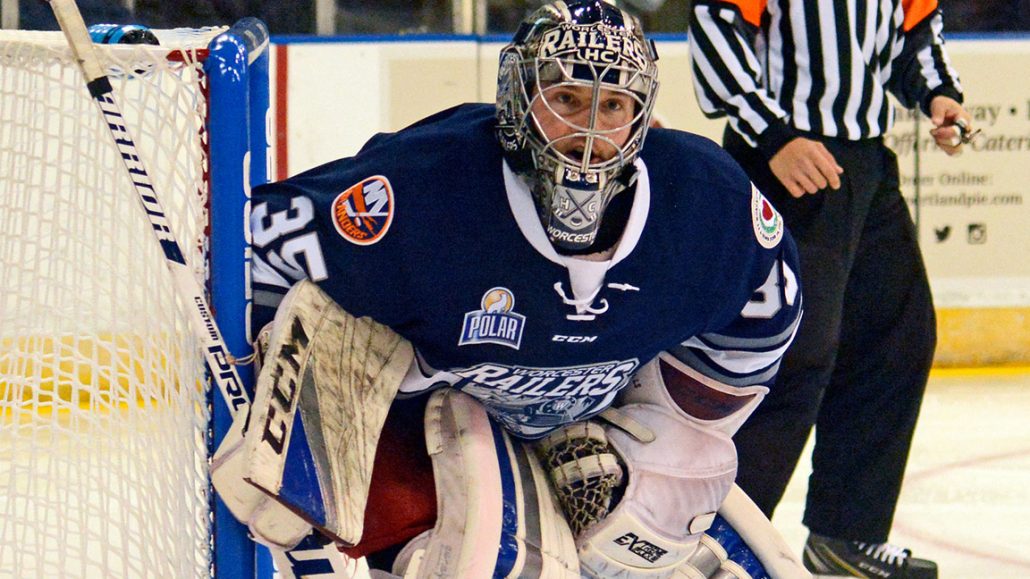 Meeting 2 of 15 vs. Manchester this season

Defenseman Mike Cornell had the game winner at 5:27 of the third period and Ashton Rome added an empty netter as the Railers improved to 2-0-0-0 in the young season.

Neither team found the back of the net in a rather ho-hum first period of play as Manchester led the shot docket 9-6.  Railers rookie netminder Mitch Gillam made a pair of left pad saves to keep the game scoreless through 20 minutes of play.

Each team had a 5-on-3 power play in the middle frame but again came up empty in the second period.  Yanick Turcotte (3rd FM) and Colton Saucerman (1st FM) dropped the mitts at 12:23 with Turcotte getting the KO with a series of lefts and rights.  Shots were 19-14 in favor of Manchester through 40 minutes.

The Railers would score twice in the third period to take home a 2-0 victory.  Mike Cornell (1st) scored the game winner at 5:27 with a quick snap shot from 58 feet through a screen and past goaltender Charles Williams assisted by Kellen Jones.  The Monarchs would put some pressure on late but Mitch Gillam stood tall with nine more saves before captain Ashton Rome (2nd) buried an empty netter from 120 feet at 19:01 to seal the victory.

Coming up….
The Worcester Railers Hockey Club, a proud member of the ECHL, head to Colorado on Wednesday, Oct 25 for a 9:05pm (EST) battle vs. the defending Kelly Cup Champion Colorado Eagles.  Listen to the game live on 98.9 Nash ICON with coverage beginning at 8:35pm. Full season memberships, mini plans, and group tickets are on sale now by calling the Railers front office at 508-365-1750 or by visiting www.RailersHC.com.

Railers on the Road: How to stay tuned in Railers in the Air: Team heads to Colorado, Utah
Scroll to top