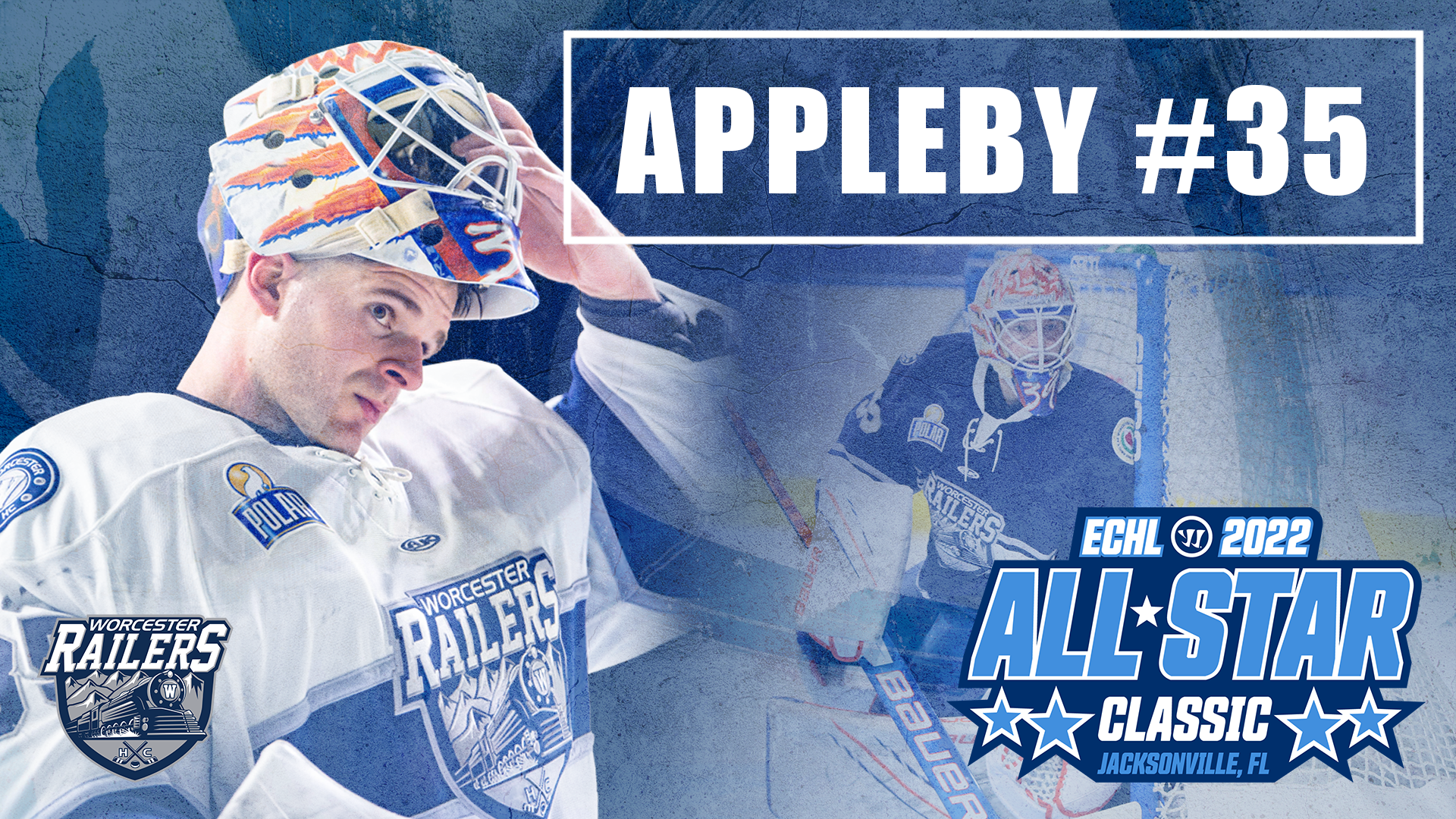 Worcester, MASS. –  The Worcester Railers Hockey Club (@RailersHC) proud ECHL (@ECHL) affiliate of the New York Islanders (@NYIslanders) along with the ECHL has announced today that Railers’ goaltender Ken Appleby (@KAppleby35) has been selected to the 2022 Warrior/ECHL All-Star Classic roster.

Appleby is 59-31-9 in 103 career ECHL appearances with Worcester, Florida, Jacksonville and Adirondack with eight shutouts, a 2.37 GAA and a SV% of .918. He also has 87 games of experience in the AHL and has appeared in three career NHL games with New Jersey.

The Jacksonville Icemen will host the All-Star Classic on Monday, Jan. 17 at 7:30 p.m. at Vystar Veterans Memorial Arena. The game will air LIVE exclusively on NHL Network.

In partnership with the Premier Hockey Federation and Professional Women’s Hockey Players Association, two members from each organization will participate in the All-Star Classic. Taking part in the All-Star festivities will be the PHF’s Allie Thunstrom of the Minnesota Whitecaps and Jillian Dempsey of the Boston Pride and the PWHPA’s Sophia Shaver of Team adidas (Minnesota) and Loren Gabel of Team Sonnet (Toronto).

The Railers kick off a three game homestand tonight hosting the Maine Mariners at 7:05 p.m. at the DCU Center for a Buy 2 Get 2 Wednesday; by purchasing two tickets, you will receive two complimentary tickets to the same game. Click HERE to secure your seats today.

Railers Rally In Second Period But Fall Short In Reading