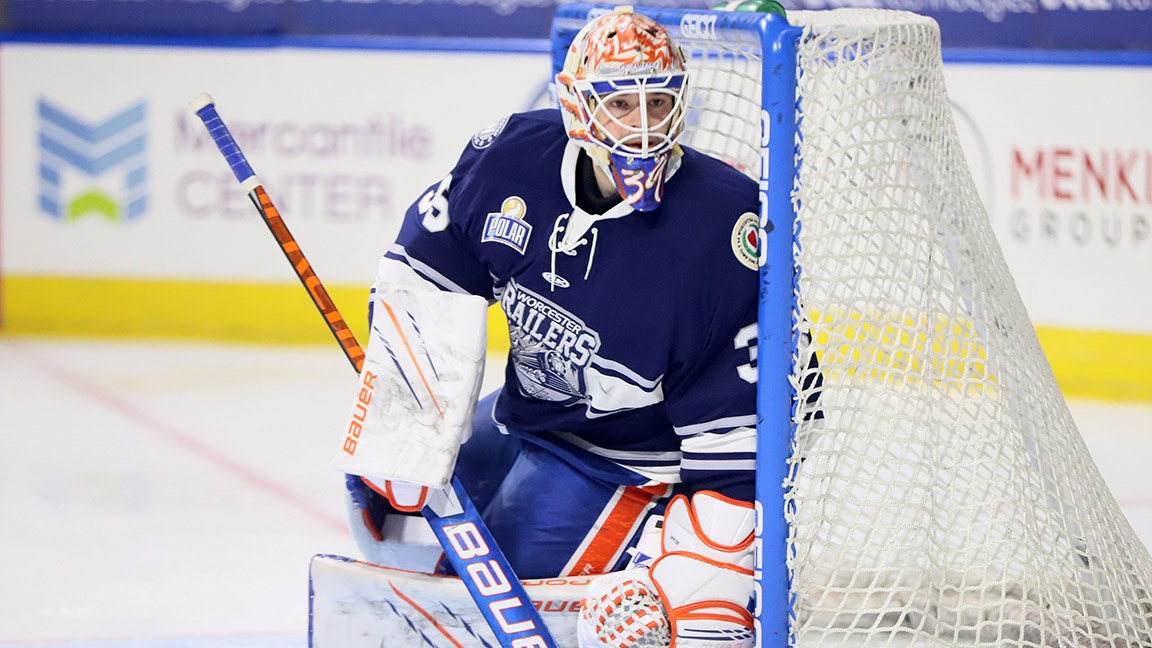 Ken Appleby of the Worcester Railers is the Warrior Hockey ECHL Goaltender of the Week for Nov. 15-21.

Appleby went 2-0-0 with a 1.50 goals-against average and a save percentage of .965 in two appearances last week.

The 26-year-old stopped 47 shots in a 6-2 win at Trois-Rivières on Wednesday and made 35 saves in a 3-1 victory over the Lions on Saturday.

Under a National Hockey League contract with the New York Islanders, Appleby has appeared in seven games for the Railers going 3-3-1 with a 2.40 goals-against average and a save percentage of .927. He has also seen action in two games with Bridgeport of the American Hockey League.

A native of North Bay, Ontario, Appleby is 59-29-10 in 101 career ECHL appearances with Worcester, Florida, Jacksonville and Adirondack with eight shutouts, a 2.32 goals-against average and a save percentage of .919. He also has 85 games of experience in the AHL and has appeared in three career NHL games with New Jersey.

Prior to turning pro, Appleby appeared in 92 career games with Oshawa of the Ontario Hockey League where he went 55-18-9 with nine shutouts, a 2.28 goals-against average and a save percentage of .918.

The Railers travel on the road Wednesday, Nov. 24 at 7pm vs. the Maine Mariners and Friday, Nov. 26 at 7pm vs. the Adirondack Thunder. Worcester host the Newfoundland Growlers at the DCU Center on Sunday, Nov. 28 at 3:05pm for a Kid’s Giveaway Sunday with the first 1,000 kids 12 and under receiving a drawstring bag and a 30 minute play card at Apex Entertainment in Marlborough.