Hello Railers HC! It’s that time again for the Community Express! We are one week closer to the start of the season. 17 days left…but who’s counting!? We have a lot to recap so let’s jump right in. 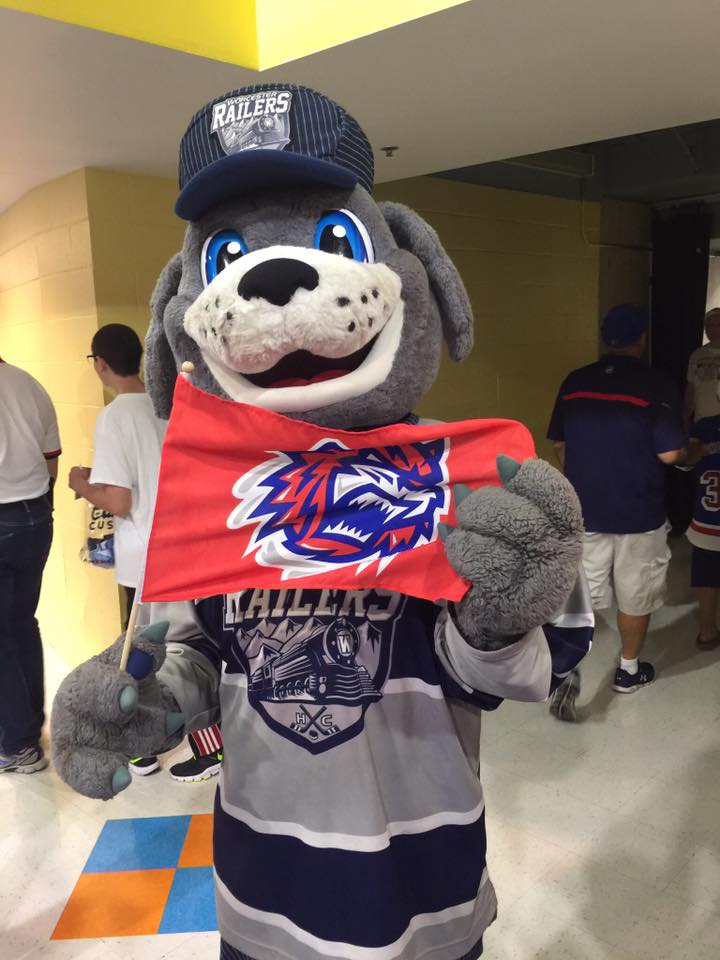 Saturday, Sept. 23 – Shrewsbury Fall Festival, Dragon Boat Race, Wachusett Kids Fest, Walk & Wag (Second Chance AS)
Trax and I went to the Spirit of Shrewsbury Fall Festival early Saturday morning. We first appeared at the Shrewsbury Road Race at Dean Park where we met some of the runners. After this we went to Oak Middle School for the Expo. Next, we went to Lake Quinsigamond’s Dragon Boat festival. We teamed up with You, Inc. and had a team race; they did a fantastic job! Our third event of the day was in Monson and was called Walk and Wag and Cruise for the Critters. Second Chance Animal Shelter put on this event. Trax took photos with dogs at the photo booth, as seen below. The last event was Wachusett Kids Fest. Trax got to go on the Sky Ride as well as participate in the BMX Show. 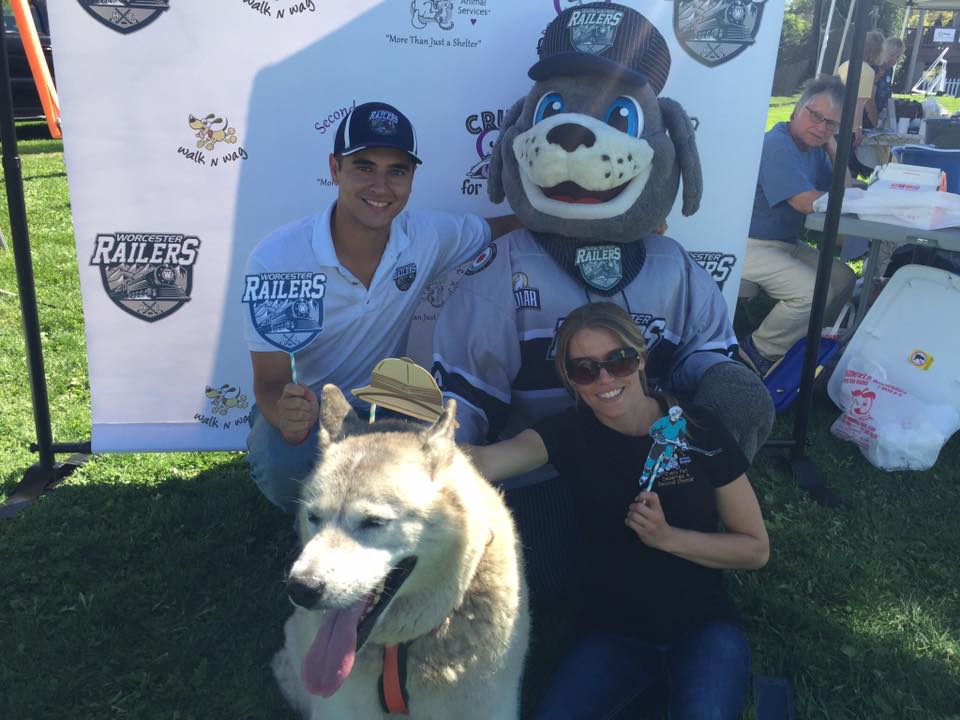 Sunday, Sept 24. – UMASS Cancer Walk, Diabetes Walk
We brought Trax out to two walks on Sunday. We had an amazing time! We first appeared at the Diabetes Walk at Assumption College. Trax met up with Jake the Lion, Wally the Green Monster and Slyde from the Revolution, as seen below. At the UMASS Cancer Walk, Trax went up on stage and danced with a Zumba group. He also high-fived all the walkers at the start/finish line. Overall, it was a fantastic weekend in the community. 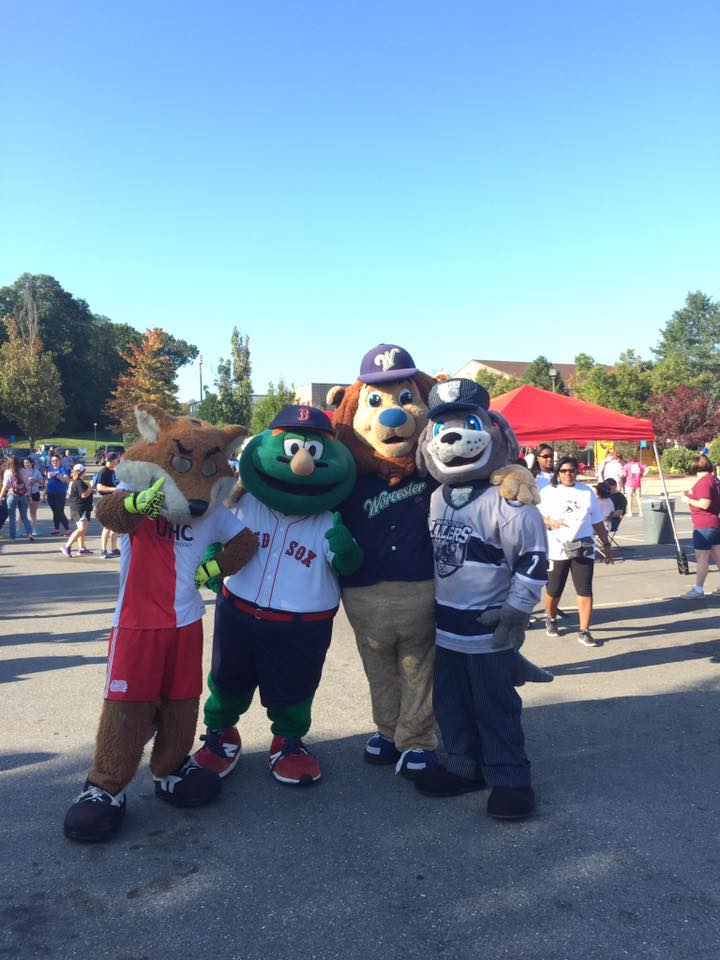