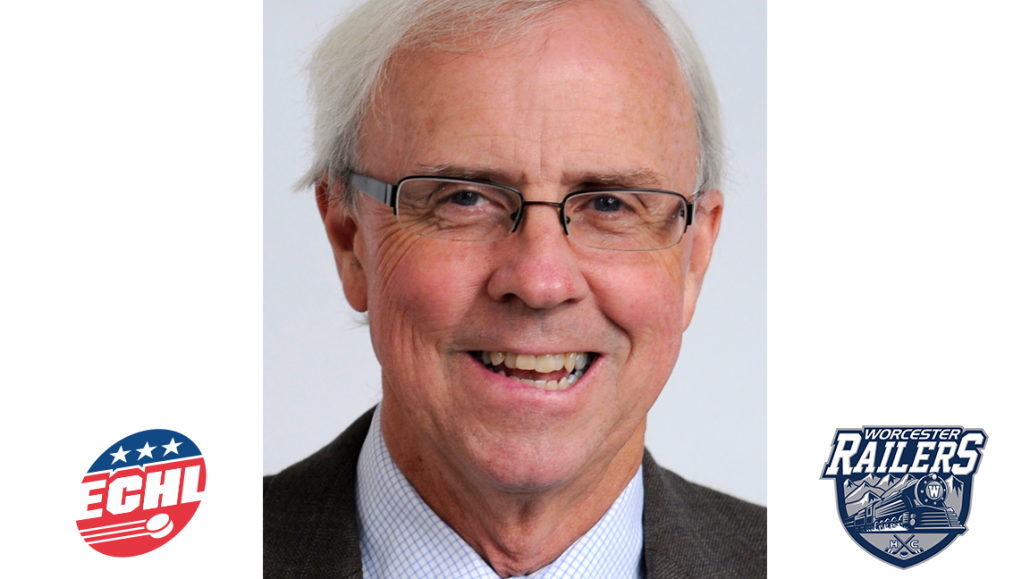 Ballou covered the Worcester Railers HC in their inaugural season

PRINCETON, N.J. – The ECHL announced on Tuesday that Bill Ballou of The Telegram & Gazette in Worcester, Massachusetts has been selected as the 2017-18 recipient of the ECHL Outstanding Media Award for his coverage of the Worcester Railers HC.

The award is determined in a vote of league media members, media relations directors and broadcasters.

“Going into last season I was covering an expansion team in a league I was unfamiliar with, so I had no idea what to expect,” Ballou said. “It turned out to be one of the most enjoyable years I’ve ever had writing about hockey.”

A lifelong resident of Whitinsville, Massachusetts, Ballou graduated from the University of Massachusetts in 1970 and has been with The Telegram & Gazette since 1984. He has covered three different pro hockey teams in Worcester, including the IceCats from 1994-2005 and the Sharks from 2006-15, in addition to the Railers. He is a two-time winner of the American Hockey League’s Ellery Award for print journalism. Ballou is also a member of the Baseball Writers Association of America and is in his 32nd season of covering the Boston Red Sox.