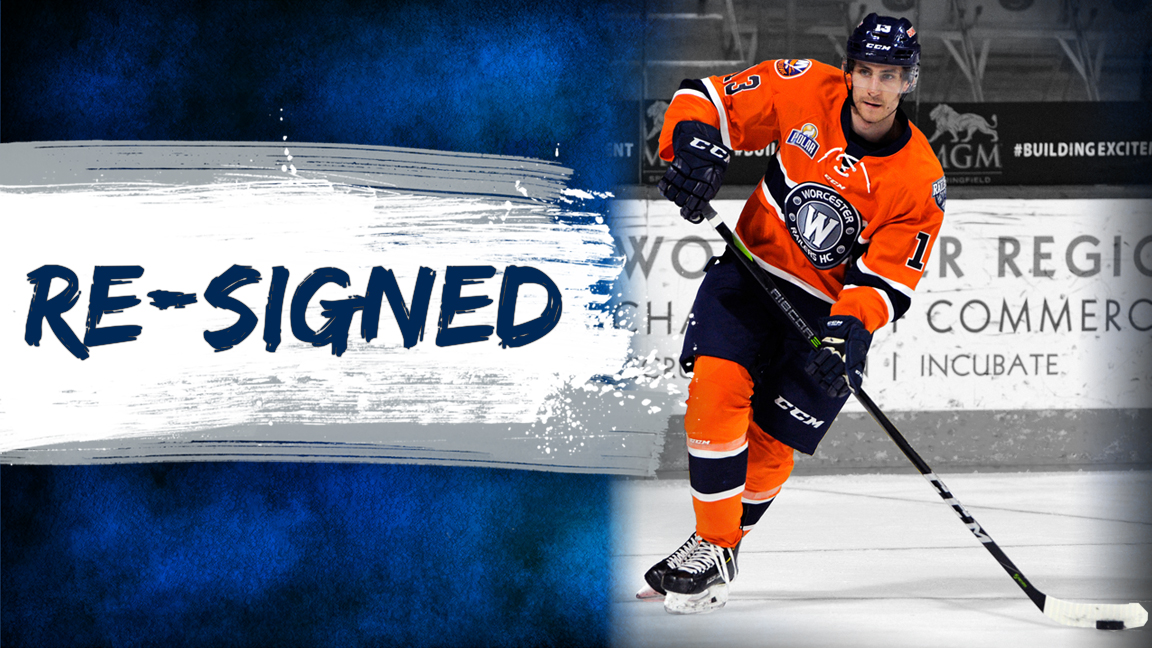 The 24-year-old Chukarov made his professional debut with the Worcester Railers last year on February 20thagainst the Manchester Monarchs. Chukarov ended the season playing in 15 games for the Railers scoring two goals and three assists (2-3-5).

The Des Plaines, IL native played at UMass Amherst from 2015-19 where he played in 128 games for the Minutemen scoring six goals and 19 assists (6-19-25) and 88 PIMS. Chukarov played his junior hockey with the Minnesota Wilderness in the NAHL from 2013-15 and won the Robertson Cup in 2015 with the club.

The 6’3” 200lb defenseman was originally drafted by the Buffalo Sabres in the seventh round of the 2015 NHL Entry Draft (182ndoverall).

“We are excited to have Ivan back with us for his first full pro season,”said Russell. “Ivan is a player that has a lot of upside for us as he can move the puck up and down the ice and is a great skater with size.”

BID on a Worcester Railers Jersey!
Scroll to top