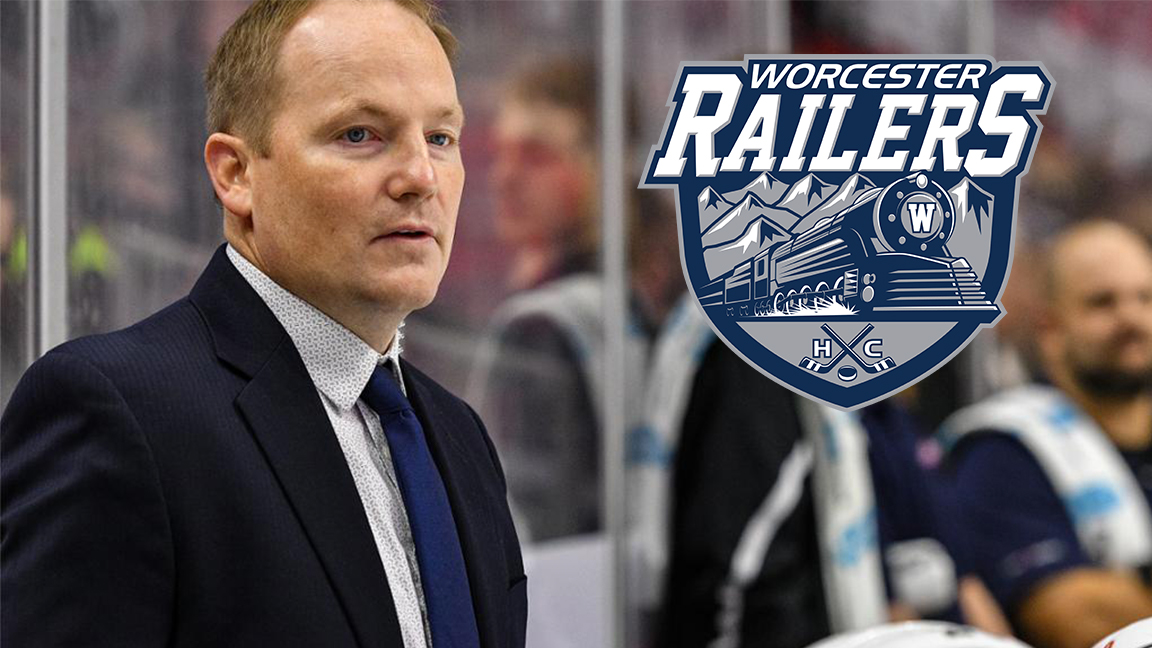 “Today, we made the decision to relieve Jamie Russell and Derek Army of their coaching duties and named David Cunniff as our new general manager and head coach,”said Myers. “Over the last three years, Jamie has been instrumental in providing a professional hockey culture for our organization and was able to set up a solid starting point for us.”

“Jamie’s professionalism and commitment to our organization was key in allowing us to succeed on and off the ice from Day 1 and we are appreciative of the foundation that he has put in place for us moving forward to be successful as an ECHL franchise. “We wish Jamie and Derek all the best moving forward.”

“Our fans are familiar with the passion and hockey knowledge that David Cunniff brings to the table. His track record developing players and his hockey pedigree will take the Railers to the next level in terms of on-ice production. We look forward to the next phase and confident that David Cunniff will provide the leadership and the know-how to make us successful moving forward.”

David Cunniff, 49, joins the Worcester Railers with 18 years of coaching experience in the American Hockey League (2002-2019) including serving as an assistant coach with the Hartford Wolf Pack this season where the club held a 11-4-0-5 record and is currently in first place in the Atlantic Division. David was a member of the Iowa Wild’s coaching staff for four seasons (2015-19) and served as an Associate Coach with Iowa, as well as the team’s Interim Head Coach for part of the 2015-16 season. In addition, Cunniff spent 12 seasons as either the associate coach or assistant coach with the San Jose Sharks’ AHL affiliate which included eight seasons with the Worcester Sharks in 2006-2014.  He also spent one season with the Albany Devils in 2014-15.

In parts of three seasons under Russell, the Railers posted a record of 73-66-20 in 159 regular season games and a 2-4 record in one post season appearance.

David Cunniff is expected to be behind the bench tonight joined by Worcester Railers player/assistant coach Barry Almeida. In addition, the club announced that vice president of marketing and communications Eric Lindquist will also serve as director of hockey operations.

Railers Grab a Point in 5-4 Overtime Loss in Maine

Growlers Prevail Over the Railers 4-1 in David Cunniff’s Railers Coaching...
Scroll to top