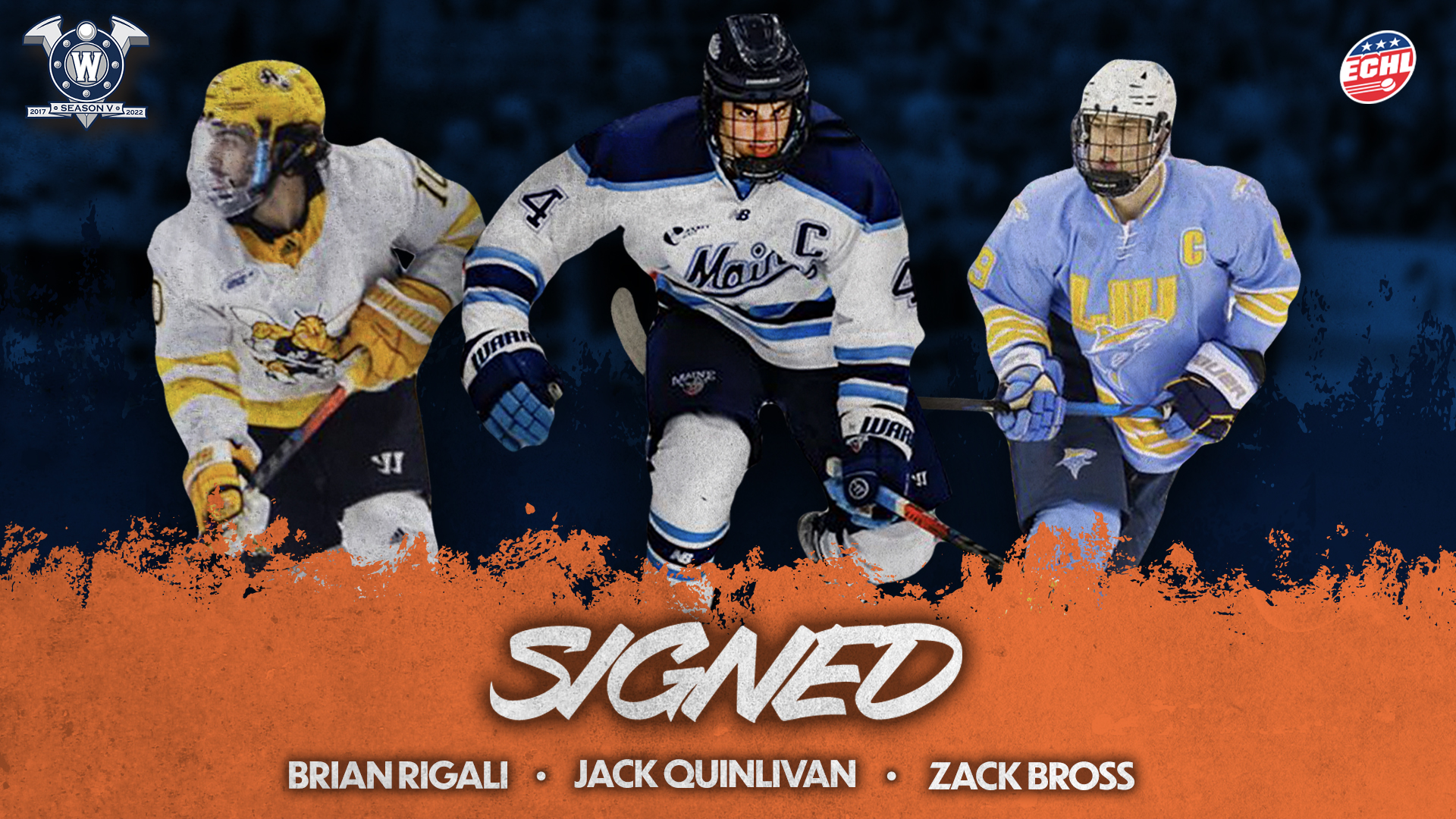 Rigali, 25, recently completed his fifth season of college hockey this past year at American International College (AIC), registering 26 points (12G, 14A) in 32 games helping lead the team to an American Hockey Association (AHA) regular and tournament championship. Prior to his graduate transfer season with the Yellow Jackets, the 5-foot-8, 185lb forward spent four years at the University of Connecticut from 2017-21 accumulating 34 points (16G, 18A) in 121 games. The Libertyville, IL native played two seasons in the USHL for the Sioux City Musketeers from 2015-17 totaling 43 points (15G, 28A) in 95 games after spending the 2014-15 season in the NAHL with the Springfield Jr. Blues tallying 22 points (8G, 14A) in 58 games.

“Brian is coming off of a very successful final season at AIC,” said Lavallee-Smotherman. “His incredible work ethic, great attitude, and high skill level will be a wonderful addition to our locker room.”

Quinlivan, 26, joins the Railers after serving as the captain at the University of Maine for the last two seasons. The Shrewsbury, MA native played five seasons for the Black Bears from 2016-22 totaling 15 points (4G, 11A) in 123 games. The 6-foot, 188lb forward played one season with the Boston Jr. Bruins in the USPHL Premier during 2016-17 registering 34 points (16G, 18A) in 43 games. Quinlivan played four seasons of high school hockey at Shrewsbury High School from 2011-15, serving as team captain during his senior season.

“Jack is a natural leader and works incredibly hard in every aspect of the game; there is a reason Maine made him a three-year captain,” said Lavallee-Smotherman. “There are levels to Jack’s game that we have yet to see, and I am excited to help him reach that potential.”

“Zack plays a strong power forward game and has an extremely high compete- level,” said Lavallee-Smotherman. “Everyone who describes Zack says he is a beast to play against and I am excited he is joining the team.”