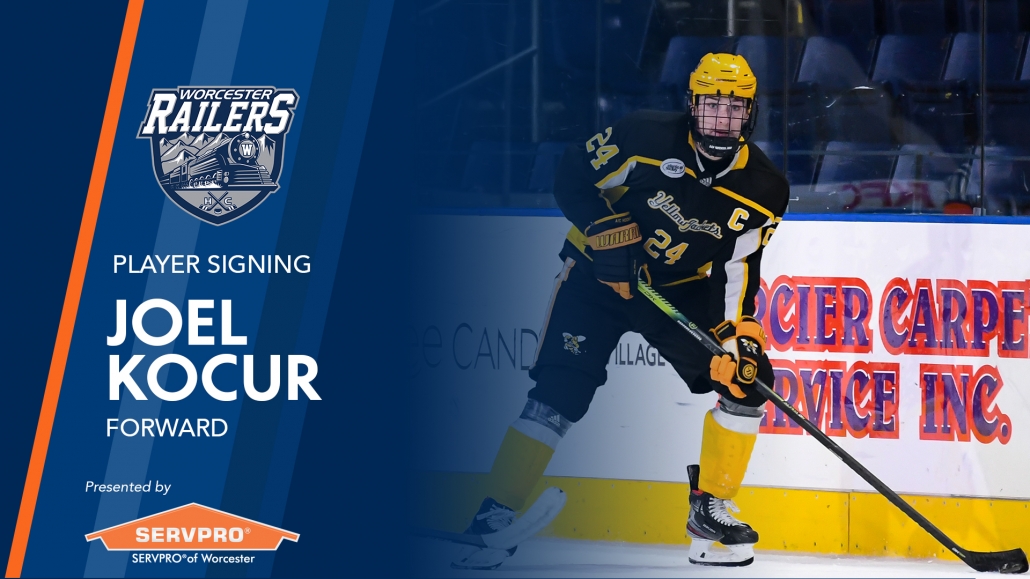 Joel Kocur is entering his rookie season after spending the previous four seasons at American International College (AIC), accumulating 59 points (27 goals, 32 assists) in 140 career games. The 6-foot-1, 188lb forward served as an alternate captain during his junior season and as the team captain his senior season where he recorded 20 points (nine goals, 11 assists) in 34 games. The Yellow Jackets were American Hockey Association (AHA) tournament and regular season champions in 2018-19 and regular season champions in 2019-20. In 2019, AIC received their first bid in program history into the NCAA tournament and defeated the number one overall seed, St. Cloud State, by a score of 2-1; Kocur scored the first goal of the game.

The Edson, Alberta native comes from a rich hockey family. His father Kory played parts of four seasons from 1989-1993 in the American Hockey League (AHL) with the Adirondack Flames and the International Hockey League (IHL) with the Fort Wayne Komets. In addition, Joel Kocur is second cousins with Joey Kocur, who played fifteen seasons in the NHL with the Detroit Red Wings, New York Rangers, and Vancouver Canucks, winning three Stanley Cups with the Red Wings in 1994, 1997, and 1998.

“Joel comes from a strong hockey family and has a lot of knowledge of the game,” Cunniff said. “He improved each year at AIC and will be a strong asset for our team because he’s a versatile player that checks off a lot of boxes for us.”

All player signings this offseason are brought to you by  SERVPRO of Worcester, with more announcements expected over the next few weeks. Click HERE  for the most up to date roster.

McGuire Wire – August 22 – A Week in Review
Scroll to top