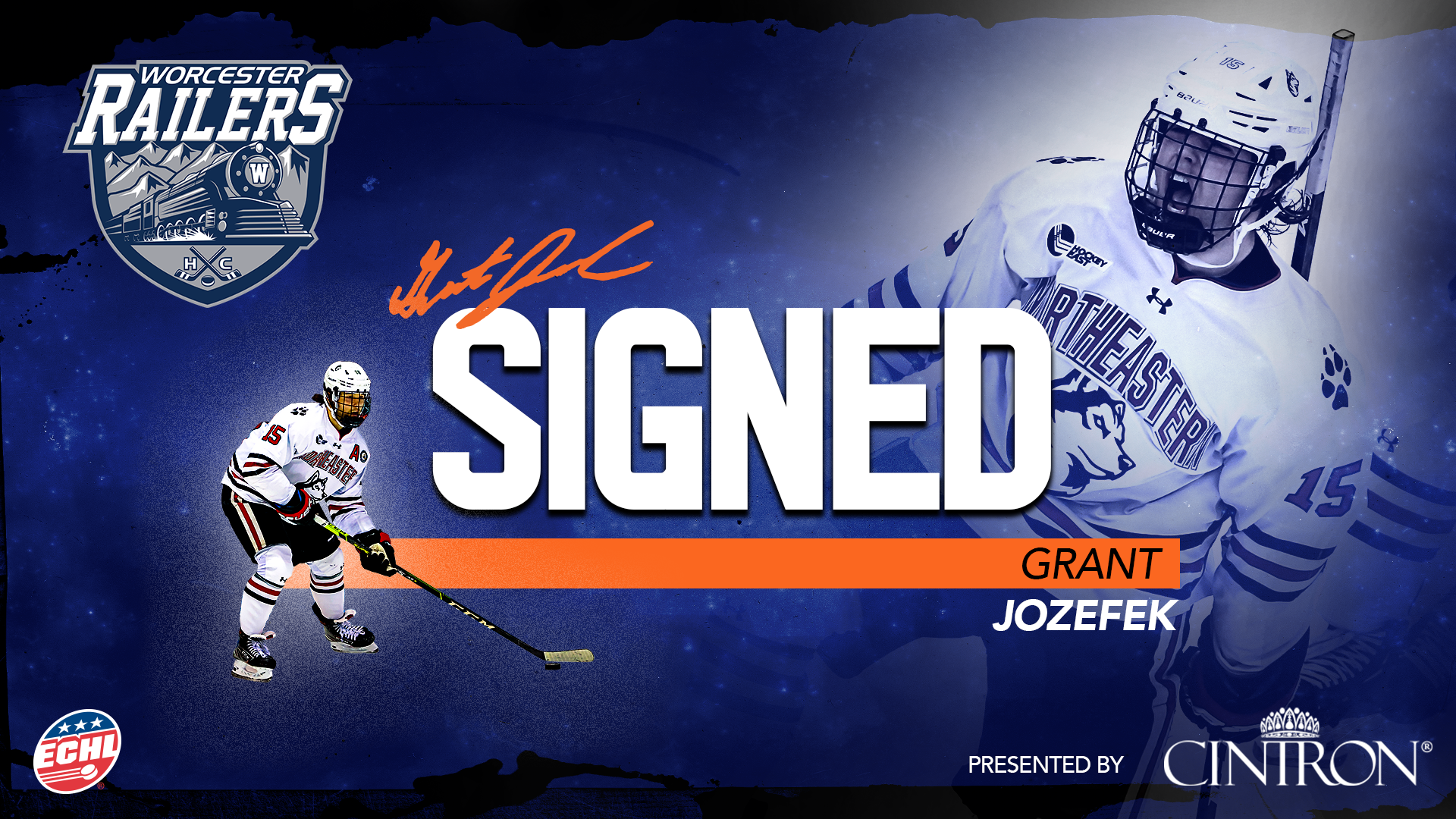 Grant Jozefek enters his rookie season after spending the last five years (2016-21) at Northeastern University where he tallied 76 points (29 goals, 47 assists) in 134 career games. Jozefek served as an assistant captain this past season where he ranked second on the team in assists (12) while finishing the year producing 15 points (three goals, 12 assists). Along with being a three-time Beanpot Champion (2017, 2018, and 2020), he also helped the Huskies capture the Hockey East Tournament Championship in 2019.

Prior to college hockey, the 5-foot-10, 185lb forward played two seasons in the United States Hockey League (USHL) with the Lincoln Stars where he accumulated 79 points (25 goals, 54 assists). During his second season with the Stars in 2015-16, the Chester, NJ native led the team in goals (21) and finished second on the team in points (53).

“Grant is a player that will fit into our lineup nicely,” said Cunniff. “He is a strong speedy skater that will be an offensive threat every time he steps on the ice.”

The Railers now have two players signed for the 2021-22 season as Grant Jozefek joins Jordan Lavallee-Smotherman as the first two signees. All player signings are brought to you by Cintron World, with more announcements expected over the next few weeks.