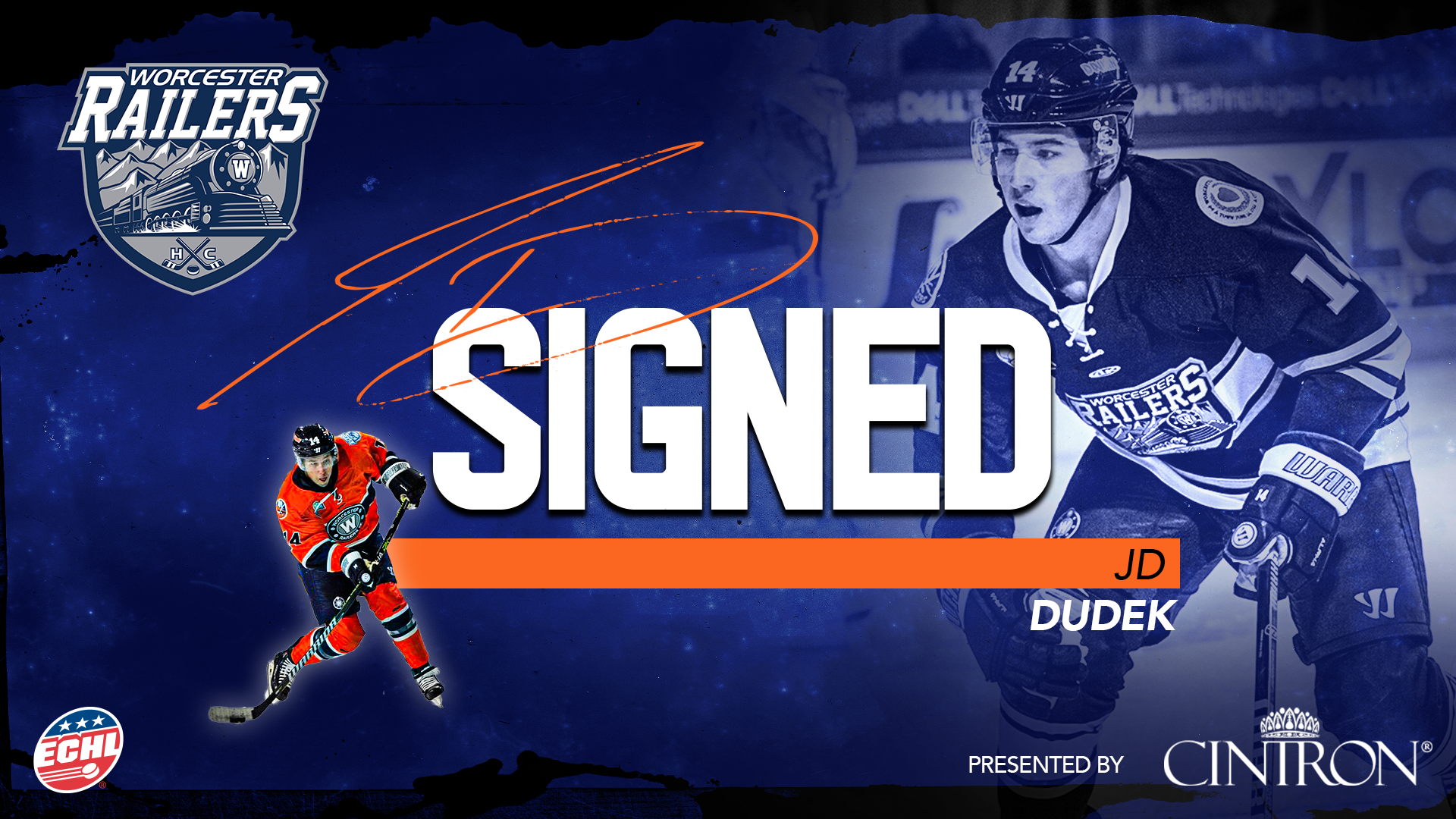 Dudek returns for his second year with Railers

JD Dudek, 25, enters his third professional season after tallying 11 points (seven goals, four assists) in 16 games for Bodens HF (HockeyEttan) in Sweden. The Auburn, NH native signed n contract with the Bridgeport Islanders on August 29, 2019 and went on to play 27 games for Worcester, registering 12 points (two goals, 10 assists). Prior to professional hockey, the 5-foot-11, 185lb forward spent four years at Boston College from 2015-19 where he accumulated 56 points (28 goals, 28 assists) in 149 career games. During his time with the Eagles, he received the James E. Tiernan Award given to the team’s most improved player in 2018-19, won a Hockey East regular season championship in 2017-18, and won a Beanpot Championship in 2015-16 while reaching the Frozen Four. After starring at Kimball Union Academy from 2012-14 logging 86 points (26 goals, 60 assists), Dudek played one season in the United States Hockey League (USHL) during the 2014-15 campaign. He split this time between the Dubuque Fighting Saints and the Chicago Steel registering 18 points (10 goals, eight assists) in 54 games.

“We are very excited to have JD back with the team for the upcoming season,” said Cunniff. “JD will bring a lot of skill to our team up front and will help us generate a bunch of scoring chances. I’m really looking forward to working with him this season.”