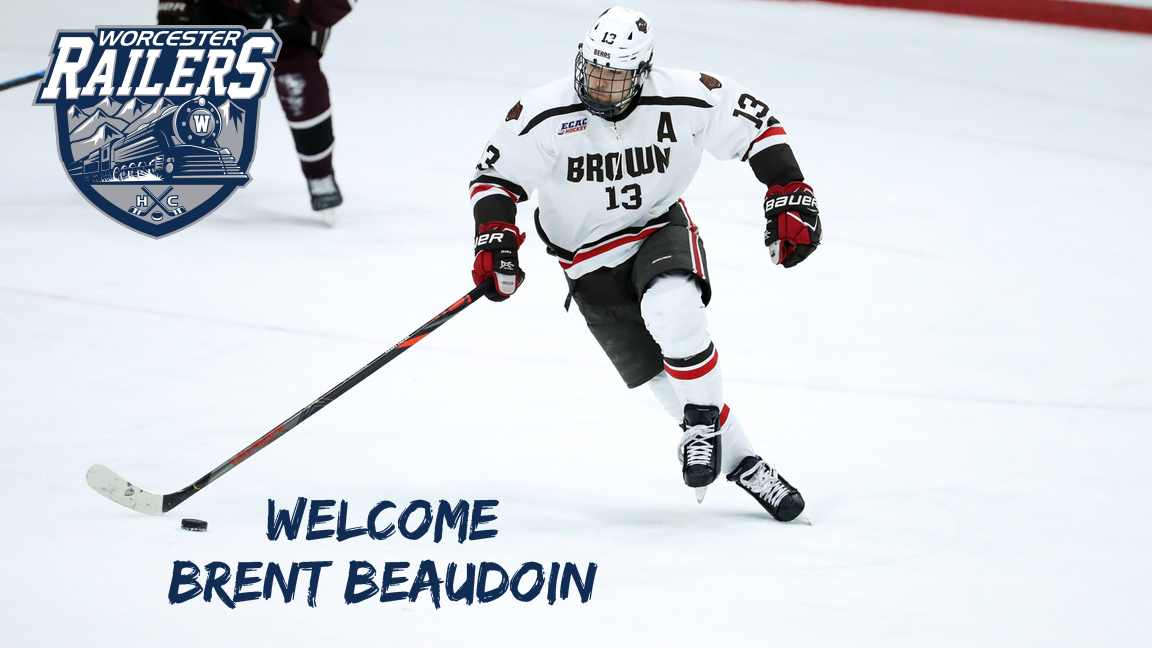 Brent Beaudoin, a 5-foot-10 180lb forward from Londonderry, NH joins the Worcester Railers after playing four seasons at Brown University from 2015-20 where he played 127 games accumulating 60 points (24-36-60). Beaudoin just finished his senior season with Brown serving as an assistant captain and led all forwards in scoring with 14 points (7-7-14) in 31 games.

Prior to his time at Brown University Beaudoin played for the Islanders Hockey Club in the USPHL Premier and five seasons with the New Hampshire Jr. Monarchs. In 2014-15 Beaudoin with the Monarchs in the Eastern Hockey League (EHL) he was named an EHL First Team-All Star finishing third in the league in scoring with 56 points (21-35-56) in 43 games.

Beaudoin will wear jersey number 15 and is expected to be in the lineup tonight vs. the Adirondack Thunder.

The Railers travel back to Portland to play the Mariners on Saturday, March 14 at 7pm before returning home on Sunday, March 15 to host the Norfolk Admirals at 3pm.  The first 2,500 fans will receive a team photo presented by Jimmy John’s. Score a SUNDAY FUNDAY ticket pack which include four tickets and four beverages (beer/soda) for just $60!