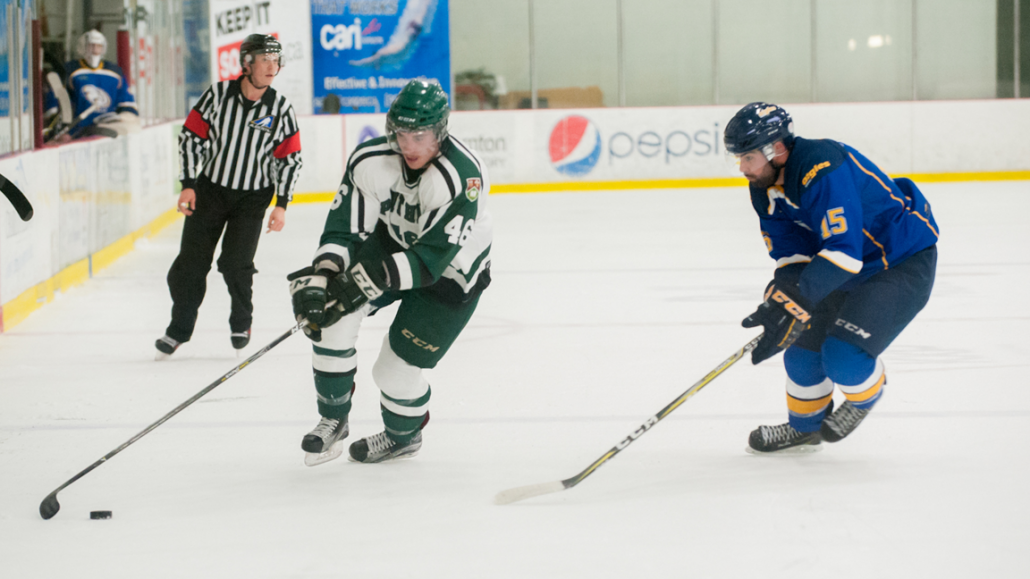 MacKinnon joins the Worcester Railers HC after spending the last three seasons with the University of Prince Edward Island (UPEI), where he recorded 12 goals and 36  assists for a total of 48 points in 82 games for UPEI.

“The Railers are excited to have Ryan make his professional debut with the club,” said Russell. “We look forward to working with him as he develops his game for the next level.”

The 23-year-old native of Summerside, Prince Edward Island MacKinnon will join the Railers for their game in Brampton on Tuesday, and wear #4 on the blueline.

On Tuesday, Feb 27 the Railers battle the Beast in Brampton, Ontario at 7:15pm in game seven of the seven-game road trip.

On Friday, Mar 2 the Railers finally return home and face the Wheeling Nailers at 7:05pm on a 2-3-4 Friday night!  Score $2 popcorn, $3 hotdogs, and $4 Bud Lights in the Bud Light Lounge.  It’s Marvel weekend as the Railers will wear a special Marvel themed jersey and Captain America will be in attendance!

On Saturday, Mar 3 the Railers host the Wheeling Nailers at 7:05pm on a BIG GAME SATURDAY!  The first 3,000 fans will receive a Captain America bobble.  It’s Marvel weekend as the Railers will wear a special Marvel themed jersey and Captain America will be in attendance!

Railers impressive in 4-1 road victory in Manchester The Worcester Railers return home for an action packed 3-in-3 weekend at the...
Scroll to top