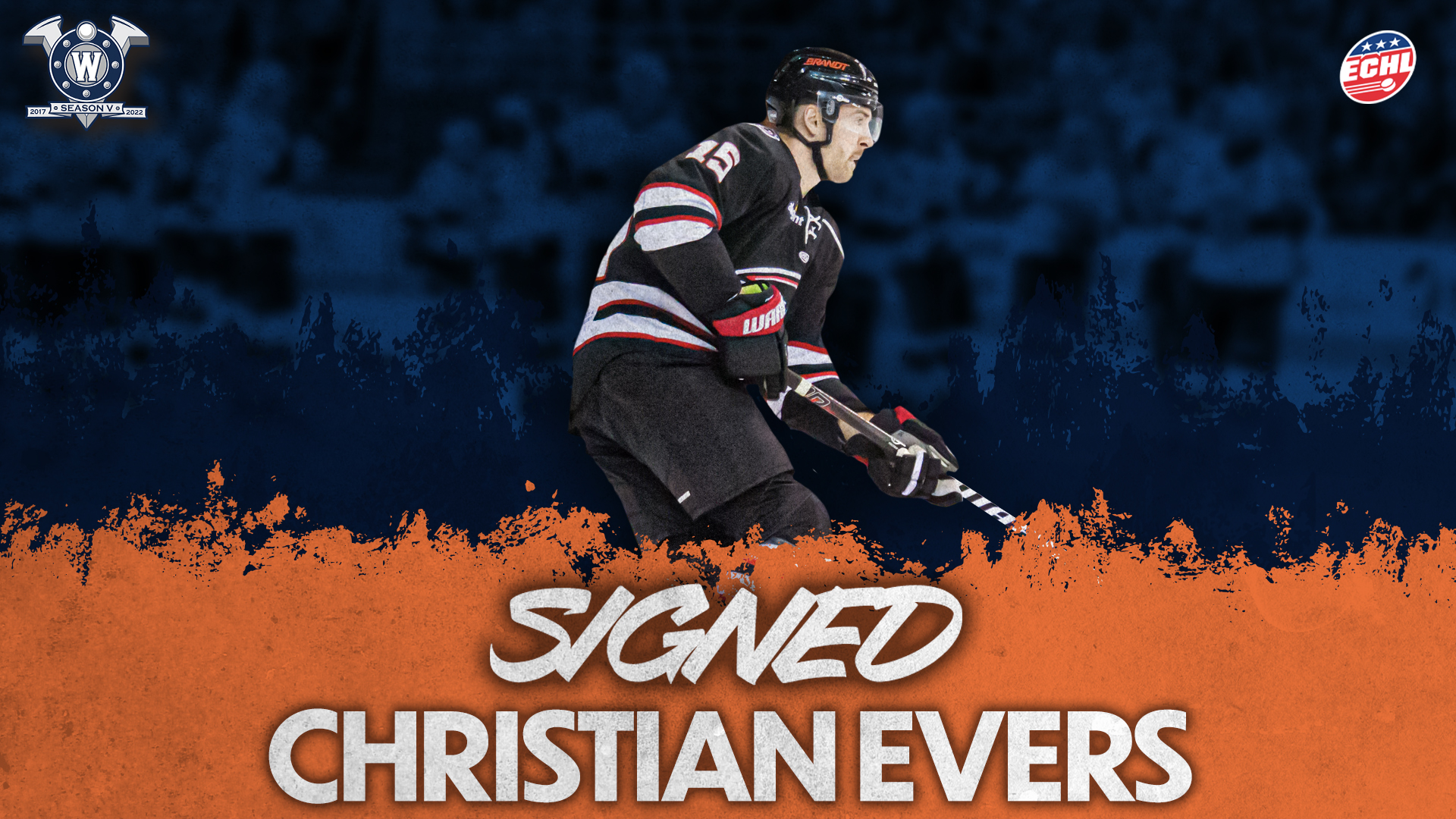 Evers, 25, is signed by the Railers for his second season of professional hockey after playing most of the 2021-22 season with the Rapid City Rush. In 44 games with the Rush, Evers notched ten points (0G, 10A) and recorded 30 penalty minutes. The Waukee, IA native played in his first AHL game on January 27th when he was loaned out to the San Jose Barracuda for a single contest against the Ontario Reign. On February 23rd, Evers was dealt to the Indy Fuel where he suited up in one game.

“Evers is a big kid who skates well for his size, and has a heavy, heavy shot,” Assistant Coach Jimmy Sharrow said. “We’re looking forward to working with him and developing him as a defenseman this year.”

Prior to playing professional hockey, the 6-2, 201lb defenseman spent four years playing for the Vermont Catamounts of Hockey East. In 100 games with Vermont, Evers tallied 34 points (14G, 20A) while recording 122 penalty minutes. Before joining Vermont, Evers was drafted first overall by the Lincoln Stars in the 2015 USHL Entry Draft. In two years with the Stars, Evers scored 32 points (10G, 22A) in 109 games while recording 101 penalty minutes.