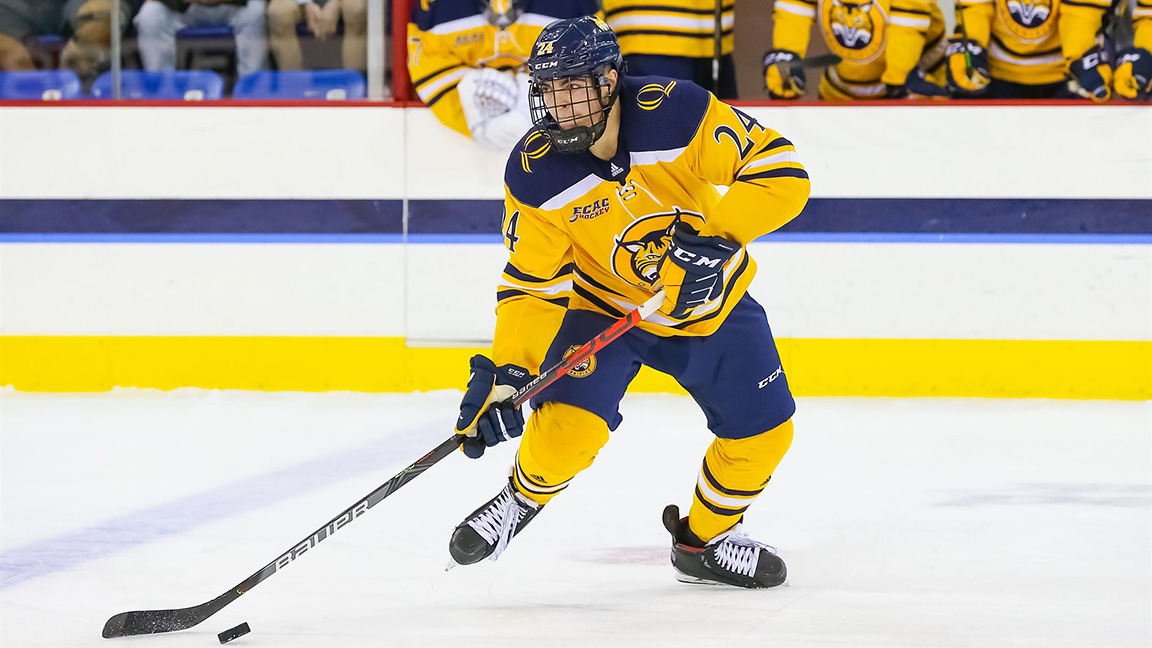 Less, 23, just wrapped up his final season of college hockey at Quinnipiac University tallying 20 points (4G, 16A) in 39 games. The 5-foot-11, 170lb defender helped lead the Bobcats to a 32-7-3 record this year en route to an ECAC regular season championship and a birth into the NCAA Tournament. The Kinnelon, NJ native played his first three seasons at Dartmouth College from 2017-20 appearing in 86 games for the Big Green totaling 16 points (2G, 14A).

Prior to collegiate hockey, Less played one season in the USPHL Premier with the New Jersey Hitmen during the 2016-17 season recording 27 points (3G, 24A) in 43 games. He played two seasons of prep school hockey in Connecticut at Choate Rosemary Hall from 2014-16 accumulating 23 points (6G, 17A) in 53 games.

The Railers hit the road this week for a three-in-three weekend in Newfoundland vs. the Growlers beginning Friday, Apr. 1 at 5:30 p.m.