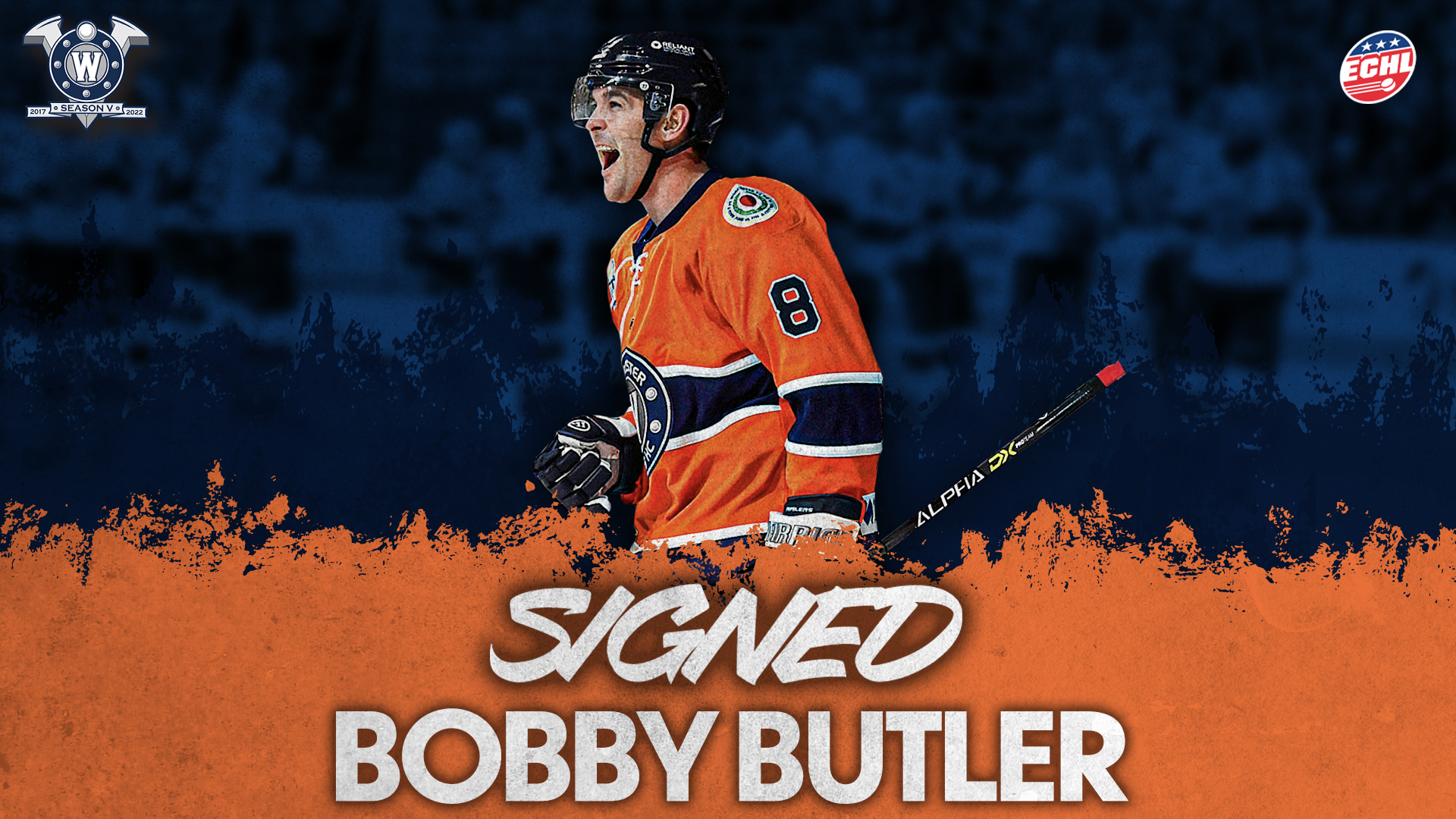 Butler, 35, joins the Railers for his first full professional season since his 2018-19 campaign with the Hartford Wolfpack of the American Hockey League. He joined the Railers for the first time on January 2nd, 2022, in a 5-2 win over Reading in which he had a goal and two assists. Butler went on to play in 20 games during the 2021-22 season, seeing professional competition for the first time since 2019. In this initial stint with the team, Butler recorded 16 points (6G, 10A) in his 20 games played. Butler played in his 600th professional game last season in a 4-0 loss to Newfoundland on April 2nd, 2022.

“Bobby is a massive addition to our team,” Lavallee-Smotherman said. “He really came through for us when we desperately needed bodies last season and I cannot wait to see what he will be able to produce being fully on board. We are equally as excited to have a player of his caliber on the ice this season as we are to have his experience and character off the ice.  He will be an amazing voice and example to our younger players and really be able to help them reach their full potential.”

The Marlborough, MA native played for Team USA at the 2018 Winter Olympics in Pyeongchang. He played 130 NHL games from 2010-14 with the Ottawa Senators, New Jersey Devils, Nashville Predators, and Florida Panthers accumulating 49 points (20G, 29A) in 130 career games. The 6-foot, 190lb forward has also spent parts of six seasons in the AHL with the Binghamton Senators, Albany Devils, San Antonio Rampage, Milwaukee Admirals, and Harford Wolfpack totaling 231 points (119G, 112A) in 357 career games. Butler won an AHL Calder Cup Championship with the Binghamton Senators in 2011 and is a three-time AHL All-Star (2011, 2013, 2015).

Prior to turning pro, Butler played four seasons at the University of New Hampshire from 2006-10 producing 121 points (61G, 60A) in 153 career games. During his senior season in 2009-10, he logged 53 points (29G, 24A) leading Hockey East in scoring, was selected as a First Team All-American, and was named a Hobey Baker finalist.

Kids Are Taking Over the Railers Opening Weekend Game on Sun., Oct. 23rd!
Scroll to top