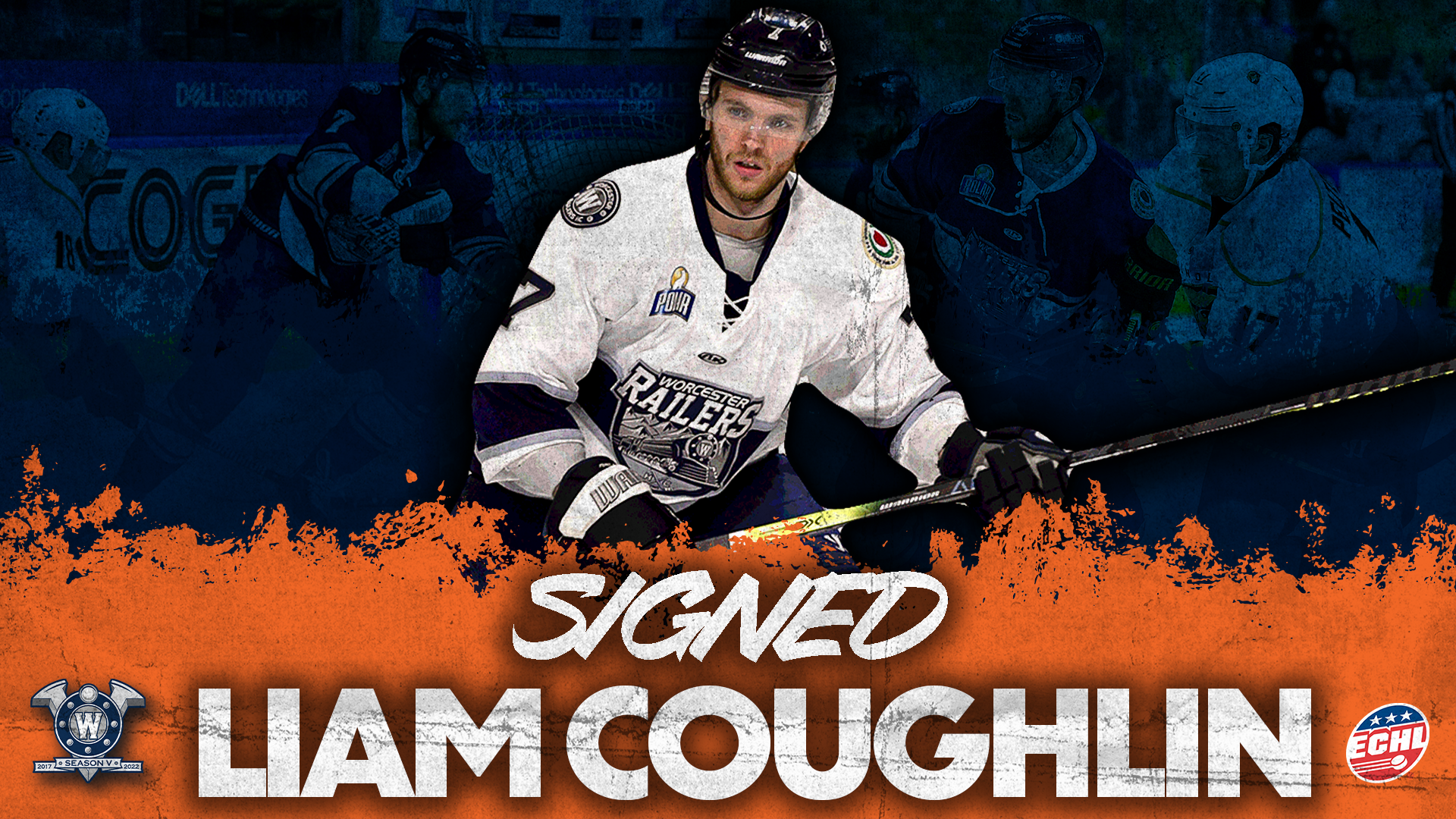 South Boston native returns for his second season with Railers

Coughlin, 27, enters his third professional after recording 33 points (9G, 24A) in 45 games for Worcester last season. The 6-foot-3, 210lb forward also played six games in the American Hockey League (AHL) last season for the Bridgeport Islanders, Springfield Thunderbirds, and Providence Bruins where he recorded one assist. Coughlin did not play during the 2020-21 season but during the 2019-20 campaign he tallied 17 points (six goals, 11 assists) in 39 games for the Indy Fuel while also appearing in two games with the Rockford IceHogs in the AHL.

Prior to professional hockey the left-handed shot played four seasons at the University of Vermont from 2015-19, accumulating 56 points (18 goals, 38 assists) in 129 career games. He played two seasons in the British Columbia Hockey League (BCHL) with the Vernon Vipers totaling 105 points (38 goals, 67 assists) from 2013-15 and helped the Vipers reach the BCHL Finals in 2014. Coughlin spent three seasons playing at Catholic Memorial in West Roxbury, MA and earned Division I Player of the Year honors during the 2012-13 season.

“We are extremely excited to have Liam back as a member of our team for the upcoming season,” Lavallee-Smotherman said. “He was a huge part of our team last season, dominant in the face-off circle, ability to play in all situations, making players around him better, and a great guy to have in the locker room.”

The Worcester Railers HC 2022-23 opening weekend at the DCU Center is Saturday, October 22nd and October 23rdat the DCU Center vs. the Adirondack Thunder. Season memberships for the 2022-23 season and group packages are on sale now by calling the Railers front office at 508-365-1750 or by visiting RailersHC.com.