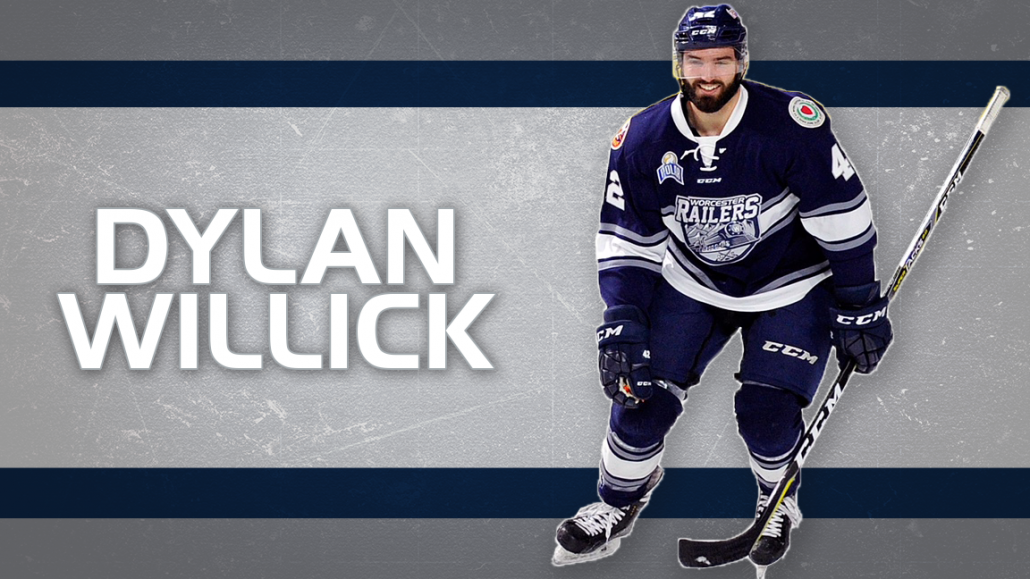 Dylan Willick returns to the Worcester Railers HC after making his professional debut with the club last season, in which he appeared in six games and recorded two goals and two assists for four points. He added an assist as well in three playoff games for the Railers.

Willick Joined the Railers after completing his senior year at the University of New Brunswick, where he spent five seasons, and skated in 138 games and amassed a total of 28 goals and 30 assists for a total of 58 points, and a plus-45 rating.

Before joining the Varsity Reds, Willick played 266 games with the Kamloops Blazers of the WHL, recording 80 goals, 77 assists, for 157 total points and a plus-9 rating. Dylan served as captain in his 2012-13 season.

“Dylan brings a wealth of experience for a rookie in the pro game,” said Russell. “He proved to be a responsible player with terrific hockey sense who will also add to our offensive game. He is a fantastic teammate and possesses a great work ethic and compete level.”