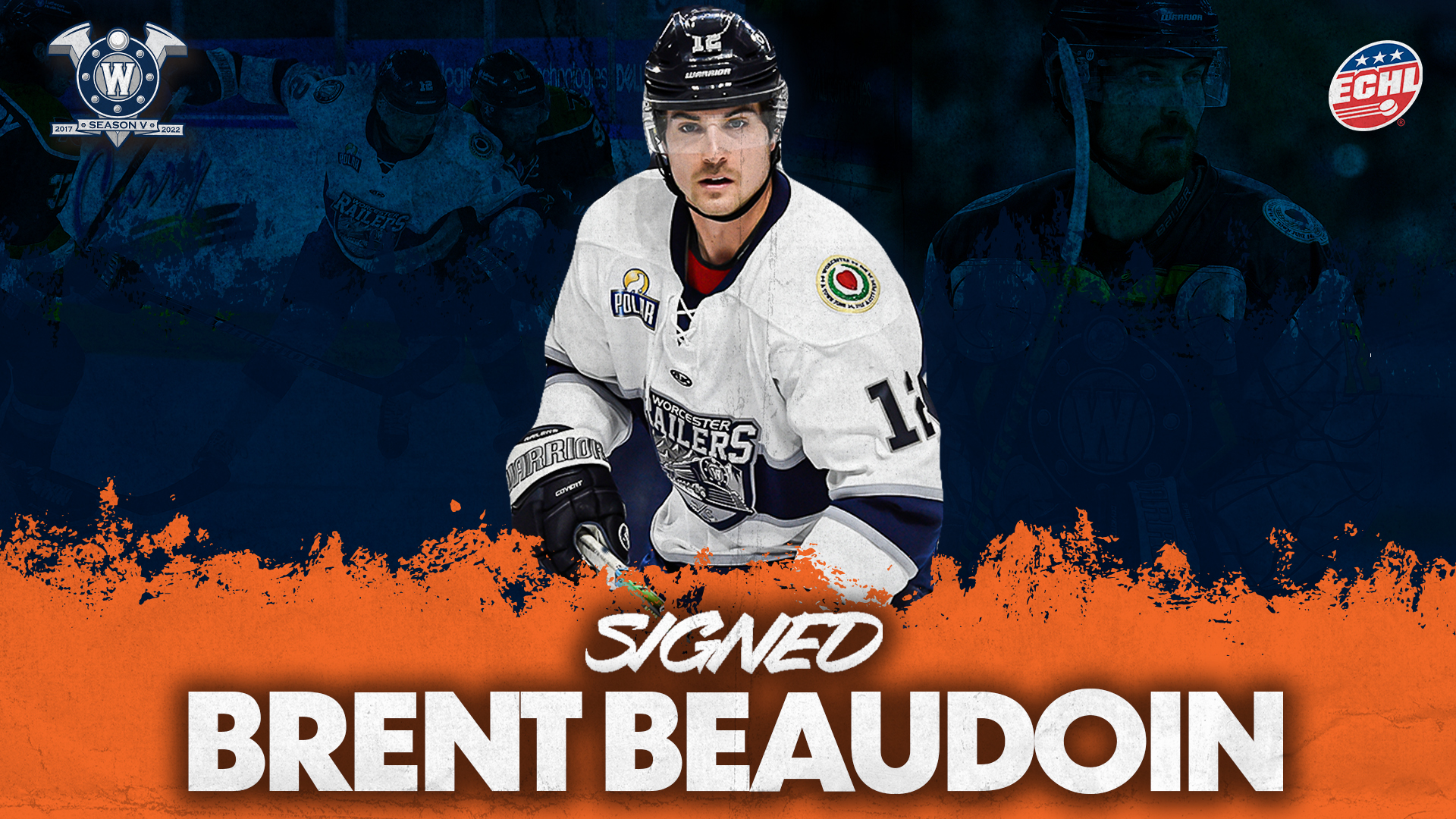 Beaudoin, 26, enters his second professional season after finishing tied for fourth in points last season with 40 (14G, 26A) for Worcester. His 14 goals ranked sixth on the club while his 26 assists ranked fourth. The Londonderry, NH native earned a call up with the Providence Bruins after the Railers season making his American Hockey League (AHL) debut on April 27. He finished the season playing four regular season games for Providence and one Calder Cup Playoff game. He made his professional debut on Mar. 10, 2019, helping lift the Railers to a 5-4 win over the Adirondack Thunder by scoring a goal and an assist en route to being named the number one star of the game after completing his senior season at Brown University.

Prior to pro hockey the 5-foot-11, 180lb forward played four seasons at Brown University from 2015-19 accumulating 60 points (24G, 36A) in 127 career games and never missed a game in his career. Before college hockey, he played for the Islanders Hockey Club in the USPHL Premier and spent five seasons with the New Hampshire Jr. Monarchs. He spent the 2014-15 season with the Monarchs in the Eastern Hockey League (EHL) where he was named an EHL First Team-All Star, finishing third in the league in scoring with 56 points (21-35-56) in 43 games.

“Brent’s hard work and desire to improve really showed through his play ending the season as one of our strongest players,” Lavallee-Smotherman said. “He earned himself some AHL games at the end of last year and I expect him to make a further push towards that come October.”

The Railers have announced six players officially signed for the 2022-23 season as Brent Beaudoin joins Jared Brandt, Noah Delmas, Nolan Vesey, Myles McGurty, and Liam Coughlin as the six signees. More announcements are expected over the next few weeks.