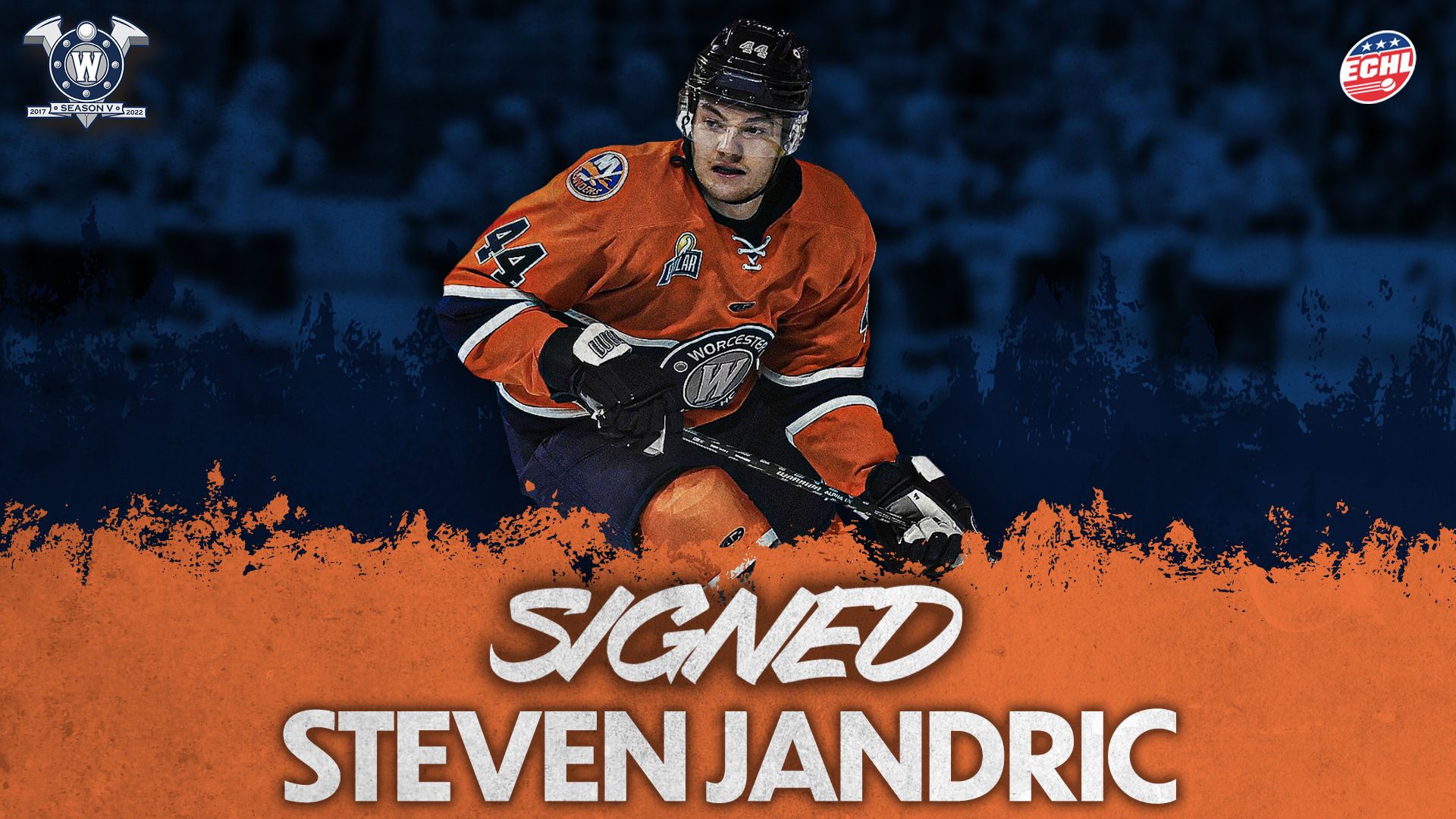 Jandric, 25, rejoins the Railers after being signed late by the team during the 2021-22 season. With Worcester last year, Jandric recorded eight points (4G, 4A) in 15 games played. He joined the club from Merrimack College with his teammate Max Newton upon the conclusion of their collegiate season. The Prince George, BC native was called up to play two games for the Providence Bruins of the American Hockey League last April and tallied one point (1G, 0A) with the team.

“Steve came to us last season and showed a lot of promise at the pro level,” Lavallee-Smotherman said. “We are excited to see what he can do with his experience from last season and a full off-season of pro hockey preparation”

Prior to playing professional hockey, the 6-0, 201lb forward split his collegiate career between three schools, as he played for the University of Alaska-Fairbanks, the University of Denver, and Merrimack College. In three years with Alaska-Fairbanks from 2017-20, Jandric notched 80 points (26G, 54A) across 107 games with the Nanooks. He then transferred to the University of Denver for the 2020-21 season where he recorded six points (1G, 5A) in 20 games played. Jandric then made his way to the Bay State and reunited with former Alaska-Fairbanks teammate Max Newton for the 2021-22 season at Merrimack College. With the Warriors, he would go on to score 28 points (8G, 20A) in his 34 games played.