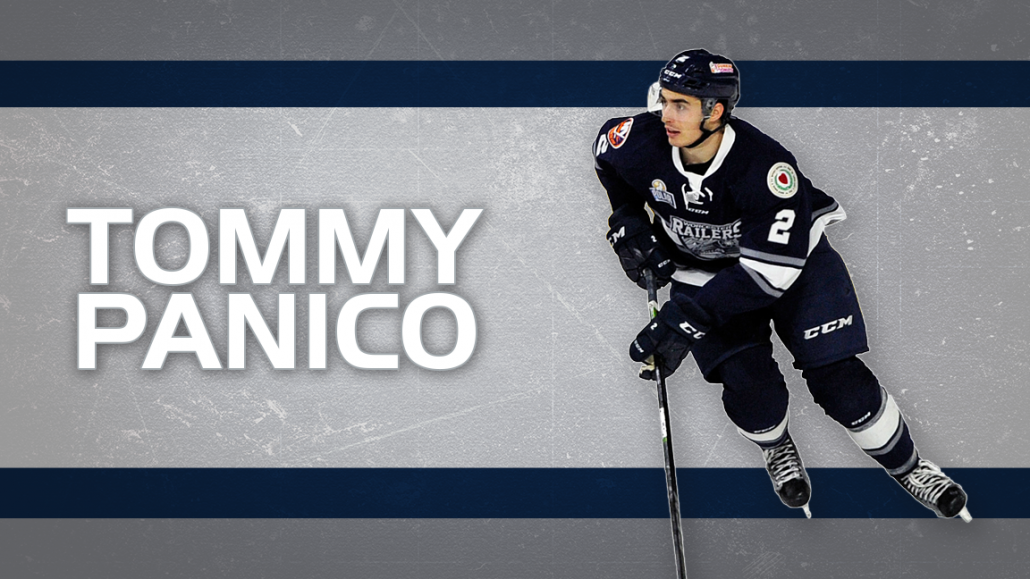 Panico made professional debut with the Railers in 2017-18 season

The 23-year-old Wall, NJ native returns to the Worcester Railers after making his professional debut with the Railers in the 2017-18 season, upon completion of his four-season career at UMass Lowell. The defenseman appeared in nine regular season games and five playoff games in his professional debut for the Railers. During the 2017-18 season, Panico received a call-up to the Iowa Wild of the AHL, in which he appeared in one game.

Prior to joining the Railers, Panico spent four seasons playing at UMass Lowell, where he skated in 31 games his senior year, collecting a career high 20 points including eight goals and 12 assists. His 20 points tied him at eighth among defensemen in the Hockey East, and second in goals for defensemen. In his four seasons with UMass Lowell, Panico played in 115 games and amassed 11 goals and 31 assists for 42 points.

Panico spent one season with the Muskegon Lumberjacks of the USHL before joining UMass Lowell. He played 52 games for the Lumberjacks and recorded two goals and 11 assists for 13 points.

“Tommy got a taste of pro hockey last year after the conclusion of his NCAA career,” said Russell. “He made a very smooth transition to the pro game as he earned a call up to the AHL and performed well in the ECHL Kelly Cup playoffs. Tommy makes a very good first pass, defends well and will see time on both special teams. We are thrilled to work together with Tommy to help him continue his development as we strive to take the next step in our growth as an organization.”

Railers Member Event at the Bravehearts
Scroll to top