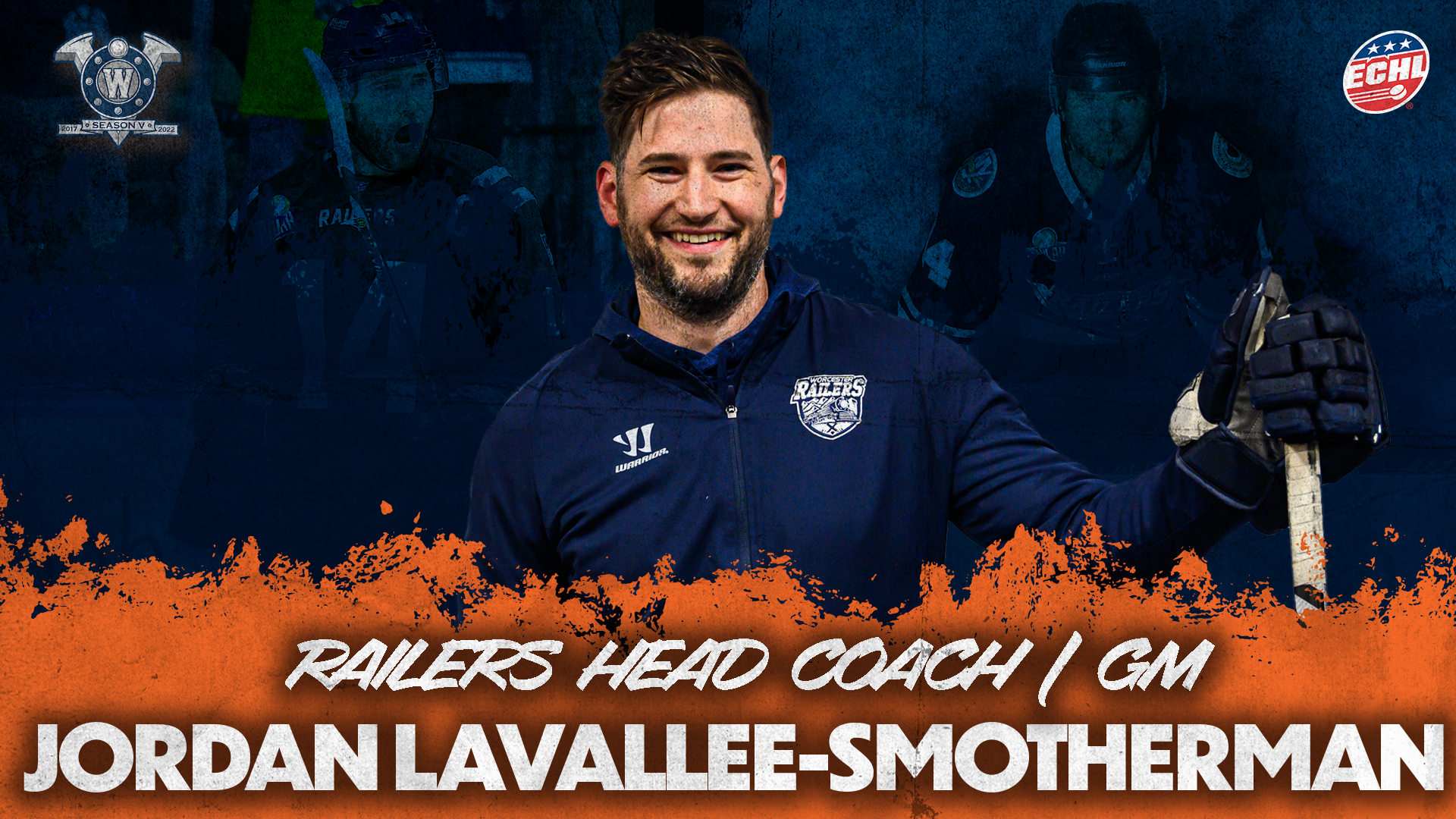 “We are very excited to name Jordan as our new Head Coach and General Manager,” Myers said. “This past season, he was a major asset to our organization, providing veteran leadership and leading our club in scoring. He has proven throughout his career that he is a winner having captured multiple league championships including an AHL Calder Cup. With 16 years of professional experience as a player, captain, and player assistant coach, we feel very confident that he will be able to help us take the next step forward on and off the ice.”

Lavallee-Smotherman, 36, joins the Railers behind the bench following a 16-year professional playing career where he captured an AHL Calder Cup in 2008 with the Chicago Wolves, a CHL Memorial Cup with the Quebéc Remparts in 2006, and an EIHL Cup with the Belfast Giants in 2019. The Westborough, MA native was drafted in the 2005 NHL Entry Draft by the Atlanta Thrashers in the 4th round (#116 overall). He made his NHL debut with the Trashers on March 31, 2008 and scored his first NHL goal on April 1, 2008. He went onto play parts of two seasons with Atlanta (2007-09) while also playing parts of five seasons in the AHL with the Chicago Wolves, Syracuse Crunch, Providence Bruins, and Springfield Thunderbirds accumulating 165 points (79G, 86A) in 374 career games. Lavallee-Smotherman was named to the ECHL First All-Star Team during the 2017-18 season as a member of the Manchester Monarchs totaling 72 points (34G, 38A) in 69 games. Over his 16-year professional playing career, he played parts of nine seasons overseas from 2011-21.

“It was a privilege to play my last season of professional hockey in Worcester and experience the fans in full force,” Lavallee-Smotherman said. “I’m extremely excited to begin my coaching career in a loyal and passionate city like Worcester. I am very grateful for the opportunity to continue to push the Railers in the right direction.”

Lavallee-Smotherman and the Railers will be announcing the first player signing for the upcoming 2022-23 season this Friday with more signings to come throughout the summer.

The Worcester Railers HC 2022-23 opening weekend at the DCU Center is Saturday, October 22nd and October 23rdat the DCU Center vs. the Adirondack Thunder. Season memberships for the 2022-23 season and group packages are on sale now by calling the Railers front office at 508-365-1750 or by visiting RailersHC.com.