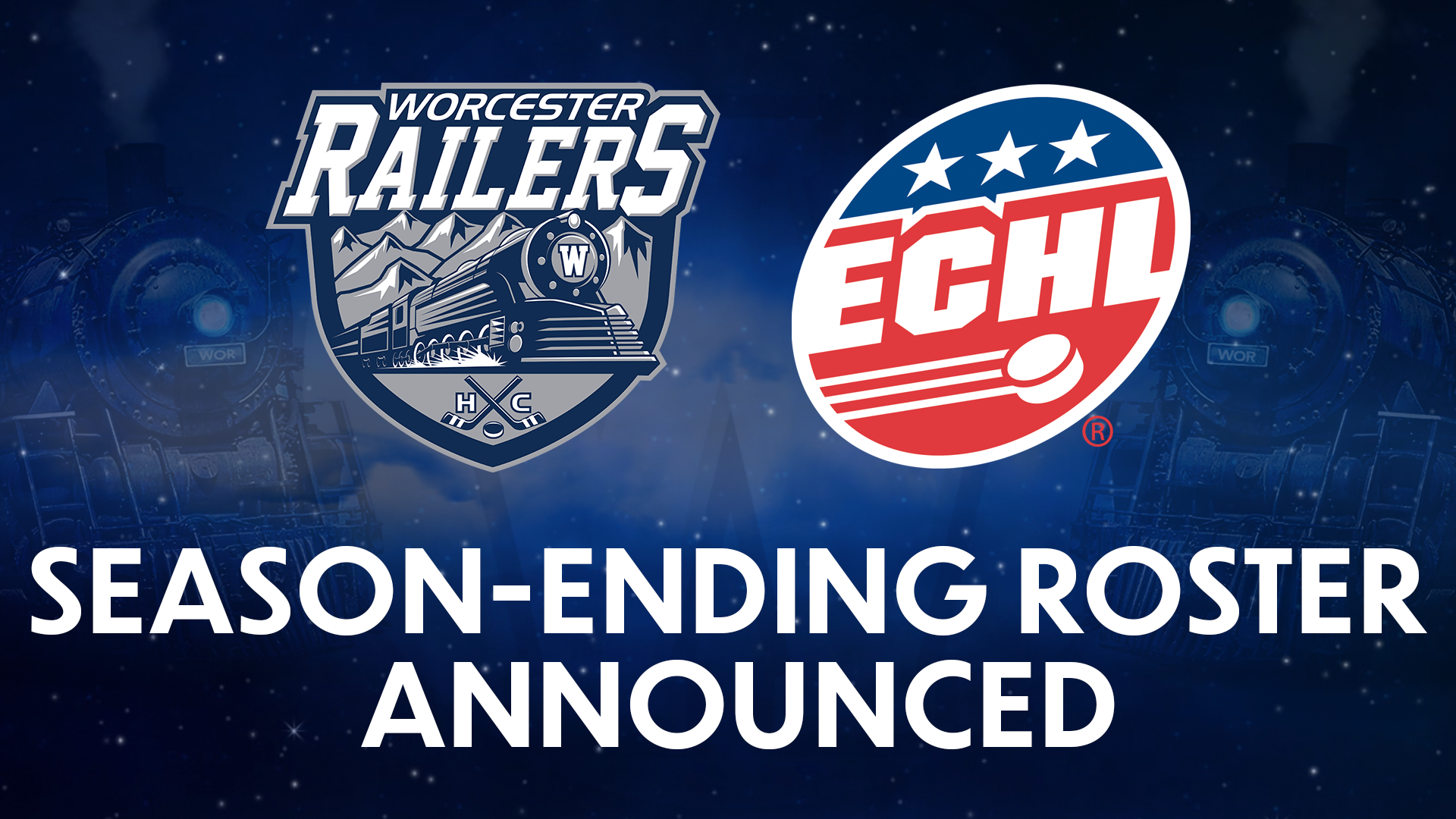 The Railers protect 12 forwards and 7 defensemen to the Season-Ending Roster. See below for a full breakdown:

Each team is entitled to reserve rights to a maximum of eight players from the list of 20 by extending a qualifying offer no later than 11:59 p.m. ET on June 30. Of the eight qualified players, no more than four can be veterans (260 regular season professional hockey games played as of the start of the 2022-23 Season). Players on open qualifying offers cannot be traded. Teams are not required to extend a qualifying offer to players who sign a contract prior to June 30.

Season memberships for the 2022-23 season and group packages are on sale now by calling the Railers front office at 508-365-1750 or by visiting RailersHC.com.