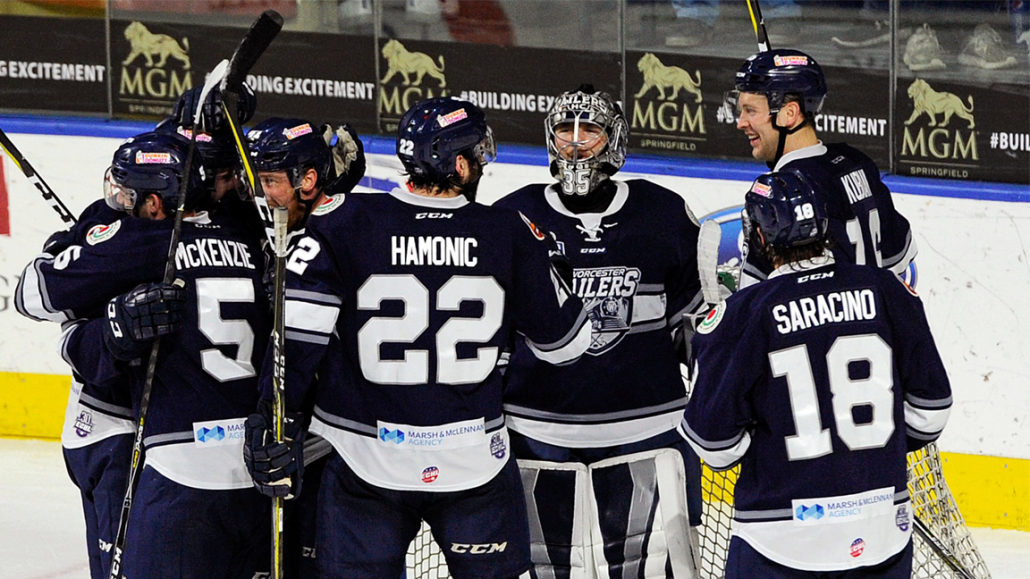 The Worcester Railers were 16 points behind the Wheeling Nailers on January 25 and were in 6thplace in the North Division.  The Railers have posted a 22-8-1-2 record since, which included a 15-3-1-0 record at the DCU Center.  Worcester finished with a 11-2-1 in their last 14 games overall outscoring their opponents 34-20.  The Railers went 8-2-2-0 vs. the Adirondack Thunder this season which includes a 5-1-1-0 record at the Cool Insuring Arena.