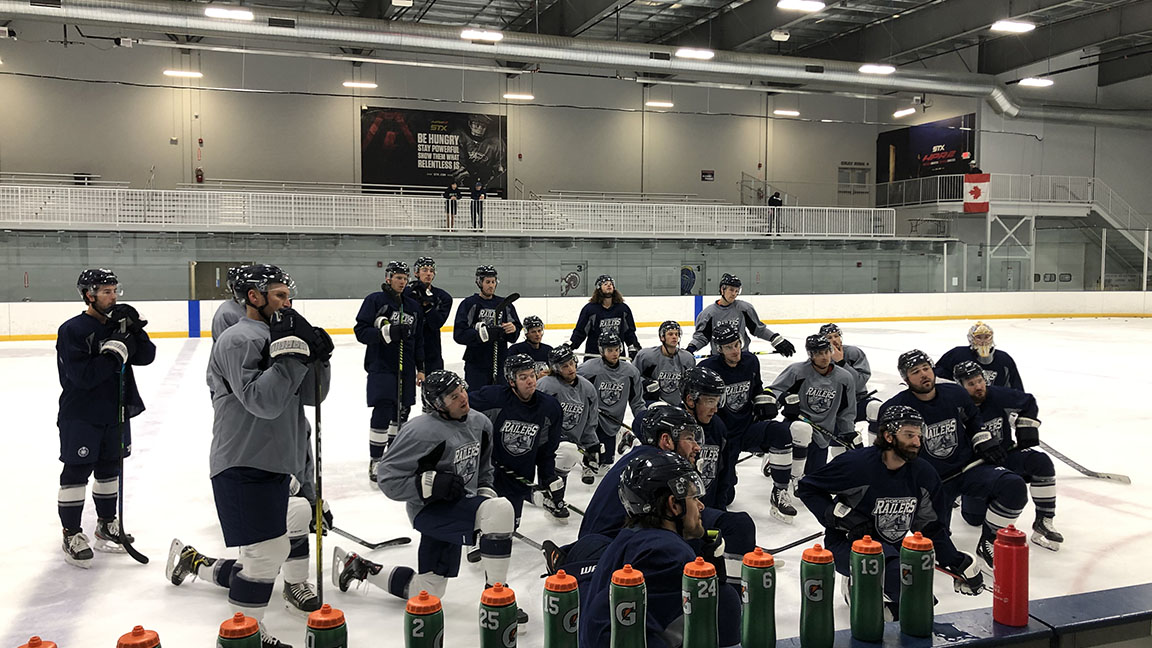 The 2021-22 Worcester Railers HC roster includes 26 players with 16 forwards, eight defensemen, and two goaltenders. The Worcester Railers HC begin their season Friday, Oct. 22 at the Cross Insurance Arena in Portland vs. the Maine Mariners at 7:15 p.m. and will host Maine Saturday, Oct. 23 at the DCU Center for the Railers Home Opener. Click HERE to get your tickets.

Click HERE for a more detailed roster. On Wednesday night it was announced that Jordan Lavallee-Smotherman will serve as the team captain for the 2021-22 season. The assistant captains on the road will be Drew Callin and Paul Thompson while the assistant captains at home will be Mike Cornell and Ross Olsson.

The Worcester Railers look forward to welcoming fans back to the DCU for their Home Opener on Oct. 23 vs. the Maine Mariners! Full season memberships, mini-plans, and group tickets are on sale now by calling the Railers front office at 508-365-1750 or by visiting railershc.com. Listen to all Railers games live on 98.9 Nash ICON with coverage beginning 30 minutes before puck drop with Cam McGuire. Watch all games online for a small fee at FloHockey.tv.

The Life of Jordan Lavallee-Smotherman: 15 Years of Professional Hockey