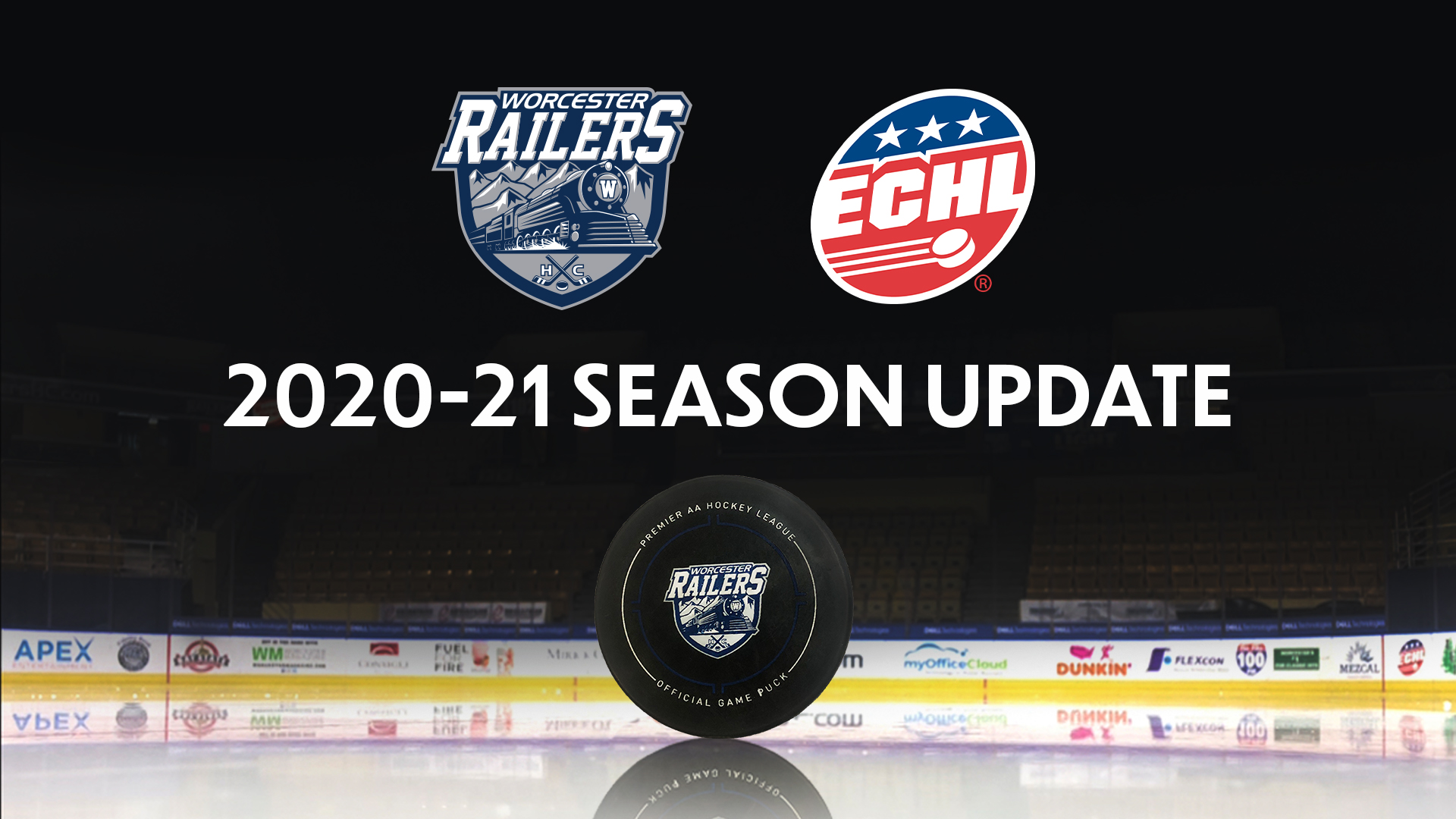 The Railers have announced in conjunction with the ECHL that the club has elected to cancel the 2020-21 season under a league approved COVID-19 Voluntary Suspension policy. Worcester Railers HC will return to play for the 2021-22 ECHL Season in October.

“This was an extremely difficult announcement for us to make,” said Railers HC owner, Cliff Rucker. “We tried everything in our power to make the 2020-21 season a reality for our staff, players, and the City of Worcester. Moving forward, the Railers are committed to Worcester and will continue to be a large part of this community as we prepare to hit the ice again in October 2021.”

The club will now shift focus on connecting with Railers HC members and corporate partners in preparation for building an exciting 2021-22 ECHL season. Please click HERE for the most up to date information regarding any ticketing procedures and memberships.

“Although we are extremely disappointed, it is vital for us to continue to move forward,” said Railers HC President, Stephanie Ramey. “It will be our priority to communicate with our members, corporate partners, and our fans over the next several weeks as we prepare for the return of ECHL hockey to Worcester.”

Worcester Railers HC was joined today in this announcement by the North Division of the ECHL, which includes Adirondack Thunder, Brampton Beast, Maine Mariners, Newfoundland Growlers, and Reading Royals. The North Division joins the Atlanta Gladiators and the Norfolk Admirals, who announced voluntary suspension earlier this Fall.

Under the terms of the ECHL/PHPA Collective Bargaining Agreement, all Worcester Railers HC players are free agents for the 2020-21 season immediately.

“The Railers are incredibly important to the Worcester hockey community,” said Chief Operating Officer, Michael Myers. “We wish our players the best of luck this season and look forward to building a Kelly Cup contending club for the 2021-22 season.”

Under the current league model, 13 teams will begin the season on December 11, 2020 with several other teams scheduled to start January 15, 2021.

“As we continue to navigate the continually changing regulations across North America, we recognize the difficult nature of this decision,” said ECHL Commissioner Ryan Crelin.“While some of our teams’ host cities have allowed upcoming plans to include fans inside arenas, we unfortunately do not see the same path for these highly-affected areas in the North East.”

Began in 1988-89 with five teams in four states, the ECHL has grown into a coast-to-coast league with 26 teams in 19 states and two Canadian provinces for its 33rd season in 2020-21. There have been 678 players who have gone on to play in the National Hockey League after starting their careers in the ECHL, including 16 who made their NHL debuts in the 2019-20 season. The ECHL had affiliations with 25 of the 31 NHL teams in 2019-20, marking the 23rd consecutive season that the league had affiliations with at least 20 teams in the NHL. Further information on the ECHL is available on its website at ECHL.com as well as on Twitter and Facebook.