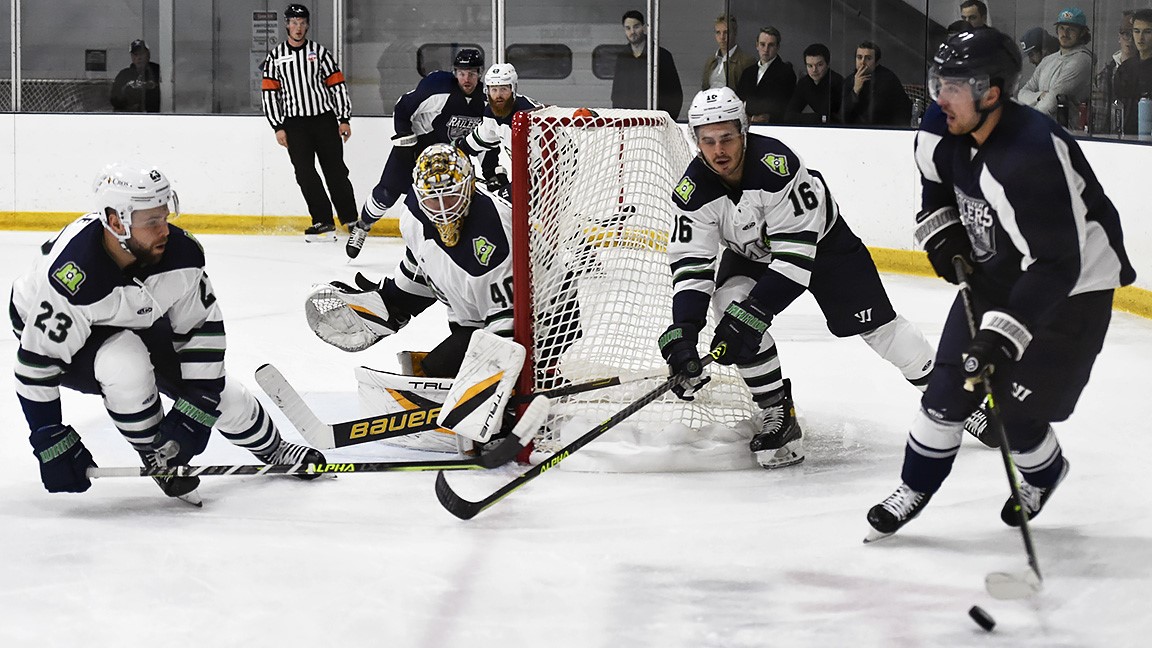 Preseason Meeting 1 of 2 vs. Maine this preseason

Railers are 0-1-0-0 vs. the Mariners this preseason

Railers and Mariners set to face off in Maine in Auburn, ME on Sunday

Worcester, MA – The Worcester Railers HC (0-0-0-0) lost to the Maine Mariners (0-0-0-0) on Saturday evening by the final score of 1-0 in front of a crowd of 624 at the Fidelity Bank Worcester Ice Center. The Railers will travel to Auburn Maine to face off against the Mariners in the second half of the two-game home-and-home set for a 5:00 puck drop.

Both teams showed signs of sloppiness throughout the first, with passes through the neutral zone getting picked off both ways consistently. Worcester got the brunt of the offensive looks in the first period, as they outshot Maine 7-5. Both Ken Appleby in net for Worcester, and Brandon Bussi were solid through 20 minutes

Out of the gate in the second, Maine held possession of the puck in the attacking end for almost the entirety of the frame’s first seven minutes. Maine took until the 10:11 mark of the second period to break the ice and notch the game’s first goal. Nick Master (1st) came striding down the left side of the attacking end on Ken Appleby, took a shot off his left pad, then collected the rebound and potted it for the game’s first goal. and wrapped it around the outstretched Appleby to open scoring 1-0. Worcester Failed to record a shot on net in the second period across the first 13 minutes of the frame. Maine outshot Worcester 12-2 in the second, and 19-9 entering the third.

Maine continued to dominate puck possession in the third period, limiting Worcester’s offensive opportunities. Neither team found the back of the net in the period, as the game reached its final score of 1-0 after sixty minutes of play. Maine outshot Worcester 8-6 in the period and 25-15 in the game.

Final shots were 25-15 in favor of Maine… Brandon Bussi (1-0-0) made 15 saves on 15 shots for Maine… Ken Appleby (0-1-0) made 24 saves on 25 shots for Worcester, while Henrik Tikkanen served as the backup… Worcester went 0-for-2 on the power play while Maine went 0-for-5… Connor McCarthy (DNP), Noah Delmas (DNP), Blade Jenkins (DNP), Trevor Cosgrove (DNP), Collin Adams (DNP), Brent Moran (DNP), and Reece Newkirk (DNP) did not dress for Worcester… Anthony Repaci, Zack Bross, Phil Beaulieu, and Connor Breen each led the Railers in shots with 2…