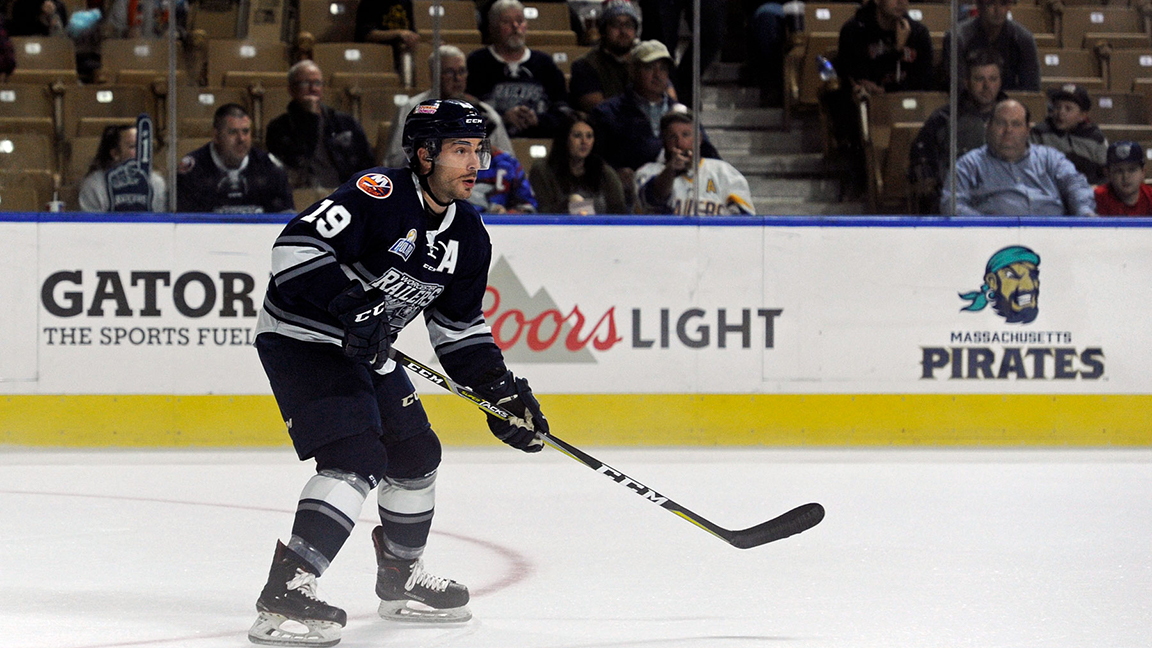 Veteran forward and the Railers all-time leader in games played (140), goals (44), assists (69), and points (113), Barry Almeida, has added a new accolade to his resume as he will serve as a Player Assistant Coach joining GM/HC Jamie Russell and AC Derek Army.

The Railers have seven players on the opening night roster that have been drafted in the NHL highlighted by Henrik Samuelsson who was taken in the 1st round, 27th overall, in the 2012 NHL Entry Draft by the Arizona Coyotes. Samuelsson will be the first Railer to have played in the NHL as he played three games with the Coyotes during the 2014-15 season. Goaltender Jakub Skarek was selected in the 3rd round, #72 overall, in the 2018 NHL Entry Draft by the New York Islanders and is on the second year of his three-year entry level contract with the Railers.

Railers host Mariners on 2-3-4 Friday with an early Halloween Celebration!
Scroll to top