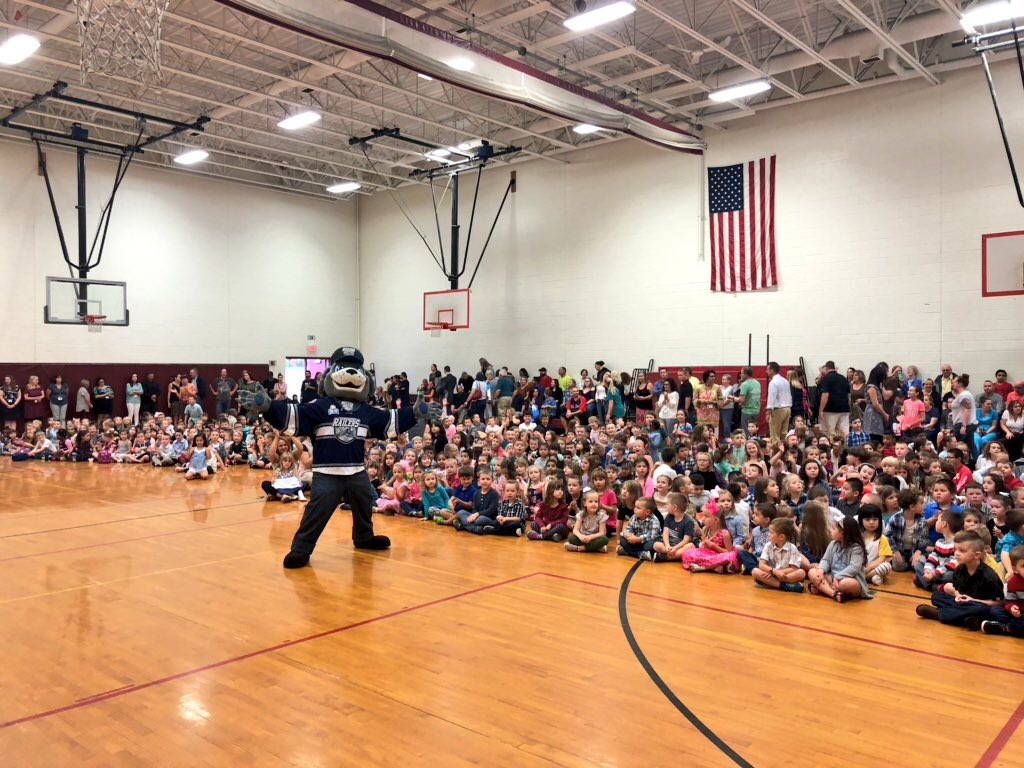 WORCESTER, MA – The Worcester Railers Hockey Club (@RailersHC), proud ECHL (@ECHL) affiliate of the New York Islanders (@NYIslanders) announced today that they have been awarded with the 2018-19 ECHL Community Service Award at the ECHL League Meetings on June 20 in Las Vegas, NV.

The Worcester Railers HC have been selected as the winner of the 2018-19 ECHL Community Service Award in recognition of their commitment on being a leader in the greater Worcester community.

“The Worcester Railers HC is a community first organization and we take great pride on being a terrific partner in the Worcester community and beyond,” said Railers president Mike Myers. “It is a full team effort starting with our owners Cliff and Susan Rucker, our front office staff led by Paul Harris, our interns, hockey staff and players, corporate partners and members, the Worcester Railers HC Booster Club, and our mascot TRAX. We are honored to receive the award and look forward to our continued support in the Central Massachusetts community.”

The Railers flagship community program Skate to Success brought over 2,000 Worcester Public School fourth grade students to the Fidelity Bank Worcester Ice Center again last season. The students were taught to skate by players, coaches, staff, and corporate partners, fed lunch, and received a jersey shirt and Railers memorabilia at no cost courtesy of The Hanover Insurance Group, Fallon Health, Worcester Business Development Corporation, CCM and the Niche Hospitality Group. In addition, 50 graduates of the program received a scholarship for the WIC’s learn to skate program.

Additionally, the Railers partnered with the Worcester Bravehearts for the Ticket to Read program in which Railers players and TRAX visited over 25 local schools to promote reading by providing incentives. In conjunction, the Railers organized two library renovations at Lake View Elementary School and Vernon Hill Elementary School, which included redesigning, painting, and creating a fun educational place for the students to go study and read.

The Railers mascot TRAX made over 300 public appearances ranging anywhere from schools, hospitals, community festivals, nonprofits, along with member, booster, and charity events.

“Our goal from Day 1 was to be a leader in the community and lead by example for the other ECHL clubs,” said Harris. “We have another busy summer planned and can’t wait to expand our community footprint as we get ready for our third season in Worcester.”